Firefighters were at the scene of a fire in Colona on Wednesday afternoon, September 30. 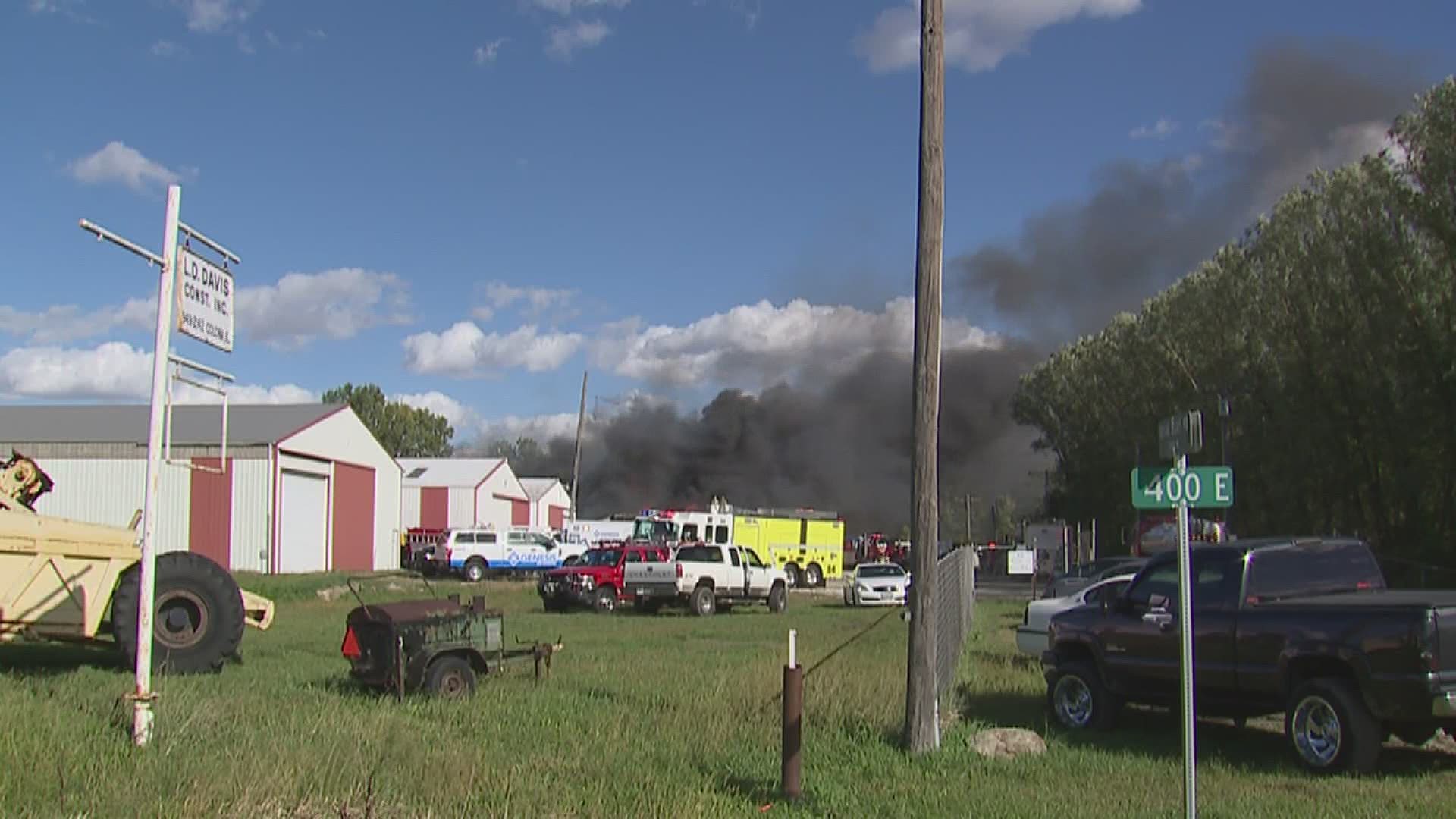 COLONA, Ill. — A fire in Colona, Illinois broke out on a property near Illinois Highway 84.

The property owner, Judy Davis, tells News 8 she noticed smoke between 1 p.m. and 2 p.m. on Wednesday, September 30, prompting her to call 911.

Fire raged nearly 20 feet high after propane tanks exploded in one of the buildings on the property, which is located on Briar Bluff Road.

The Colona Fire Department says right now the cause of the fire is unknown.

The deputy fire chief says there were between 15 and 20 area fire departments called in to help fight the flames.

Davis said there were two other people on the property when the fire broke out, but there were no reported injuries.

Crews were able to contain the fire to just the one building.

Deputy Fire Chief Kirk Wyffles says that if the building had been in a different place or the wind blowing in a different direction they might not have been as lucky.

"With the wind today it's pretty heavily windy it didn't help at all. Really feeding the fire today."

Crews were leaving the scene around 5 p.m.