Fire breaks out at hog containment near Sherrard

A hog containment facility between Preemption and Sherrard caught on fire Friday evening. 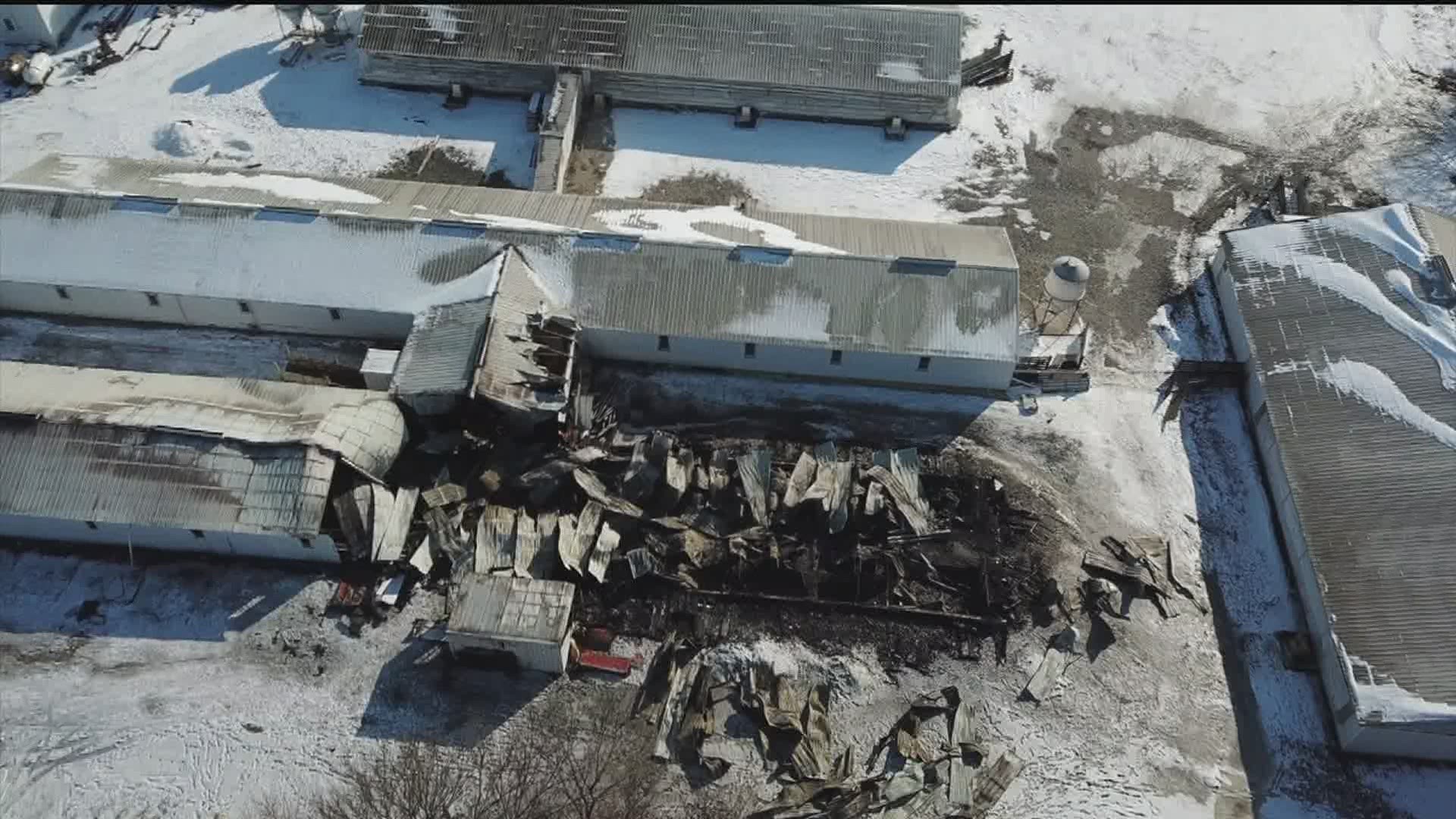 SHERRARD, Ill. — Firefighters fought off the bitter cold and a fire that broke out at a hog containment facility between Sherrard and Preemption.

The fire appeared to have broken out around 6 p.m. on Friday, February 14th. Eight fire departments from the area brought water tankers to scene to combat the blaze, and Moline air and ambulance services were also present.

The fire was extinguished later in the night. By the time the action was over, much of the fire equipment had iced over due to below-zero wind chills.

The Gochee family, who owns the farm, says that the building was about half full of pigs, who were all lost to the fire. The family says that they are thankful for the effort of all the fire departments who braved the sub-zero temperatures to contain the fire. The firefighters were able to limit the fire to the original building and save the four other structures on the property.

The family believes the cause of the fire to be an electrical malfunction.