A funny exchange between two local businesses turned into a donation drive that has pulled in over $2,000. 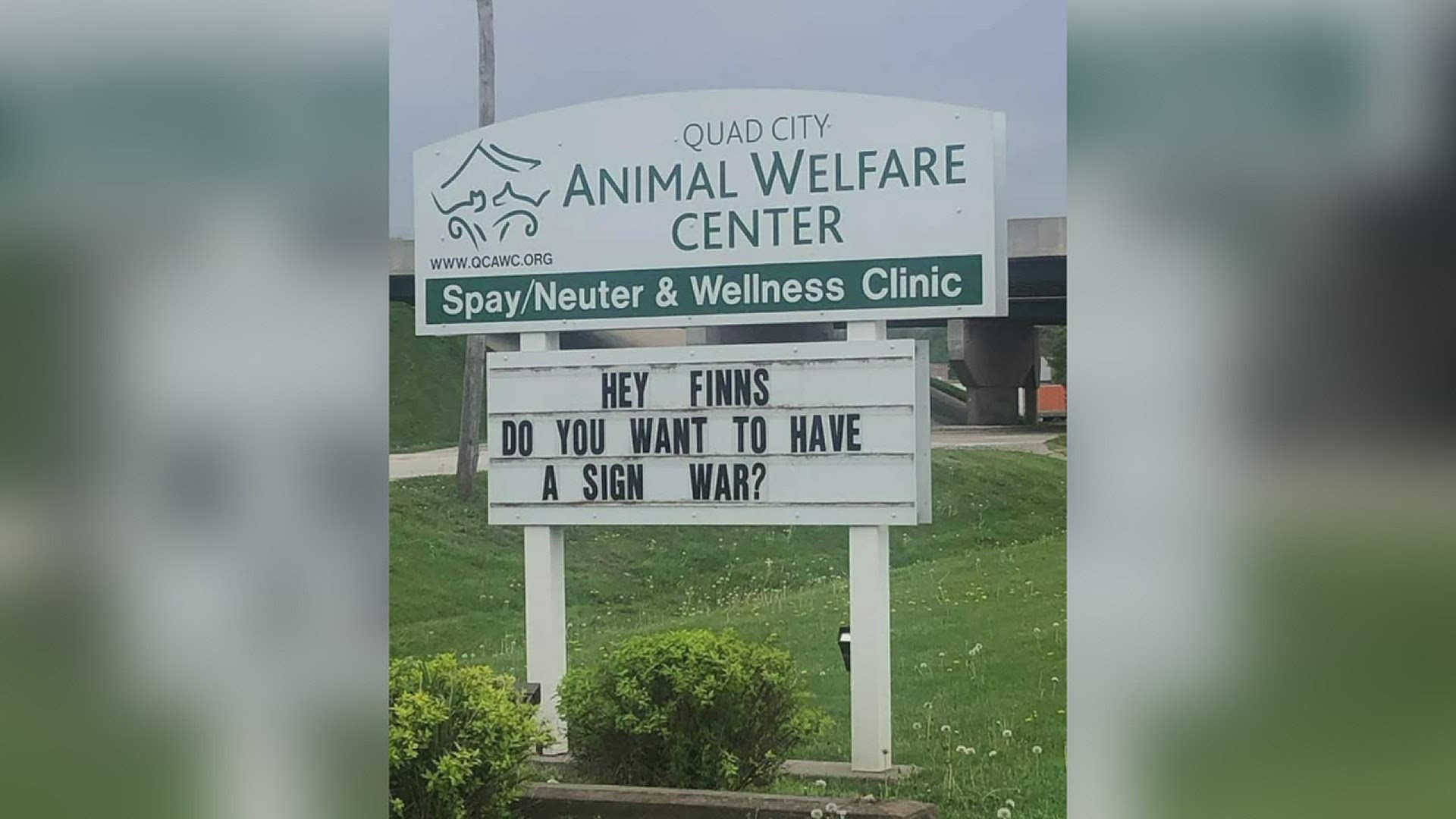 MILAN, Ill. — A public exchange between two local businesses has turned into a fundraiser that's pulled in over $2000.

Finn's Grill and the Quad City Animal Welfare Center began addressing each other through their signage on Tuesday, May 4, beginning a "sign war."

Both groups continued the conversation on May 5.

On Thursday, May 6, Finn's Grill took the opportunity to turn the exchange into something more.

Finn's Grill also offered to accept $1 donations in the store, and offering to match each one up to another $1,000.

According to Finn's Grill, fans hit the $2000 share goal with four hours of the post's publishing.