Julie Bowser's family held a memorial in her honor Saturday at Camden Park in Milan. 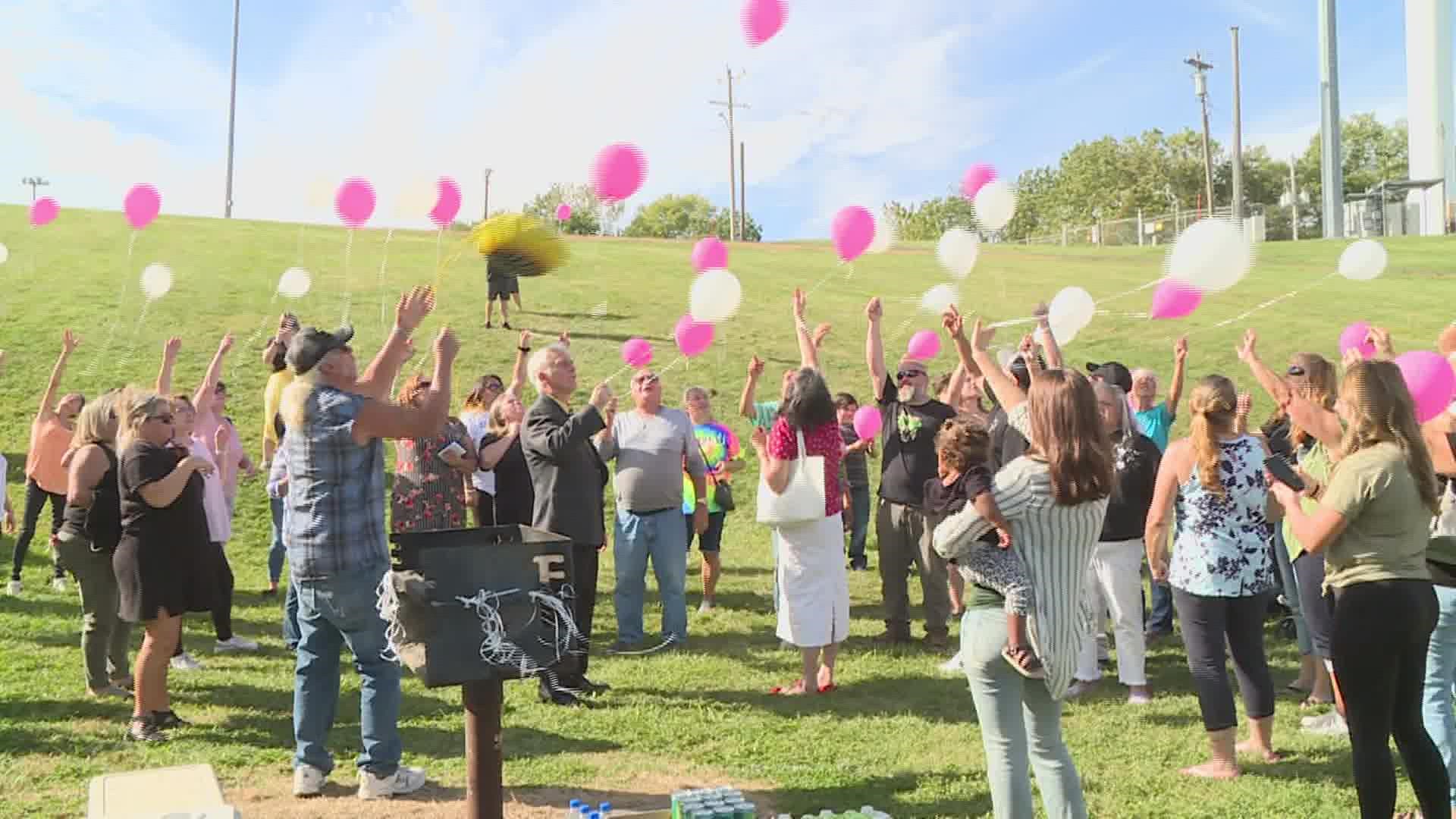 Bowser's family held a memorial in her honor Sunday, Sept. 26. at Camden Park in Milan.

Family and friends gathered in prayer during the picnic-style memorial before a balloon release. There were 54 balloons to represent Bowser's age.

Bowser's sister, Lisa Bowser says she wants people to remember her for her life and not the manner of her death.

“Julie was a free spirit. She lived by her own rules, her own way, very spunky, she loved to laugh. Oh my god that laughter was just beautiful," said Bowser.

Ward Davis, 39, was arrested and charged for first-degree murder in the death of Julie Bowser.

Police say the relationship between Bowser and Davis is still unknown.

“He took our sister, took my mama's daughter. He took a mother from her children, a grandmother from her grandchildren. It should've never happened,” said Bowser.

Lisa says Julie's character and personality is most memorable but will be remembered by her love for nature and impact on others' lives.

“I'm in awe at how much she had touched so many people's lives," said Lisa Bowser. “She was a good hearted person that didn't even know how good hearted she was herself.”

Davis' bond has been set at $1 million. Court records report a preliminary hearing is scheduled for 8:30 a.m. Oct. 5.