Since 1869, 47 law enforcement officers have died while on duty. The most recent was in 2020, when Hampton Police Chief Terry Engle died on the job. 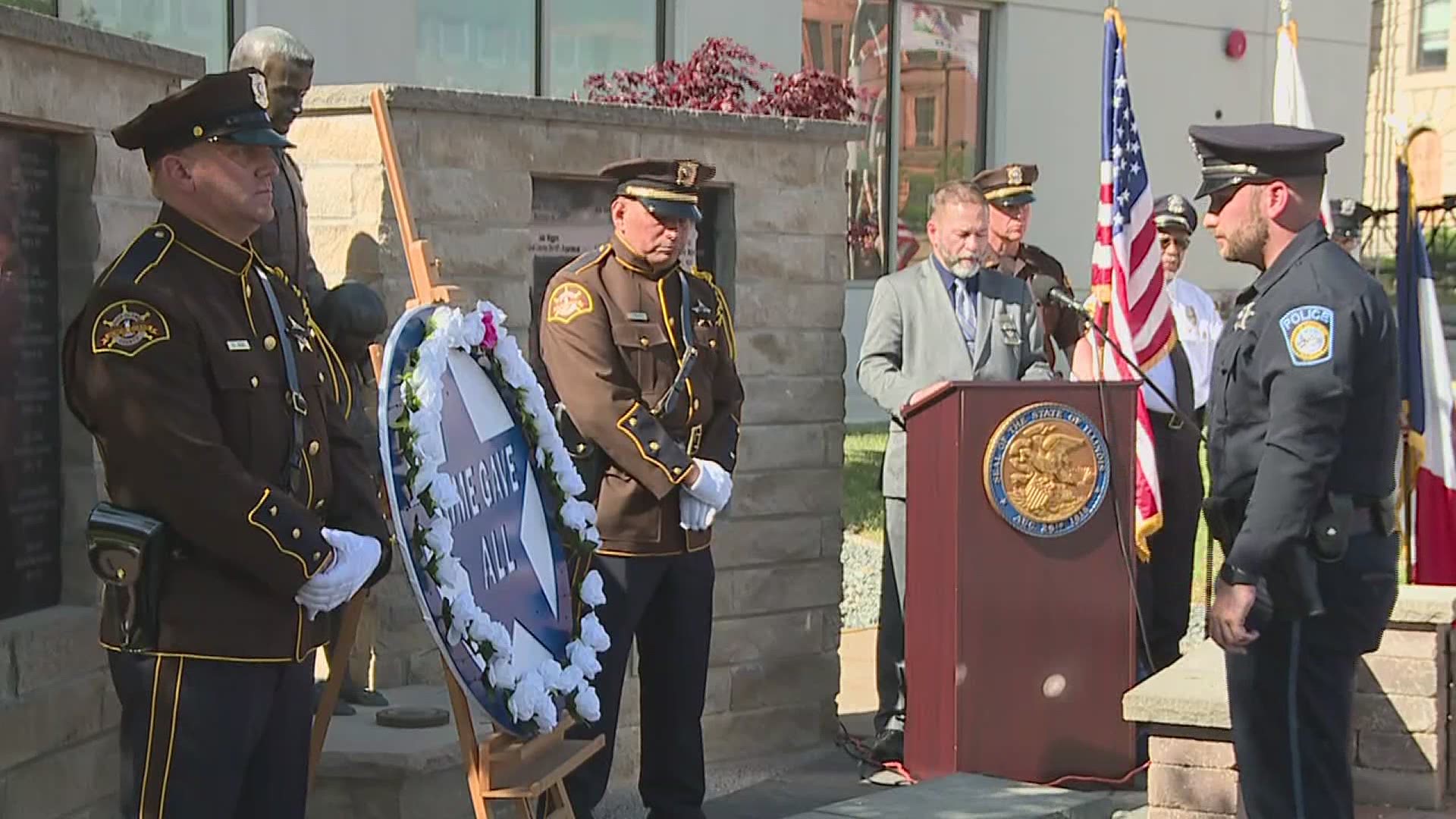 "There’s a lot of blame that goes around, you think if I just turned that corner a little bit earlier, just the many one things that go through your mind," Robinson said.

Law enforcement from across the area held their annual memorial service on Sunday. It started at LifeBridge Church in Davenport with prayer and speeches.

When the service ended, police officers from several departments, including the Davenport Police Department and the Illinois State Police, led the group in a five-mile procession. That procession went across the Centennial Bridge and into Rock Island, ending at the justice center.

This was the first step in remembering the 47 Quad City area officers who, since 1869, have died while on duty.

Garmon helped organize Sunday's memorial service, and is the past president of the Quad CIty Law Enforcement Memorial organization.

During a ceremony at the justice center, each of the 47 names were solemnly read.

"Unfortunately that’s a number that continues to grow," Garmon said.

There is a national law enforcement memorial in Washington, D.C. There are more than 22,000 names listed on that memorial.

Family honored their loved ones, too, by placing a flower on a wreath next to the permanent memorial.

Names include officers who worked at the state, county and local levels, corrections officers, and even a police explorer killed while sitting in a police car, Garmon said.

"It tells a story on behalf of all those officers that have given so much," Garmon said of the memorial.

That story was capped with a 21-gun salute, and taps was played.

The officers answered their call, with officers on Sunday standing behind them.

"The sacrifice of the 47 people on the memorial are testament to that," Garmon said.