Everything you need to know about the 2020 Illinois Primary

Here you can find where to check where your polling place is and if you're registered to vote. 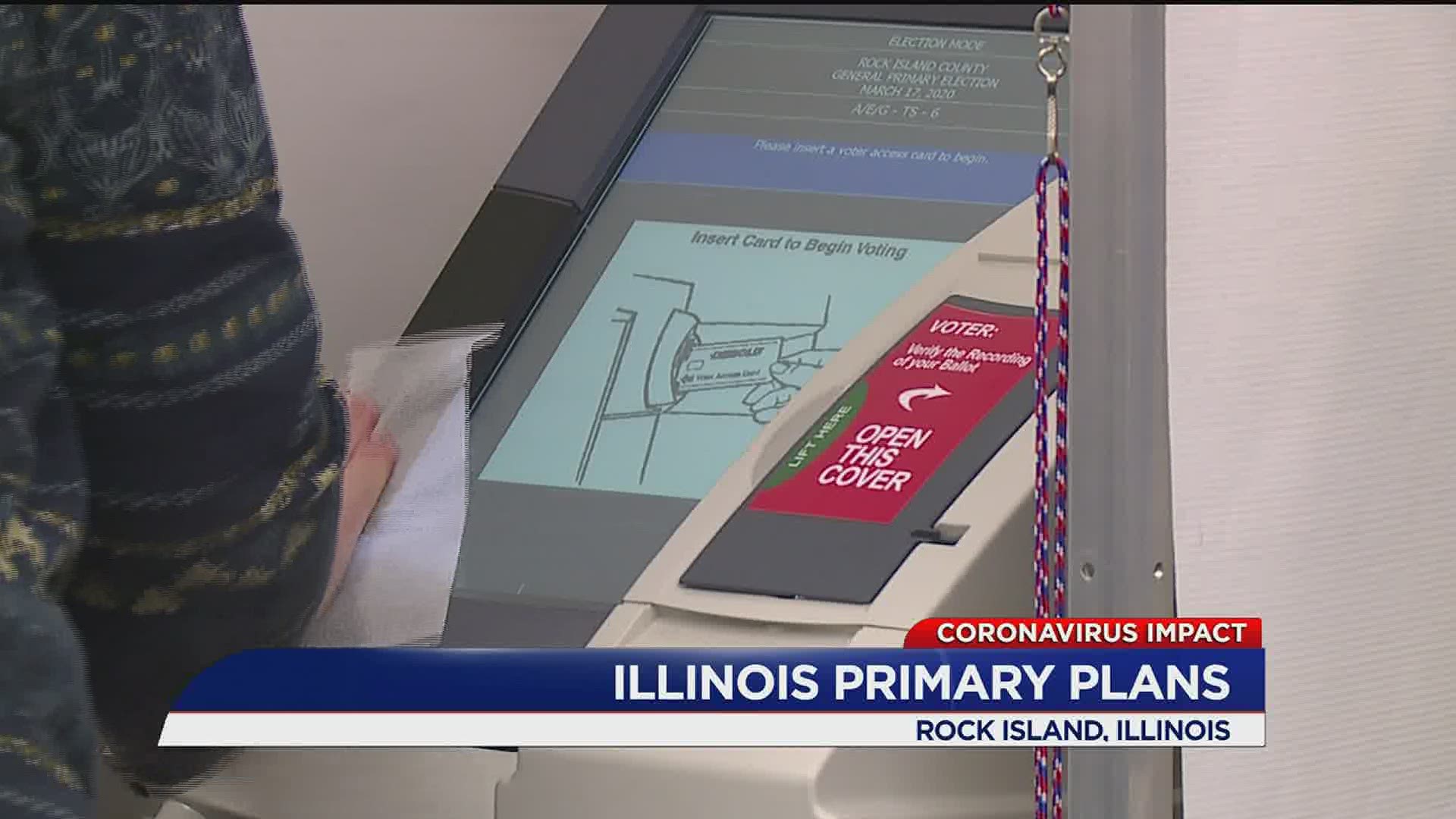 Despite current concerns over gathering crowds amid the outbreak of COVID-19, the Illinois Primary is currently scheduled to go ahead.

Governor Pritzker and other state officials have repeatedly stated that the primary will continue as planned with extra care taken to keep conditions healthy and safe at the polls while other large gatherings are still heavily discouraged.

RELATED: Illinois Primary will go on as scheduled Tuesday

The state has extended early voting hours on Sunday and Monday, March 15th and 16th. You can find locations for Early Voting or Grace Period registration here.

On the day of the primary, Tuesday, March 17th, polls will be open from 6 a.m. to 7 p.m. State officials say that polling places with by vigorously after during the entire voting process and that forecasts predict good weather that will allow people to spaciously line up outdoors.

To register to vote in Illinois, a person must be a U.S. citizen, a resident of an Illinois precinct for at least 30 days prior to election day, and at least 18 years old by election day. A 17-year-old may vote in a primary if he or she will be 18 years old at the subsequent general election. Two forms of identification are required to register in person, one of which must display the voter's current address.

Here is where you can find out where your polling place is by putting in your address.

If you are unsure if you are currently registered to vote, you can check here.

You can check who is on your county's sample ballot here.