Early-morning accident in Montrose kills one, cause unknown

Investigators were called to a fire and found the crashed car instead. 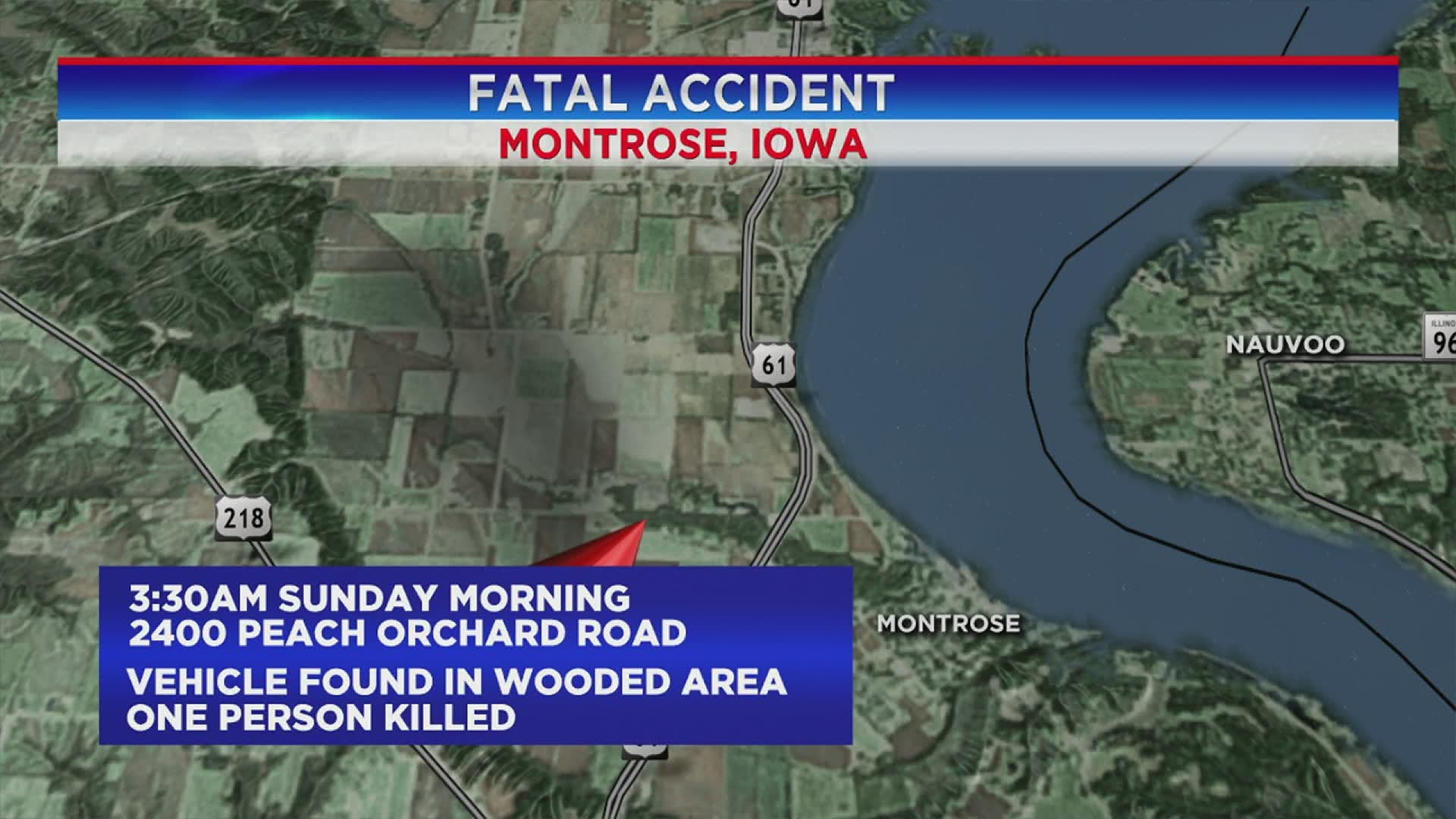 MONTROSE, Iowa — One person was found dead after an accident in Montrose in the early hours of Sunday, February 23rd.

Investigators say there were called regarding a possible brush fire on Peach Orchard Road at about 3:30 A.M.

When they arrived at the scene, the found a wrecked car near a wooded area next to the road. The vehicle contained a person who had presumably been killed in the crash.

No information has been released about the identity of the victim or what caused the accident.