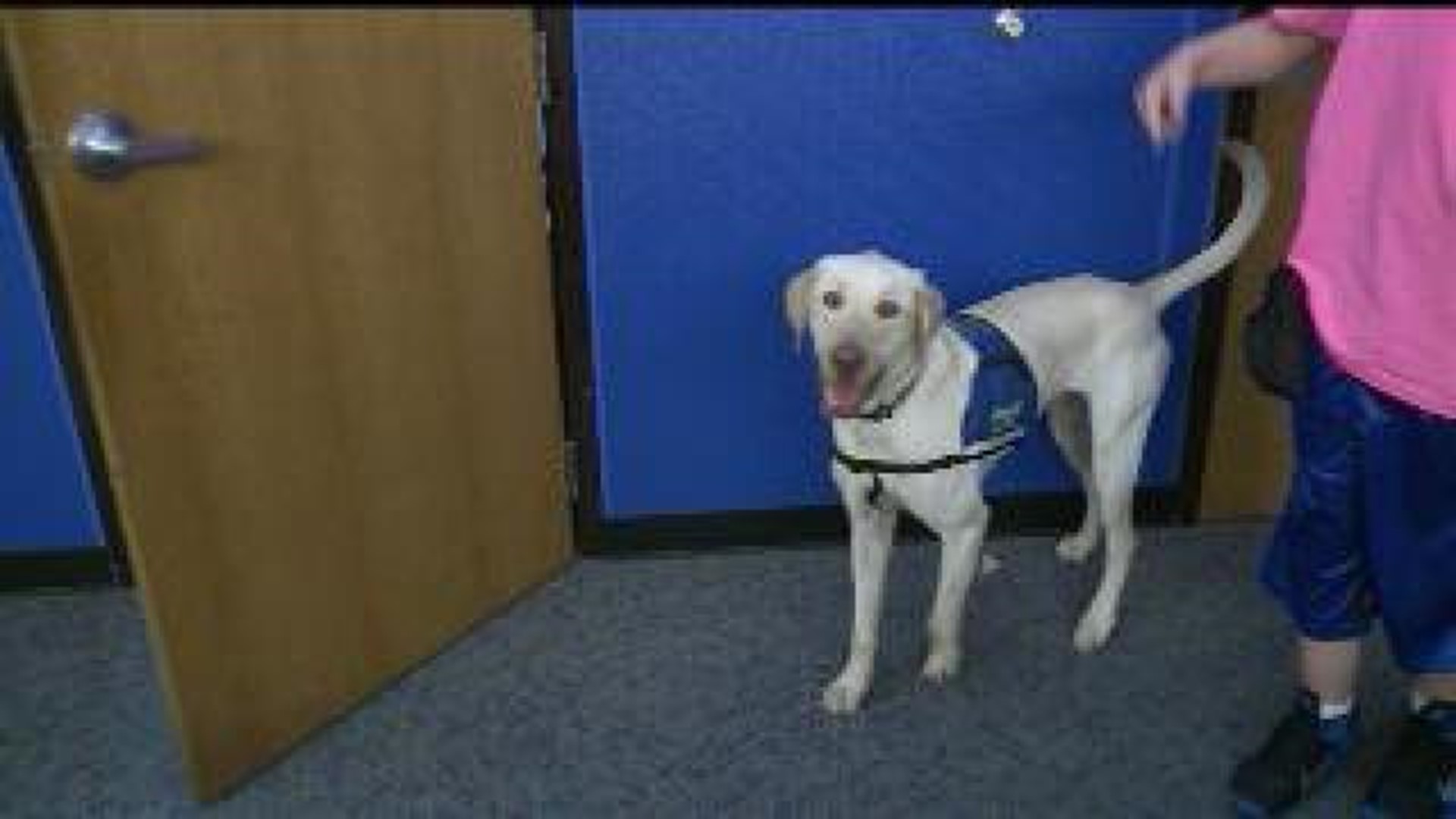 They use art, dance, and drama to help the troubled children of Des Moines but until this fall, they’d never tried something like this.

Make way for Tango—he’s on the job.

“In the afternoon and evening, his vest is on so that means he is working,” says Steve Quirk, director of Des Moines’ YESS.

Therapy is his business. He was literally born to do it.

“They can sense that somebody is in need,” says Sarah Espinoza, of Paws and Effect Therapy Dogs.

The yellow lab was trained to work with disabled veterans, but his final medical exam revealed problems with his vision.

“When the diagnosis came back with his eyes,” says Espinoza, ”we just thought that he has to go—he’s so well trained, he’s a terrific service dog—he has to go someplace.”

“I think when the kids have had some tough days—and we certainly get kids who have had some traumatic situations—Tango has a huge calming effect,” Quirk says.

From noon until 8pm, he and handler Cole Schinkel make the rounds. They’re rockstars who reach all ages.

“Dogs are very good at unconditional love and they’re very patient and forgiving,” Quirk smiles, “and Tango’s energy is incredible.”

Staff says the number of quarrels is down since Tango got here.

Children in dire need of warmth and patience have found four legs worth.

It’s a place with many needs, and Tango’s are considered, too.

“We just had to keep in mind we had to be Tango’s advocate,” Espinoza says, “just to make sure this is what he wants to be doing.”

“When the vest is off,” Schinkel says,” he gets to do all the things that a regular dog would get to.”

After a spell, it’s back to work, if he would call it that.

“He’s a dog that would not have been happy just going and being adopted by a family and sitting at home all day,” says Espinoza.

With food and safety, this place is shelter.  But with a dog, it’s something more—something closer to home.