You’ll love Eric’s version of “The Night Before Christmas”

Just what you need to get you started on the Friday before Christmas? A good weather story! This morning on Good Morning Quad Cities, Meteorologist Eric Sorense... 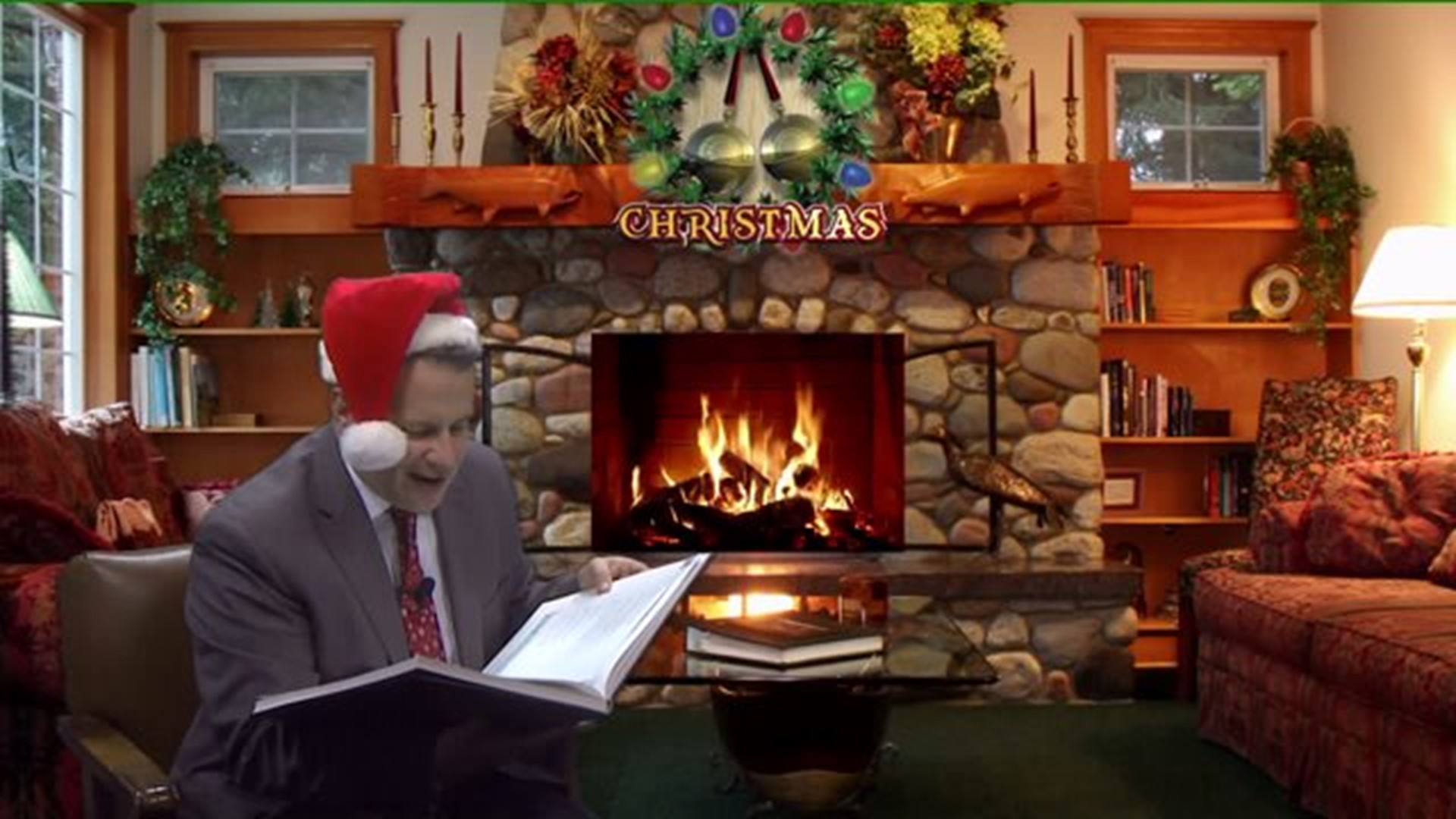 Just what you need to get you started on the Friday before Christmas? A good weather story! This morning on Good Morning Quad Cities, Meteorologist Eric Sorensen gave us his rendition of "A Visit from St. Nicholas," otherwise known as 'Twas the Night Before Christmas.'

Watch the video above to see the full effect, complete with warm fireplace! You can read the story below.

Twas the night before Christmas, at every TV station.
Not a creature was stirring, nowhere in the nation.

The signal was strong from the tower with lights,
In hopes that the airplanes could keep to their flights.

The weather team thinking of snow in their heads,
so children could slide down hills in their sleds.

But nothing in sight, only forecast for rain
Could change the reality which would be such a pain.

When out from the studio there arose such a clatter,
We sprang to the computer to see what it mattered.

Away to the west we looked in a dash,
And then to the east we threw up the sash.

The moon on the windshields of news cars aglow.
Gave the lustre of mid-day to objects below.

When, what to our wondering eyes see afar?
But a miniature sleigh, with a giant radar.

With a jolly nice driver, so lively and willing,
I knew in a moment it must be Tom Skilling!

More rapid than cyclones, by golly he came,
And he whistled and shouted and called them by name.
"Now Lenticular, Now Cumulus, Now Stratus, and Cirrus.”
"On Cirrostratus! On Altocumulus! On Cumulonimbus and nimbostratus!"
"To the top of the atmosphere and the bottoms of valleys!
Now dash away! Dash away! Dash away all!"

So away in the air the clouds they flew,
With the sleigh full of snowflakes and a whole lotta dew.

And then, in an instant, I heard on the roof
A production assistant yelling with proof!

As I drew in my head, and was turning around,
Down from the tower was Tom Skilling to town.

He was dressed all in fur, on his head was a feather,
For the man has witnessed all kinds of weather.
A mysterious name out of Chicago,
But Skilling is known from Barstow to Fargo.

Witty and quick, a right jolly old elf,
And I laugh every time, in spite of myself.

He spoke a few words and went straight to work.
Assembling our gift with a hint of a smirk.

When snow was found and Skilling was willing
he sprang to his sleigh and gave a quick whistle.
For he flew back to WGN just like a missle.

As the snowflakes would fall and he got out of sight,
"Happy Christmas to all, and to all a good-night!"