“We’re strong as individuals,” said Taylor English, 16. “But the way that we became fast is by coming together.” 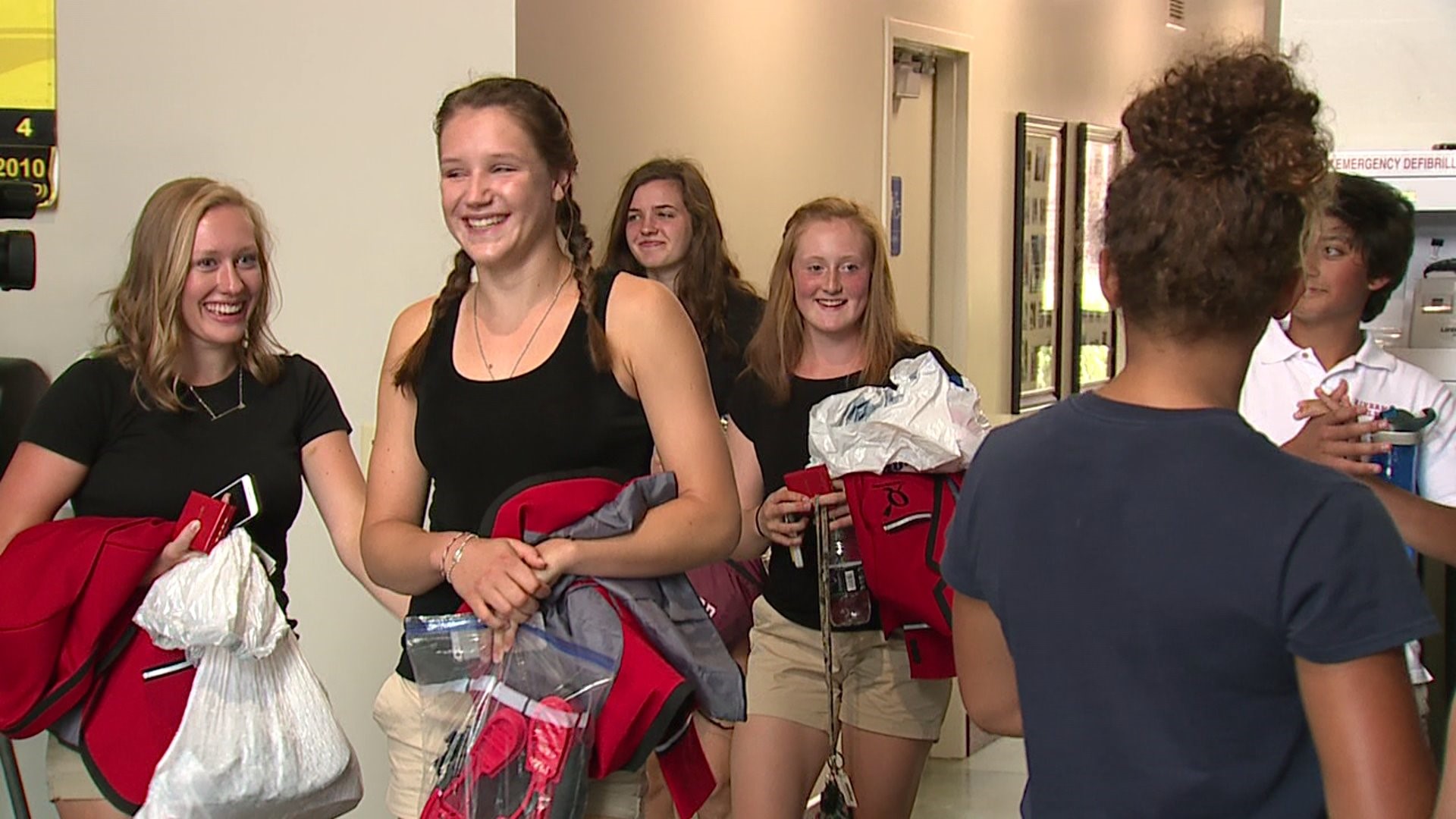 MOLINE , Illinois -- There's no stopping the smiles at a surprise celebration inside the Bass Street training center on Tuesday, July 10.

Teen rowers from the Y Quad Cities Junior Women's Crew are celebrating a big win in England. They beat the odds to prevail in the Diamond Jubilee Challenge Cup.

"Our win was just a culmination of all of our hard work, our great coaching and the dedication that it really took to get us here," said Caroline Sharis, 18.

Their races on the River Thames were dramatic, historic and record-setting for the Americans. Not only did they come from behind, they broke course records twice against tough Brits.

Back at the boat in Moline, where they rise before dawn to practice, all four are current or past students at Pleasant Valley High School.

They developed a strategy for success by working together.

"We're patient," said Delaney Evans, 16. "We strike when everyone else gets tired."

They became champs by sticking to a race plan under pressure.

"We all have this one goal," said Taylor English, 16.  "We're strong as individuals, but the way that we became fast is by coming together."

It's also a milestone for their coach, Dr. Peter Sharis, and his daughter, Caroline, who will continue rowing at Harvard.

He won at the Henley Royal Regatta 28 years before Caroline's team prevailed.

"They really showed a lot of maturity and got a lot of respect from the English crews for the way they raced and performed," he said.

Now, that's something to celebrate back home.