It’s less than a month until Christmas, and News Eight is getting in the spirit with our annual Toys for Tots toy drive. Quad Citians can drop off toy and... 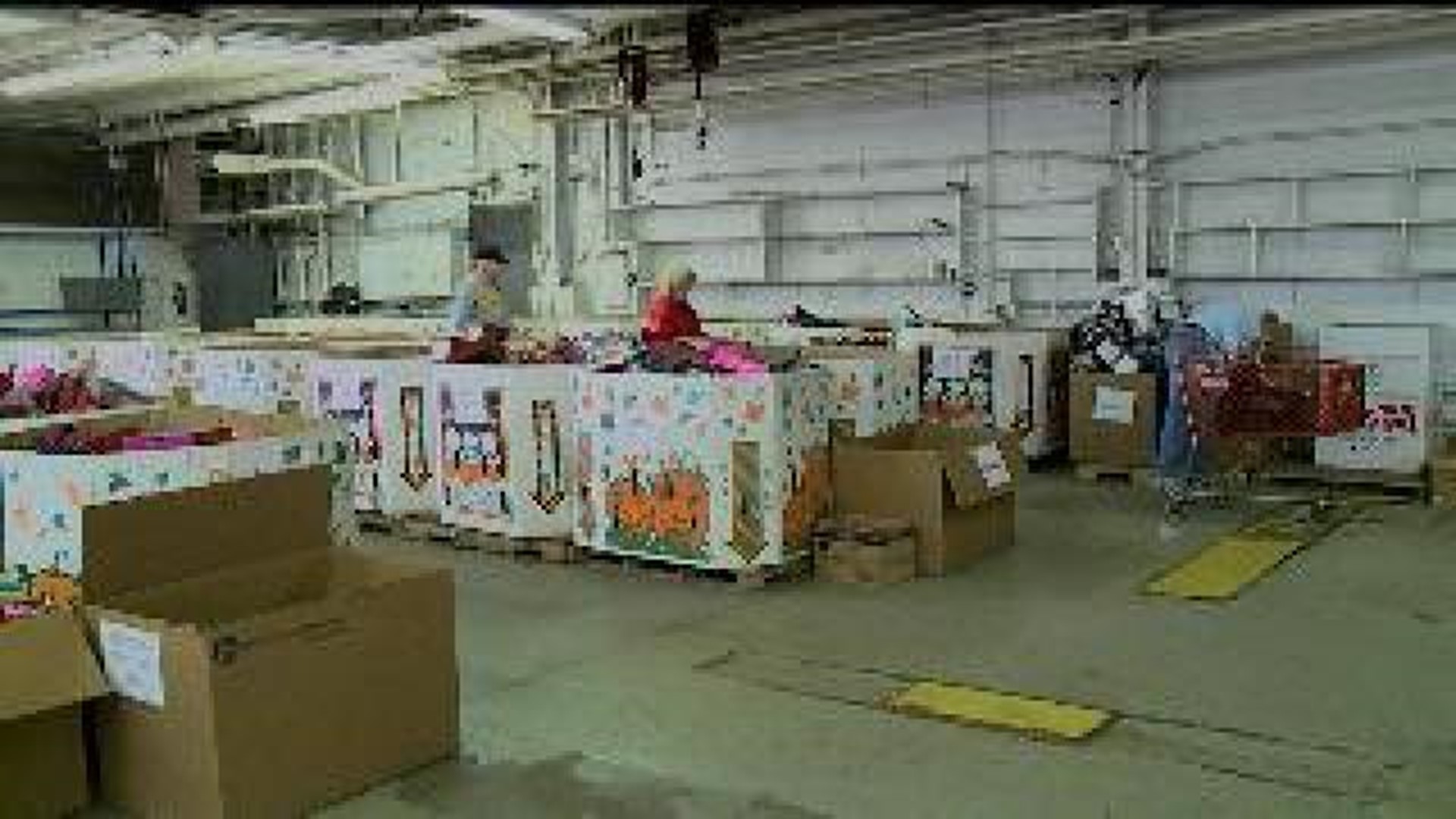 It's less than a month until Christmas, and News Eight is getting in the spirit with our annual Toys for Tots toy drive. Quad Citians can drop off toy and cash donations Wednesday, anytime between 4:30 a.m. and 7 p.m. at the WQAD studios in Moline or Cumulus Broadcasting in Davenport.

"Christmas is in the heart, and Christmas is my favorite time of the year, and I feel every child should have a toy," said warehouse coordinator Judy Thurman.

Thousands of Quad City kids are counting on the community's generosity this Christmas.

"We're a little over 1,800 families so far, so right now, that's above where we were last year, and last year was the most we've ever had," said Toys for Tots coordinator Gunnery Sgt. Matt Dorsey.

And that list still has the potential to double.

"We have two weeks left for registration, and that's generally when we see the most," said Dorsey.

If you're heading out shopping, certain groups could really use the help.

"We'd like to see more of the older kids, 10 to 12. Six to 9 girls has been incredibly tough to keep up with, which was the same last year," said Dorsey.

Any new, unwrapped toy will be accepted, and the generosity won't go unnoticed.

"You can see the appreciation when the family shows up, and they get that little sense of relief that that's one less thing they've got to worry about, toys for Christmas," said Dorsey.

If you stop by WQAD to make a donation between 4 p.m. and 7 p.m. Wednesday, you can visit with Santa.

In addition, WQAD will be giving out $5 off discount coupons to the Harlem Globetrotters with each toy donation from 5 a.m. to 1 p.m. The Globetrotters will be at the iWireless Center on Saturday, January 5.

From 1 p.m. to 7 p.m., WQAD will be giving out vouchers for a free kids' ticket to the World's Toughest Rodeo, coming to the iWireless Center on January 25 and 26.