Worsening drought conditions in parts of US stressing crops

Drought conditions have begun to stress corn, soybeans, wheat and livestock in some areas. 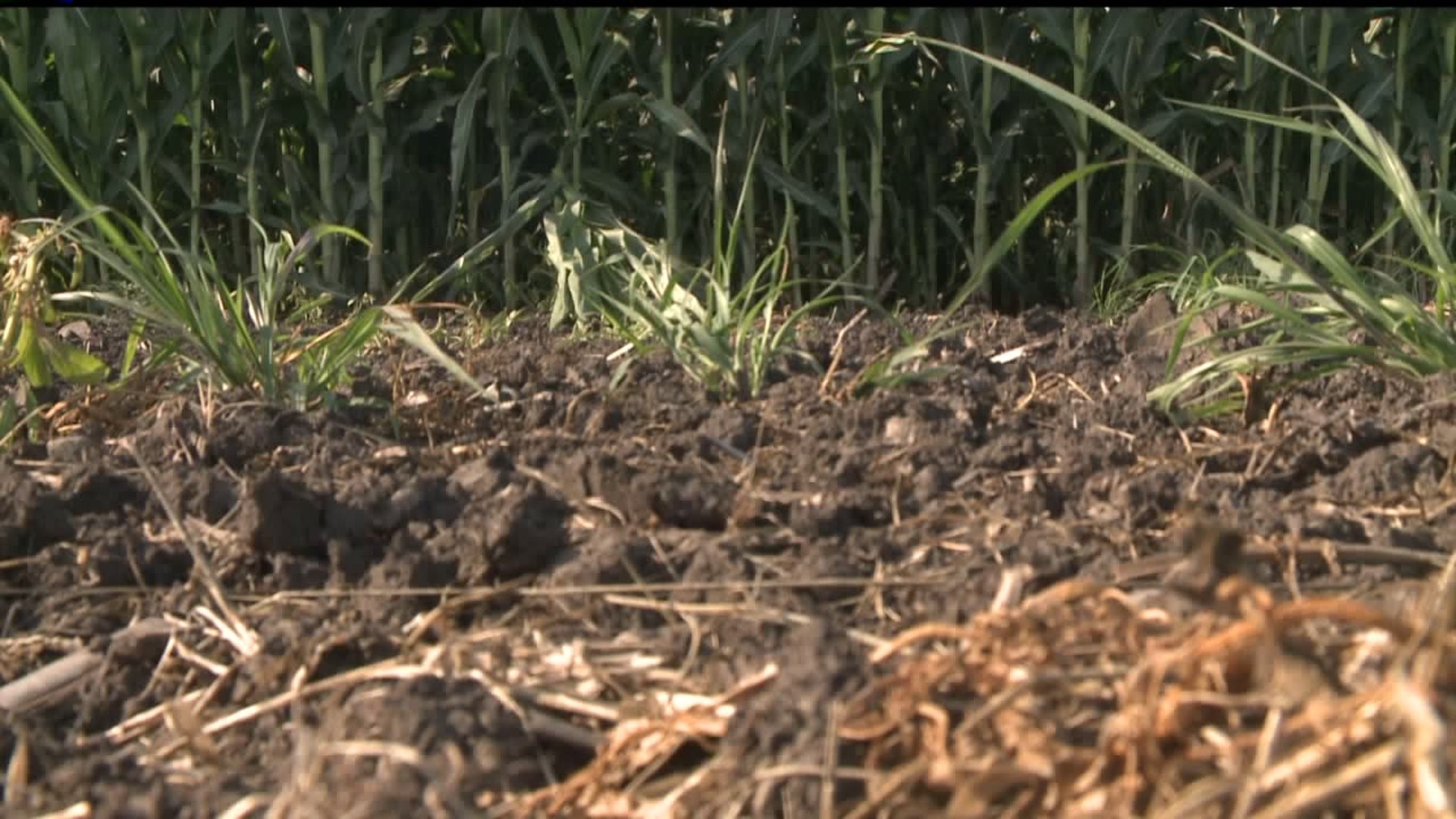 DES MOINES, Iowa (AP) — Drought conditions worsened in several states over the past week from extreme heat and weeks with little rain, raising the prospect that grocery staples such as bread and beans could cost more as the region that produces those commodities is hardest hit.

Drought conditions have begun to stress corn, soybeans, wheat and livestock in some areas, according to the weekly U.S. Drought Monitor released Thursday by the University of Nebraska-Lincoln.

Nearly 11 percent of the continental United States is in moderate drought or worse, said Richard Heim, a meteorologist with the National Oceanic and Atmospheric Administration, in this week's drought summary. The report is compiled weekly using data from the U.S. Department of Agriculture and NOAA.

"Much of Montana and parts of the Dakotas, Nebraska, and Kansas had no rain this week; some areas have been drier than normal for the last two to three months; and some drought indicators reflect dryness for the last 12 months," Heim wrote.

About half of the nation's spring wheat, 13 percent of winter wheat, 15 percent of corn and 14 percent of the soybeans are in drought, the report said.

Consumers could see the price of bread at the grocery counter rise, said Doug Goehring, agriculture commissioner for North Dakota, the nation's largest producer of spring wheat and second largest grower of wheat generally after Kansas.

"There have been people in this business for five decades who have said they have never seen conditions like this," Goehring said.

North Dakota farmers also lead the nation in production of navy beans, pinto beans and canola used for vegetable oil, and prices of those products also could be affected, Goehring said.

USDA has designated numerous counties in the three states as natural disasters, paving the way for emergency loans for producers, and governors of some states including Montana, Nebraska and North Dakota have declared some counties disasters to provide state aid.

Iowa, Oklahoma and Texas also have areas of drought with stressed crops and livestock beginning to surface.

Corn and soybean conditions in Iowa deteriorated slightly over the previous week although 68 percent of the state's corn and 62 percent of soybeans remained in good or excellent condition, a USDA crop update released Monday said.