It was quite the celebration at Hy-Vee on West Kimberly in Davenport as Quad City native, John Massick, celebrated his 100th birthday on Veterans Day, Wednesday... 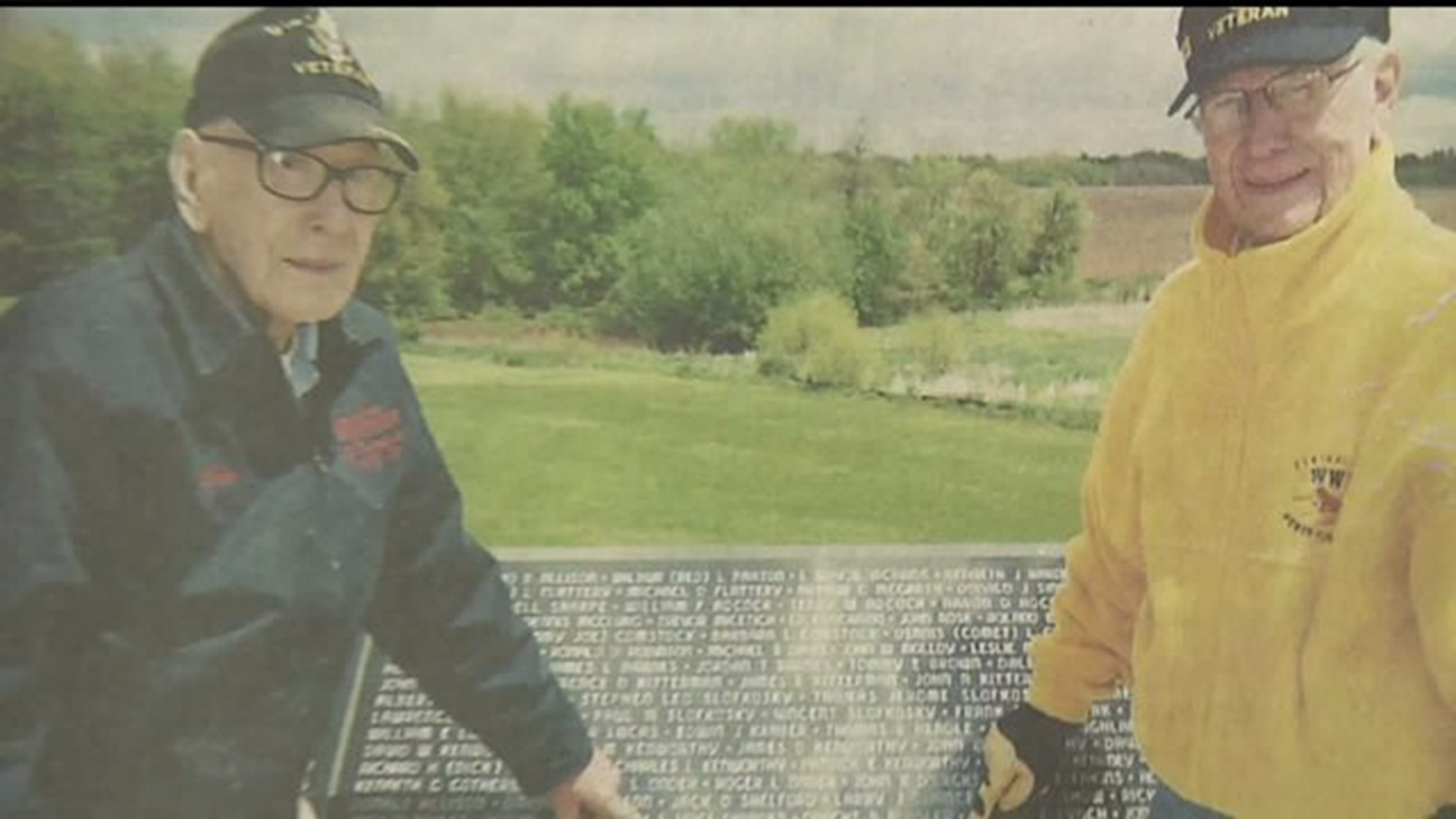 It was quite the celebration at Hy-Vee on West Kimberly in Davenport as Quad City native, John Massick, celebrated his 100th birthday on Veterans Day, Wednesday, November 11, 2015.

Massick served in World War II from 1941 to 1945 in the 195th Infantry Division. He was stationed in Germany and served all over Europe.

Massick's nephew, Frank, who is also a war veteran, surprised him on his birthday, by meeting him at Hy-Vee and presenting him with a signed and stamped recognition by the Governor of Iowa.

"The office of the Governor of the State of Iowa recognizes John A. Massick in celebration of your 100th birthday. Thank you for your many contributions to the state of Iowa, and for your WWII combat service," said Frank, as he presented John with the stamped document, and an official salute.

"My uncle served throughout the European Theater, the rural valley in Germany, and he saw a lot of destruction," Frank said.

"I'll tell ya, I feel a lot older, that's one thing about it," John said, when asked how it felt to turn 100-years-old and celebrate with his family.

John and his family said they will continue the birthday celebration later in the evening at a restaurant in town.