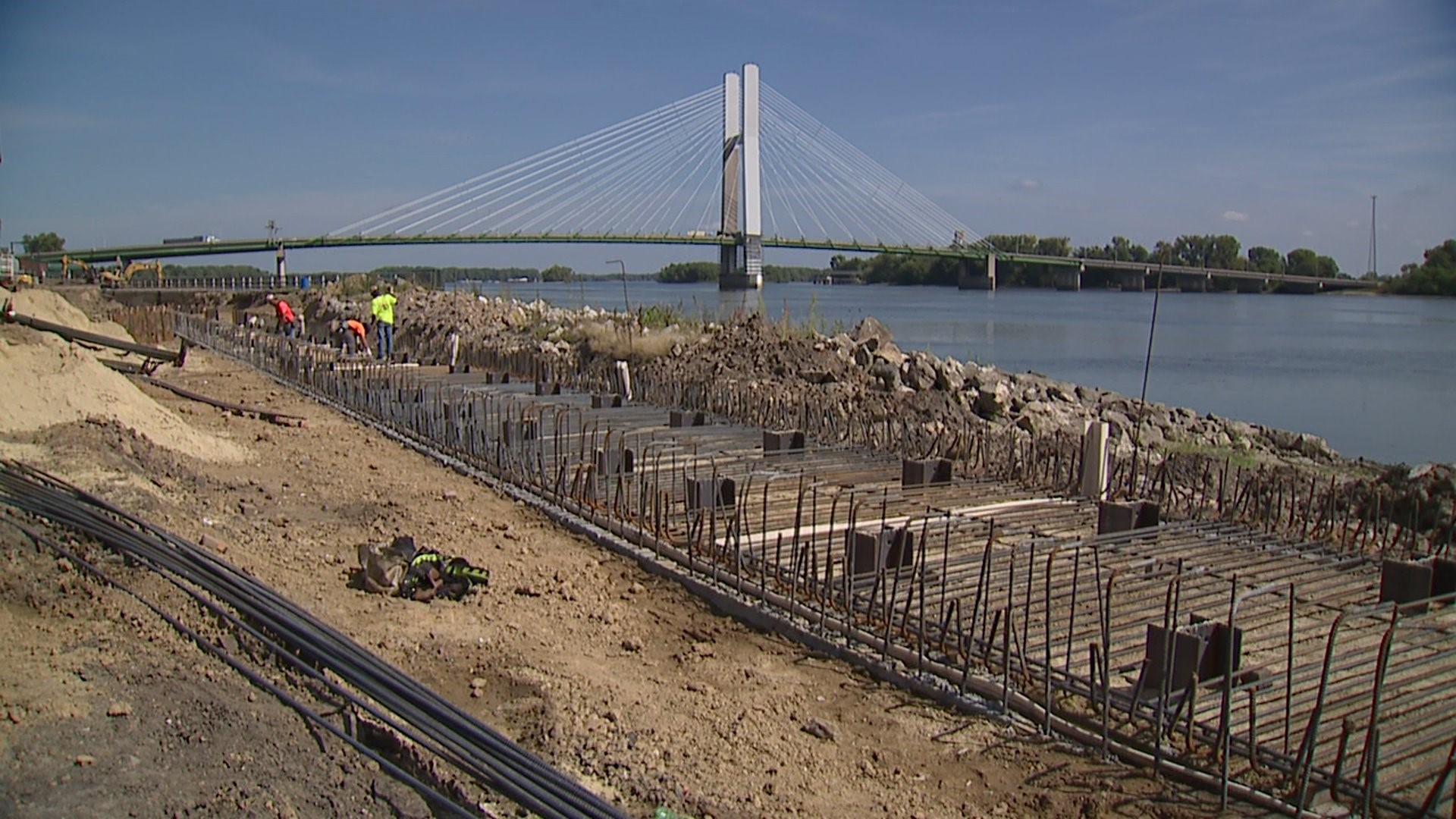 BURLINGTON - Progress is being made along the Mississippi on Burlington's Flood Mitigation Project.

"Every day is something different and it's neat to watch it come together," said Chelsea Tolle, Executive Director, Greater Burlington Convention and Visitors Bureau .

The city received a $26.2 million grant for the project from Iowa's Homeland Security and Emergency Management Flood Mitigation Fund.

The project is happening in phases because the city is receiving the money in increments. So far, the project is on track.

"We've had ideal conditions this fall for the work to be done, last year we were at flood stage most of the fall," said Jim Ferneau, City Manager.

The first phase is the main flood wall along the river front, it's estimated to cost around $7 million.

"We`re excited but we are also very cautious because we know the river can come up very quickly, we've seen that way to often in the last few years," said Ferneau.

At the Port of Burlington, they're excited to finally have something to protect the building from flooding.

"Now the river will be 100% closed off from underneath our building so we won`t have to worry about flooding anymore," said Tolle.

The first phase is expected to be done by May with the second phase starting in 2019.