Regans says she can’t move to a new place on her own because it would be too expensive. She says she wants her landlord to either move her to another loca... 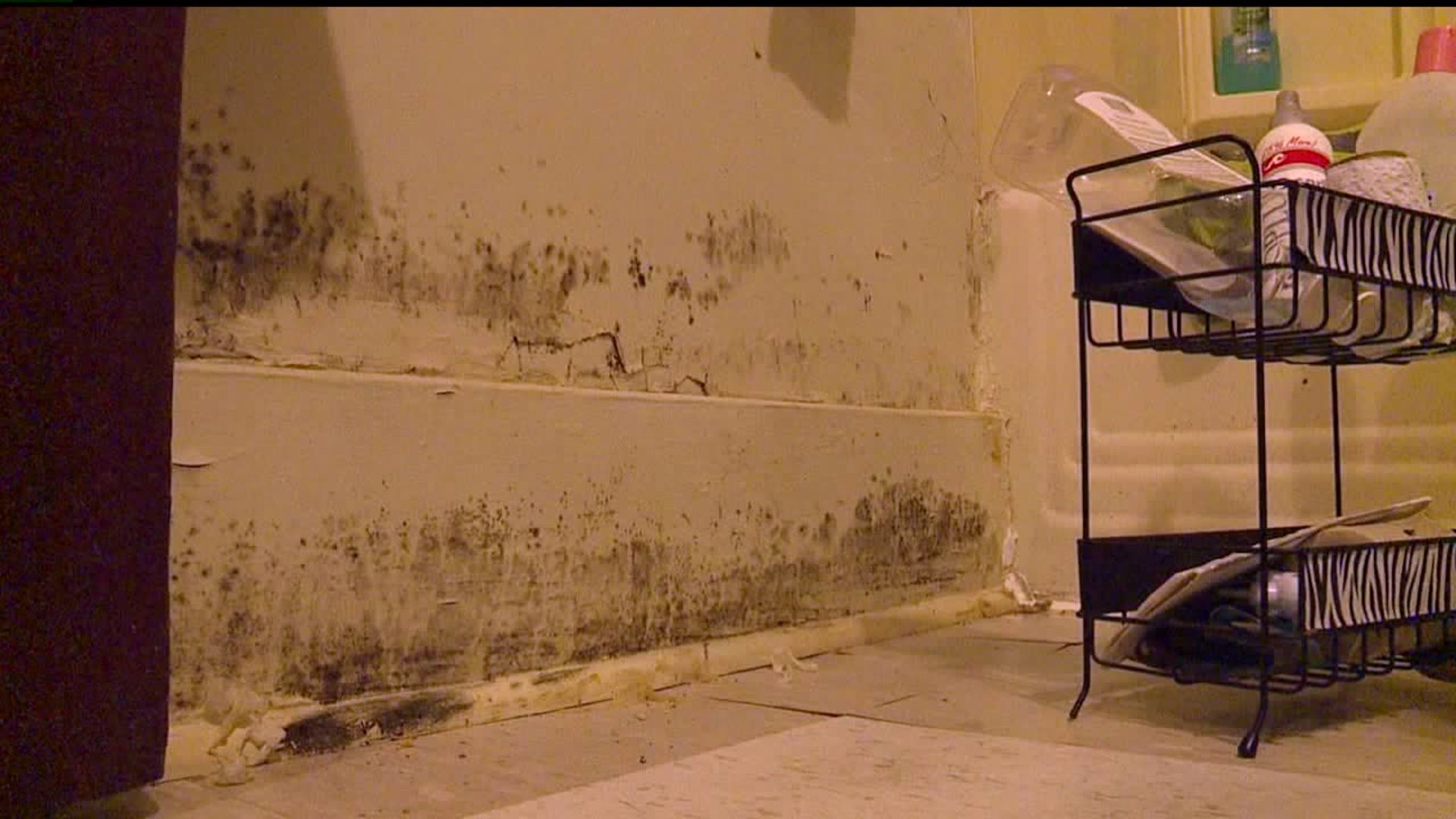 DAVENPORT, Iowa-- A grandmother reached out to News 8 after she says she didn't know what else to do about the mold spreading throughout her Davenport apartment.

Michelle Regans says she moved into her apartment, leased by Great River Realty, with her nearly one-year-old grandson Tayler in June 2018. She says there were a number of problems starting out, from mice to the refrigerator not working right.

But it wasn't until the winter weather hit that a new problem emerged. In November, she noticed moisture seeping in through the windows and walls. The rooms got humid.

Then she found black mold growing along the baseboards of the bedroom.

The mold is now in nearly every corner of the apartment, from the kitchen to the bathroom to the living room.

Regans says she tried fighting it with bleach and cleaning sprays, but nothing worked. She had to get rid of all her furniture because the mold spread to them. She now sleeps on a mattress on the floor and her grandson sleeps in a playpen.

Regans says she's worried about Tayler's health. He's having breathing problems. She can't say for sure the mold is causing those problems but says it's definitely not helping.

She says she's now falling behind on rent because she has to take time off work when Tayler is sick and can't go to daycare.

Regans has been in touch with the property manager at Great River Realty, but no one has been over to take care of the mold. Regans says she's gotten nothing but excuses.

"'(The owner is) out of the country. He's having some financial difficulties so it's hard for him to get the things you need,'" she says the property manager told her.

News 8 called the property manager and left a voicemail but has not heard back.

Regans says a city inspector came to assess the situation back in December. She was told the landlord would be contacted and had 10 days to fix things.

Neighborhood Services Director Rich Oswald says an inspection was done in December and the inspector tried to follow-up with Regans couldn't reach her. Oswald says another inspector will go out for another assessment tomorrow, Friday, February 21.

"He said that he couldn't reach out to me anymore," Regans says. "That's not true."

She says she's always been available to answer the phone and never had any messages from the city about the mold.

Regans says she can't move to a new place on her own because it would be too expensive. She says she wants her landlord to either move her to another location or get rid of the mold.

Regans has set-up a GoFundMe for help with moving and repair expenses.