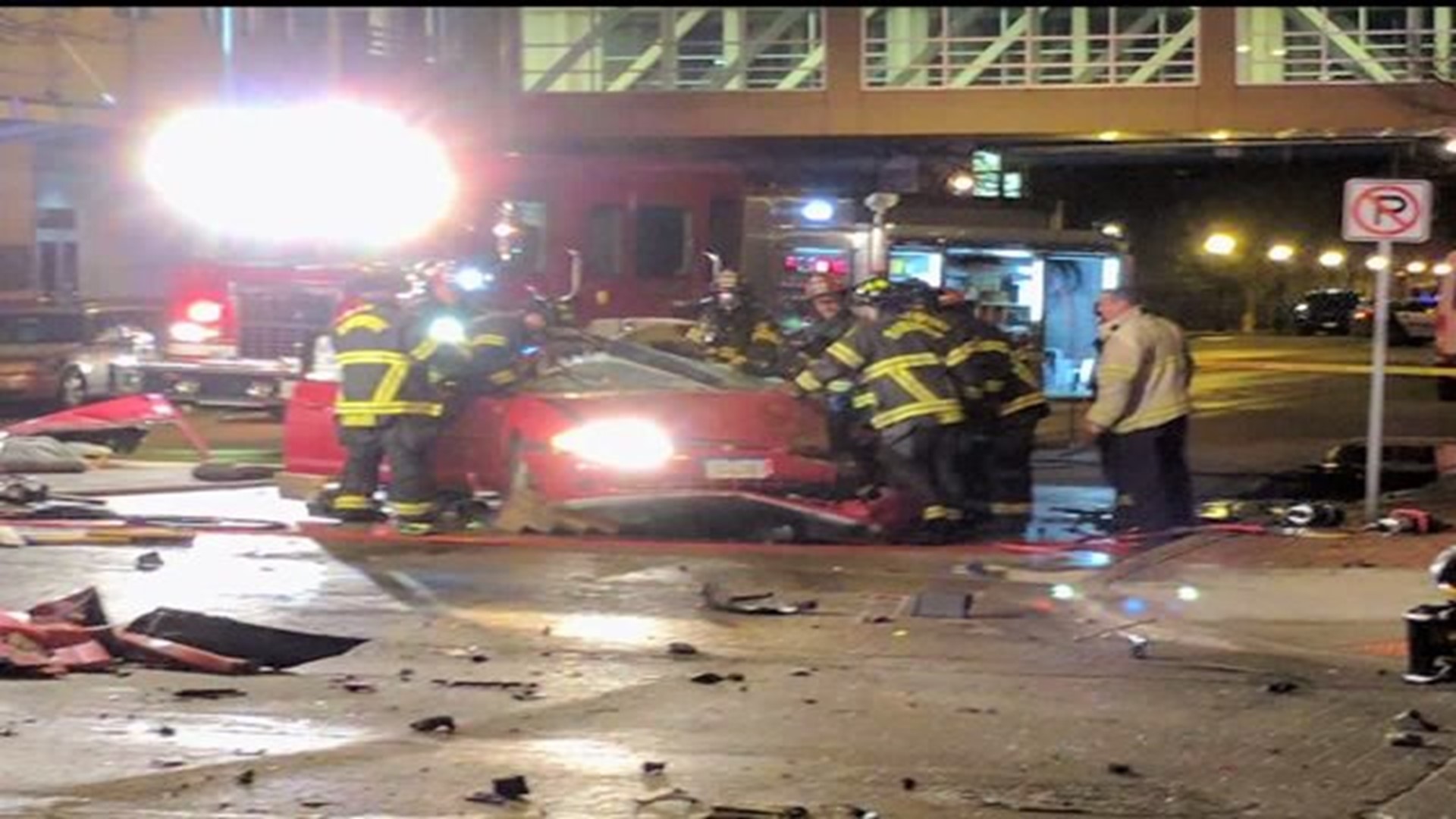 DAVENPORT, Iowa -- Kevin Santry says he heard what sounded like a gas explosion while working at his desk on the fifth floor of an office building off 2nd and Brady Street in downtown Davenport.

"It was that loud," he said. But when he looked outside his window, debris was everywhere and  "the street was on fire and it looked like the cars had exploded," he said.

Police say a speeding pick-up truck had just smashed into two cars stopped at a red-light at the busy downtown intersection.

Brandy Donaldson with the Quad City Chamber of Commerce had just left work and was sitting in her parked car across the street when she saw it happen.

"This truck comes up at the intersection at a very high rate of speed and plowed into the other two cars," she said.

She heard a woman in one of the cars screaming, and went to help her.

"She was screaming to help her get out of the car and that she was pregnant. Her doors were jammed. I couldn't get her doors open," Donaldson said, adding that she was also on the phone with 9-1-1 at the time.

Police on Tuesday announced the arrest of 57-year old Lauria Kelly of Texas. She's charged with homicide by vehicle, running a red light, and not having insurance. She's in jail on $100,000 bond.

Police on Tuesday also identified the victim who was killed in the crash as Cynthia Jones of Davenport.

Santry says he has gotten some flack on Facebook for posting some pictures of the aftermath. He lost a grand niece in Rock Island to a speeding driver less than two years ago, and says, he's trying to send a message. One he has lived.