Why You Should Think “Feet First” On National Flip Flop Day

It’s National Flip Flop Day! However, you might want to think twice the next time you put on a pair. “Support is the biggest thing, because thatR... 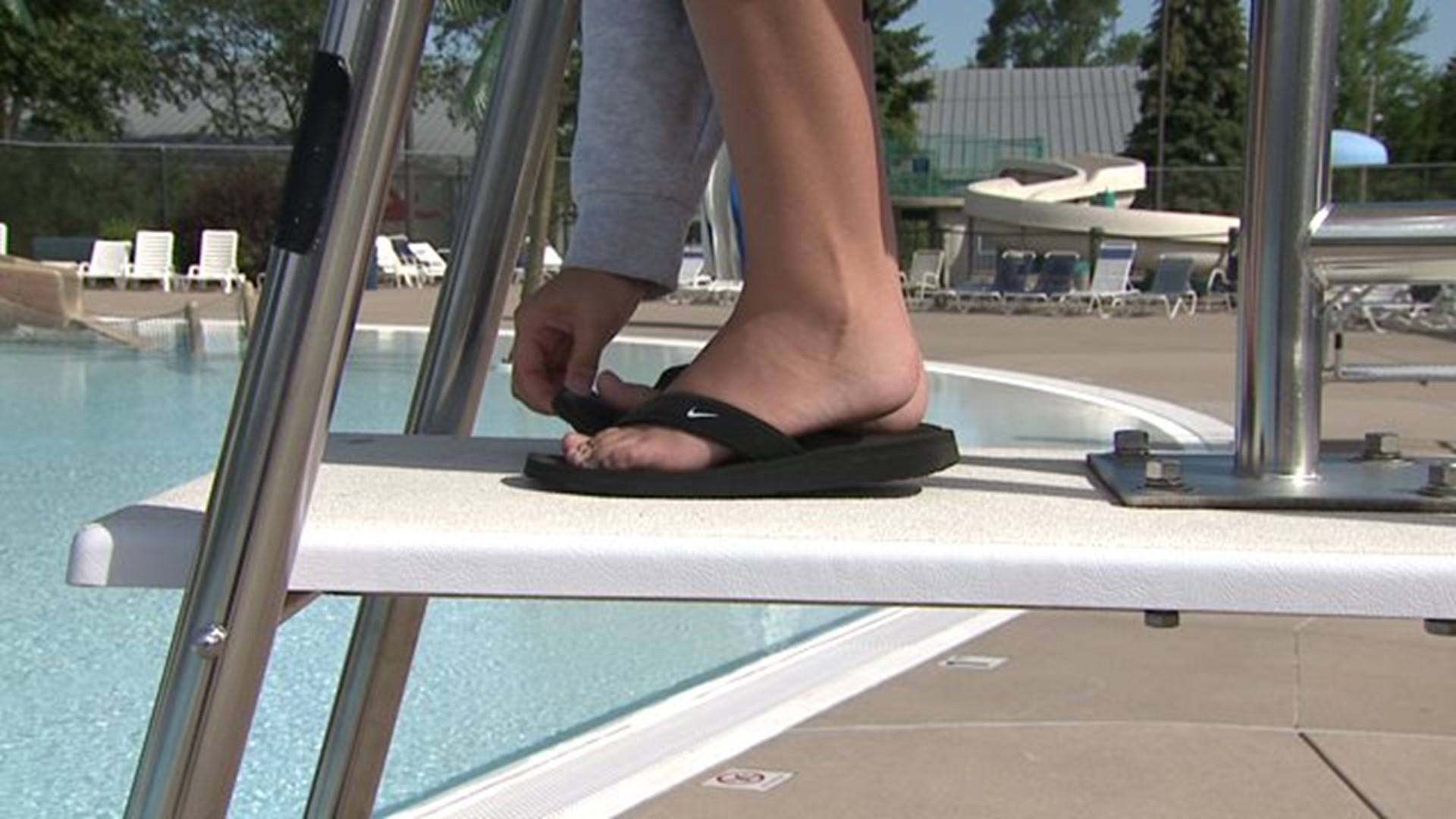 It's National Flip Flop Day! However, you might want to think twice the next time you put on a pair.

"Support is the biggest thing, because that's going to prevent the most damage to your foot," explained Dr. Beau Shay, a D.P.M. Podiatrist for ORA Orthopedics. "Flip Flops are all flat, so you're not getting any support through your arch. You're really putting a lot of  stress across the mid-foot and your heel doesn't  get support, so you're going to be more prone again to plantar fasciitis and things of that nature."

Dr. Shay says manufacturers are creating sandals that are more supportive, but you still have to be careful. He says there are actually more problems with sandals in the summer than boots in the winter, which we talked to him about earlier this year.

The first problem is the base of the shoe.

"You're going to be able to bend all sandals - that's just how they're made - but try to look for something that at least takes a little bit of force to try to bend it," said Dr. Shay.

The second problem is the straps between your toes.

"One thing you're going to be more prone to that you won't be in closed-toe shoes is the gripping," he explained. "When you wear sandals - you don't think of it - but you actualy have to hold the shoe on. You grip your toes more, so if you already have hammer toes or a bunion you actually could make them a little worse. You're not going to get them just from sandal wear, but by walking in sandals all summer you could actually make things a little worse because you really have to grip hard to hold that sandal on."

Dr. Shay says to look for a sandal that have a leather strap between the toes, not plastic.

The third problem is the lack of heel support.

"Look for a sandal that has an anchor around the ankle or the mid-foot to hold the sandal and prevent some gripping," Dr. Shay said.

He says sandals can also expose your foot to bacteria and infection if you get a cut, but there is a good side to flip flops.

"Some people come see us for toenail fungus or athlete's foot," he explained. "Wearing sandals in the summer is going to help treat that, because fungus likes to grow in warm, moist, dark environments. That's why we don't get a lot of fungus on our hands because they're exposed to light, so sandals actually help that... but then we still have the support issue."

Dr. Shay says he understand that everyone is going to wear sandals, but if you can - try to limit how long you wear them and find one that's supports the base of the foot, the arch, and the heel.