The 2015 Ford F-150 is the first all-aluminum body  truck in the world, and Quad City Ford dealerships say there’s a long list of benefits to the new truc... 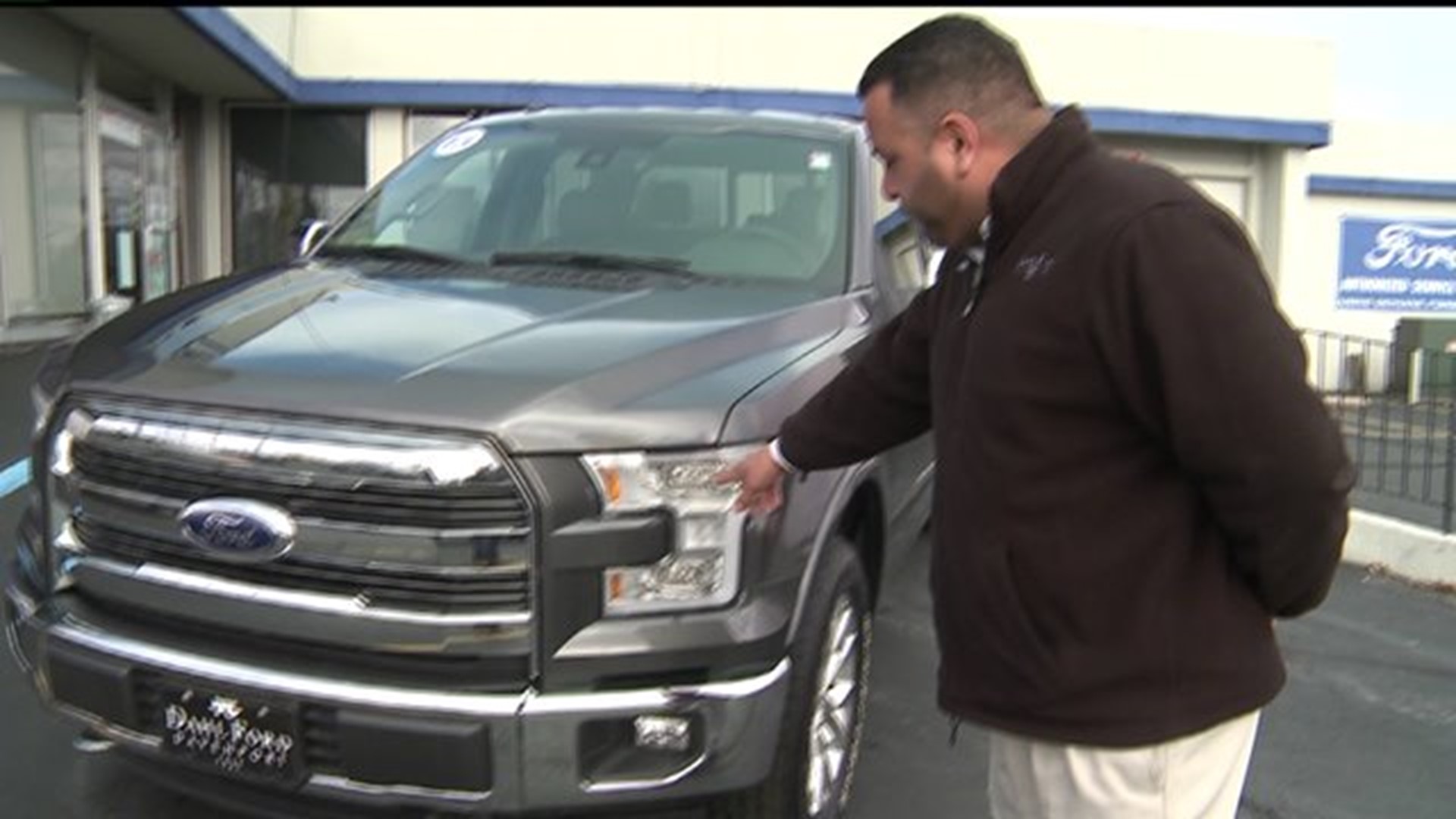 The 2015 Ford F-150 is the first all-aluminum body  truck in the world, and Quad City Ford dealerships say there's a long list of benefits to the new truck.

Ford officials replaced the truck's steel frame with aluminum, which is produced by Alcoa, one of the Quad Cities' largest employers. The aluminum body sheds 700 pounds off the truck.

Ford announced that their trucks would be 97 percent aluminum back in January, 2014. The announcement brought "job security," according to Brad Greve, the vice president of the United Steelworkers Local 150 in Bettendorf.

"The lighter body is going to get you better gas mileage," said Javier Calleja, a sales consultant at Dahl Ford in Davenport.

Drivers with the 2.7-liter EcoBoost engine could get up to 19 miles per gallon in city, and 26 highway.

"With the lighter body, that's also going to be less wear-and-tear on your brakes, which will save you money," Calleja said.

Although the 2.7-liter EcoBoost engine is a smaller engine, Calleja said it can still tow up to 8,500 pounds if properly equipped. The 5.0-liter engine can tow up to 12,200 pounds.