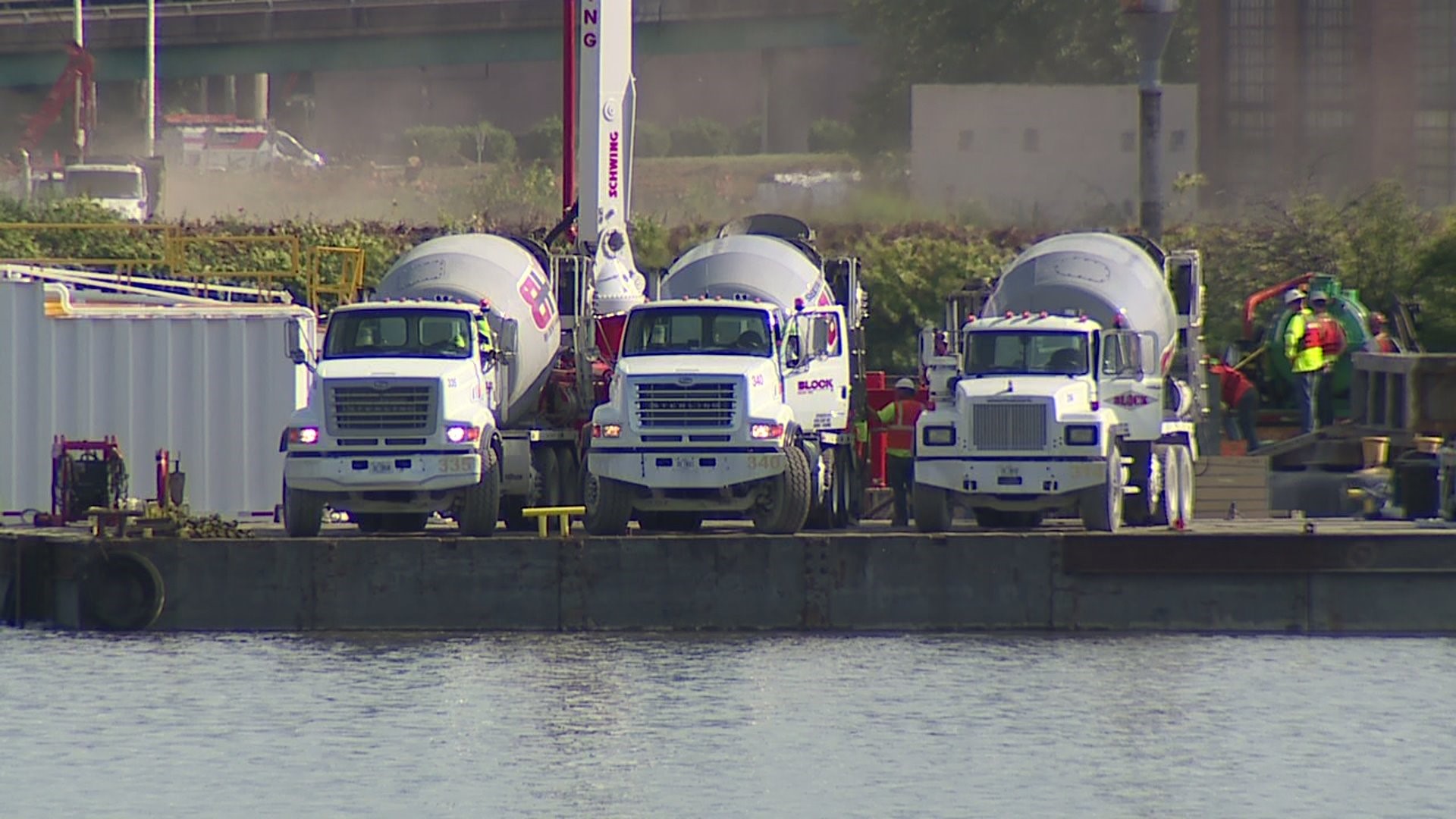 BETTENDORF-- It's hard to miss on your evening commute. After years of anticipation, signs of a new bridge are finally starting to emerge.

On land, piers that will eventually support the bridge are starting to take form.

And in the water, crews finished dredging just days ago and are on to the next step.

"We're drilling a shaft into the ground that will support the foundation of the bridge," says Mulholland.

And the work is impressive. Workers drill seven feet across, twelve feet into the river bed, making a hole for the piers that will carry the bridge over the water. And now the very first one is filled with concrete.

And back on land, you'll really notice something when all the iron work gets its final concrete coating.

"At that point, it really starts to look like a bridge when you can see parts of the final product," says Mulholland.

Project designers say the new bridge should be done about four years down the road. That's with working twelve months out of the year, even during winter.

"This is something that people in the Quad Cities have been talking about since the 90s. It's definitely a long time coming," says Mulholland.