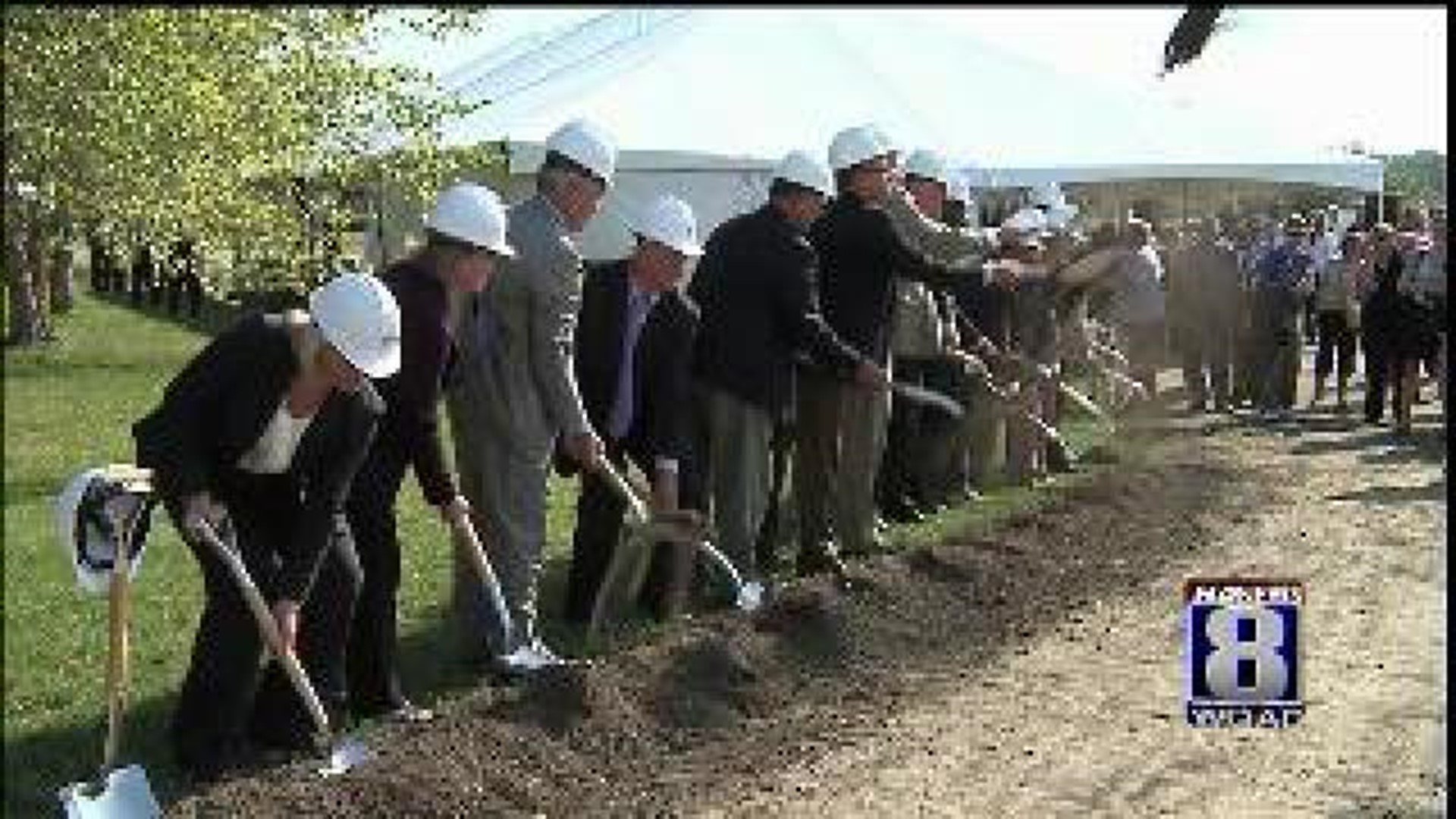 The project is a major investment for the Quad City area, but even so, it's something many parents support. Quinn was welcomed by WIU President Dr. Jack Thomas along with State Senator Mike Jacobs on Wednesday.

"This is a very special investment that the people of the Quad Cities are making," Quinn said.

"It's something that I hope will be a possibility for my kids too," father and faculty member Everett Hamner said.

The Quad Cities campus currently has just 1,500 students. The three new buildings in the Phase Two project are expected to bring in another 1,500 students. Phase One of the WIU-QC expansion project was completed seven months ago.

"So that's why we're making tens of millions of dollars in investment to build another building on this campus," Quinn said.

Thomas says the new riverfront campus has grown at a surprising rate. About 200 people came out Wednesday to support him in the new phase.

"We're going to grow pretty fast in the Quad Cities," Thomas said. "We see the support that we are getting, and people are interested in Western."

Parents are also interested in Western because it's the only public university for college students to attend in the Quad Cities. Moline is also looking to develop the area just west of the new site into an "Urban Technology Corridor" with student housing.

"I think anytime a community says, 'lets invest in a long-term deal, and not just put on the band-aids,' the opportunities are big," Hamner said.

WIU-QC is adding the Arts and Sciences, Education and Human Services majors to its new three buildings. Construction is not supposed to be done until the summer of 2014. Officials did say it would be ready though before the fall 2014 semester.