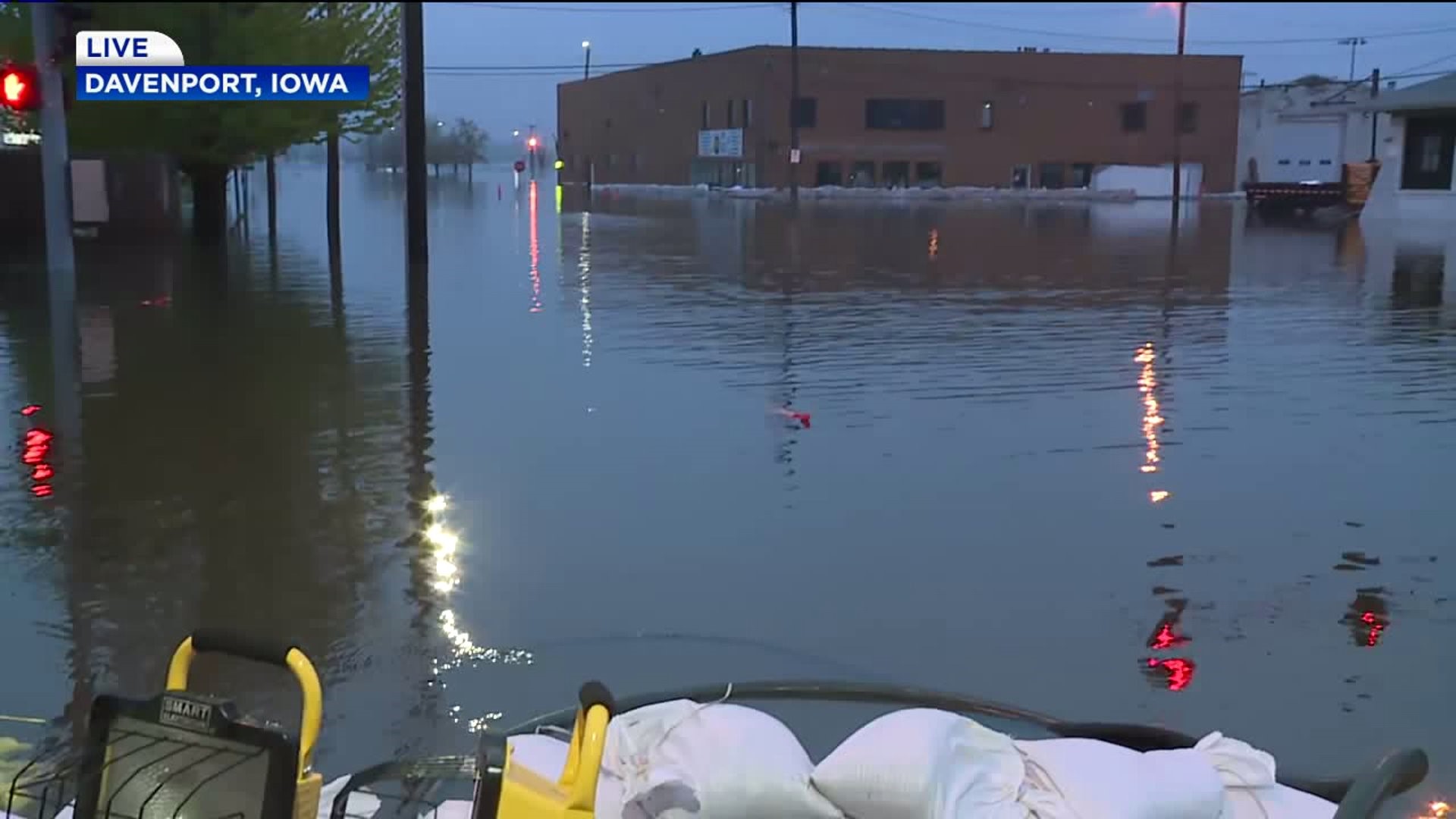 Watch: Meteorologist Eric Sorensen on the scene right after the levee was breached.

Emergency crews were on scene and bridge travel was impacted.  About 25 people were evacuated near 2nd Street west of Brown Street.

Click here to see how you can help flood victims.

Meteorologist Eric Sorensen says the flooding will continue to increase, as the crest is set for Wednesday, May 1.