Watch: Firefighters working to put out blaze in Peru, Illinois

Firefighters spent hours fighting a fire at a commercial building on the south side of the city.

PERU, Illinois — Firefighters spent hours fighting a fire at a commercial building on the south side of the city.

According to Peru Police Chief Doug Bernabei the fire started before 9 a.m. Monday, December 31 and was still being fought at noon.

In a Facebook post, Chief Bernabei said about 100 firefighters responded to the fire in the 700 block of Putnam Street, and were assisted by police and first responders from more than a dozen area departments. 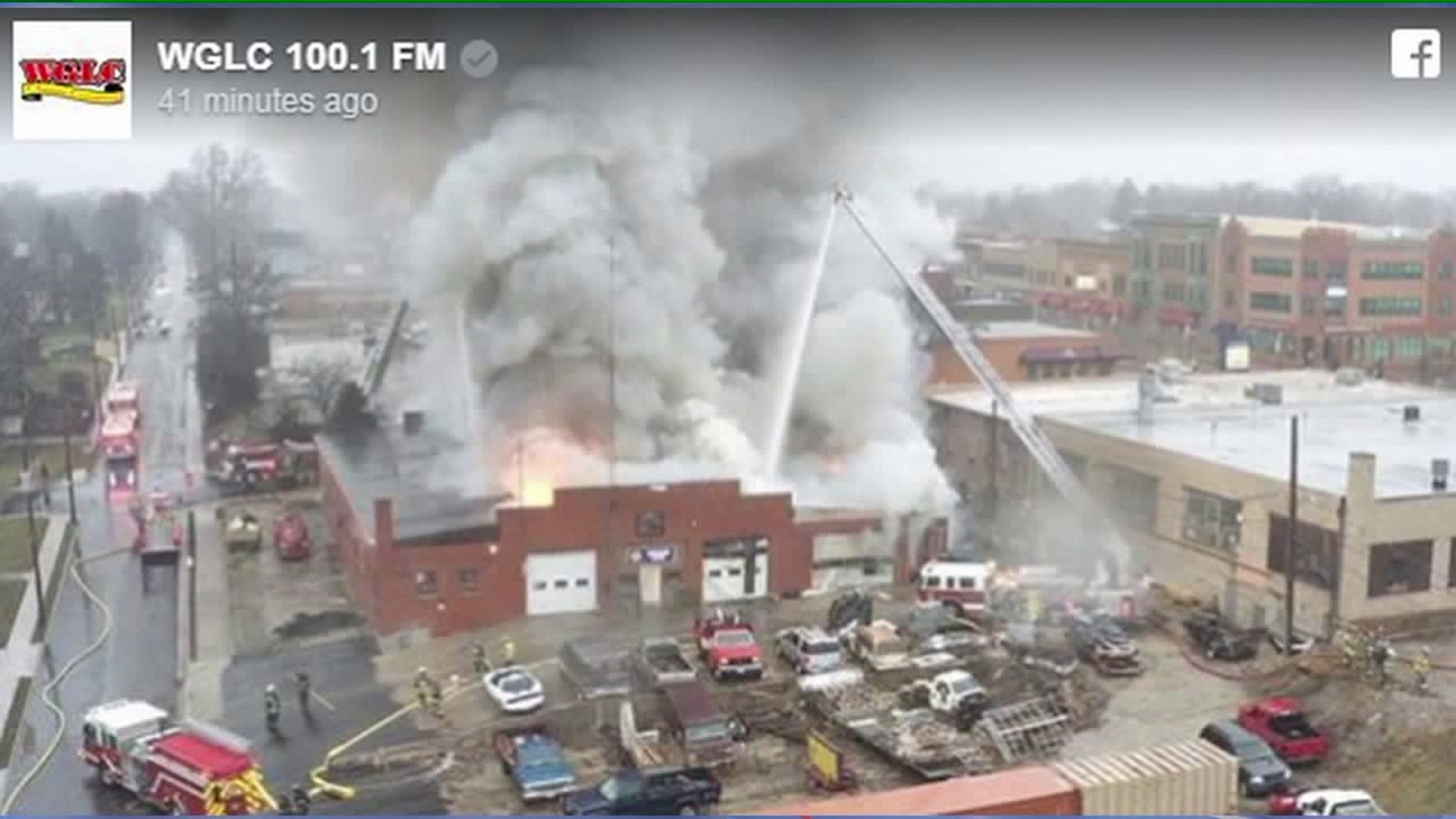 According to the Peru, Illinois Fire Department, roads were closed surrounding the blaze.  Five blocks of 4th Street were closed, between Fulton Street and West Street.

There were no reported injuries, said Bernabei.