An inflatable Santa yard decoration broke loose and was found in the middle of a busy road. 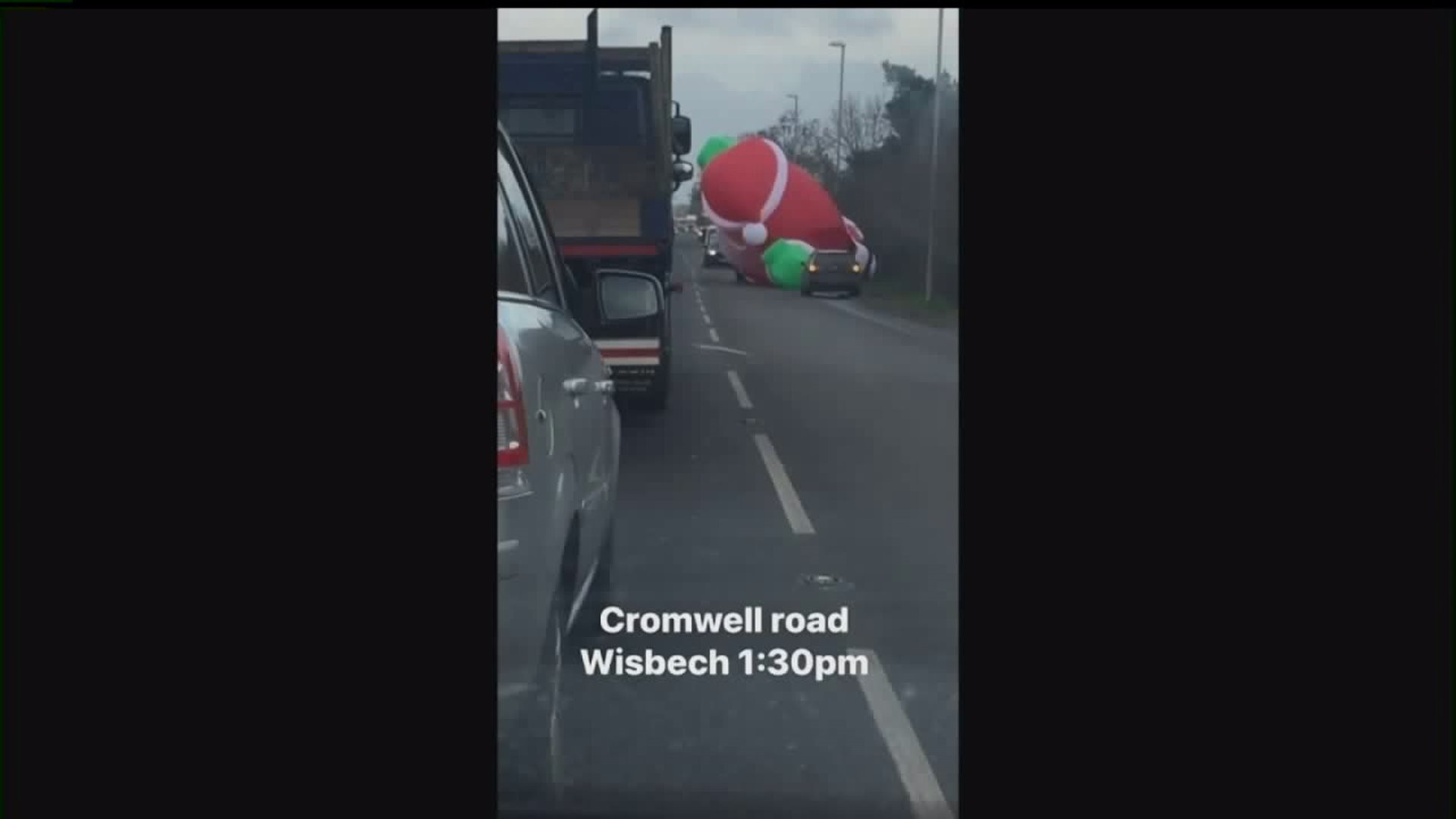 WISBECH, England -- An inflatable Santa yard decoration broke loose and was found in the middle of a busy road.

A video posted by ABC on Twitter shows the towering figure caught on one side of the road. Its massive green gloves and cherry red hat flop over two lanes of traffic as the wind blows.

ABC wrote that the figure was tethered to a yard nearby, but it broke loose. The video shows trees blowing and clouds moving quickly due to high winds.

HO-HO-HOLD UP: A giant inflatable Santa broke free from a resident's front yard, wobbling over onto the road and causing a major traffic jam. https://t.co/ROpWfwD6D0 pic.twitter.com/ZqvVAGqBZs

It's unclear if anyone was injured or when the decoration was taken off the road.

People took to Twitter to join in the holiday hilarity.