Voters say they’re looking at policies and personalities as they try to pick a candidate. 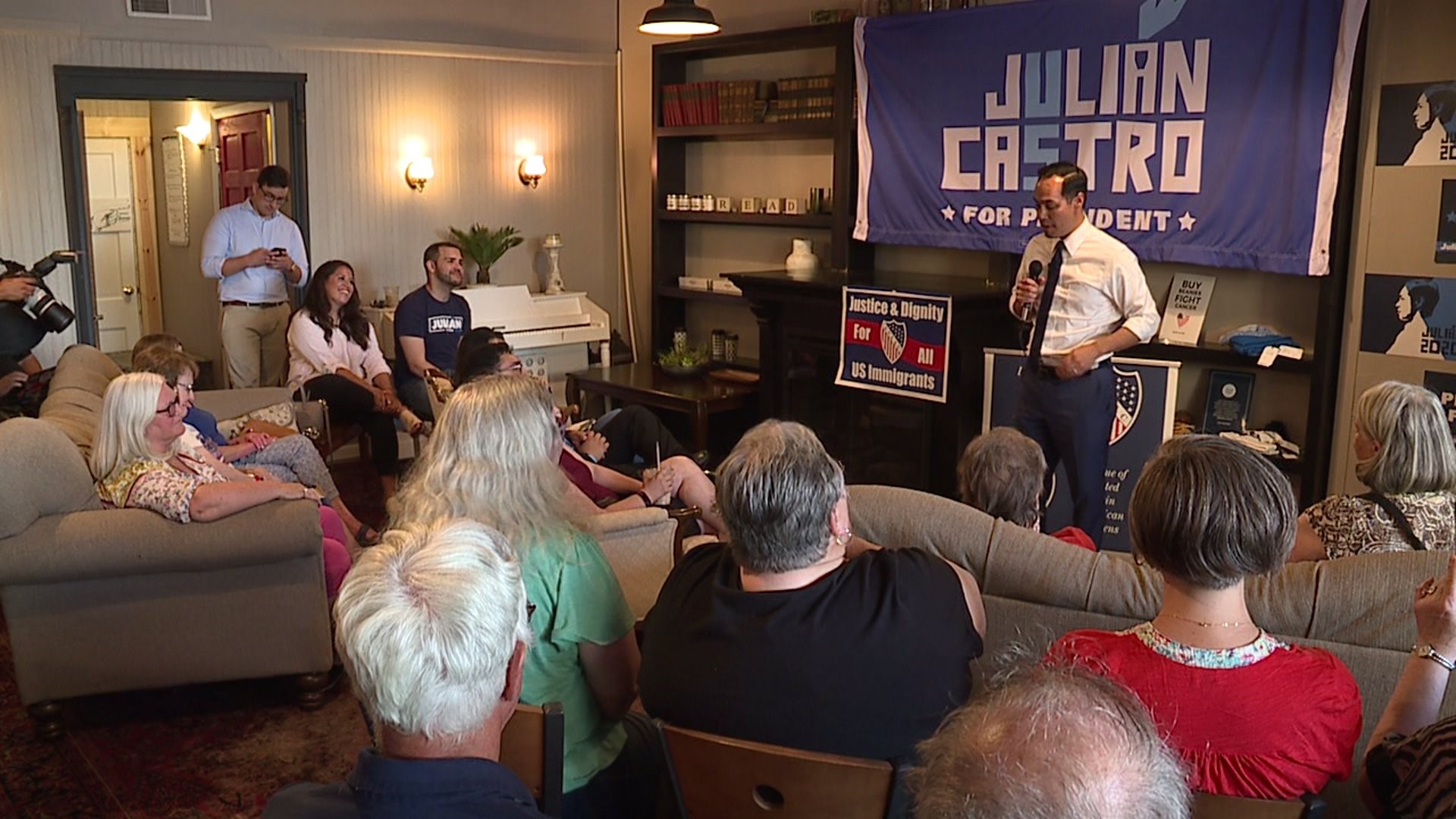 The former mayor of San Antonio, Texas was in Muscatine Monday, July 15. He first toured areas of downtown affected by flooding then held a meet and greet at Black Pearl Coffee.

Many of the people inside the packed coffee shop say they want to hear from as many presidential hopefuls as possible.

"I kind of made it my goal to meet every one of the top candidates, and look them in the eye, and ask them a question, and see how things go," Cindy Bryant says. "I think it is very important that everybody find out everything they can and make an informed decision."

She says it could be hard to narrow down the candidates.

"We have a really good group of candidates," she says. "They're intelligent. They have plans. It's a little difficult. The policies aren't that different."

For some like Guadalupe Saucedo, Castra has caught their attention.

"He's the only Latino candidate," she says. "I'm interested in listening to what he has to present."

Saucedo says Castro's performance during the first Democratic debate impressed her and his ideas about early education resonate with her.

"I would like to know information about each of the candidates," she says. "It isn't something that I'm just going to say, 'This is what I want.' I'm truly listening."

Some voters like Peg Heither are learning about a whole new party. She says the Republicans don't reflect her ideals anymore with President Donald Trump in the White House.

Caucuses are February 3, 2020. The presidential visits continue all week. Castro will join Senators Kirsten Gillibrand and Kamala Harris at the Des Moines Register and AARP Presidential Candidate Forum Tuesday, July 16 in Davenport. That event is invite-only.