Hundreds placed American flags at the headstones of fallen service members in honor of Memorial Day. 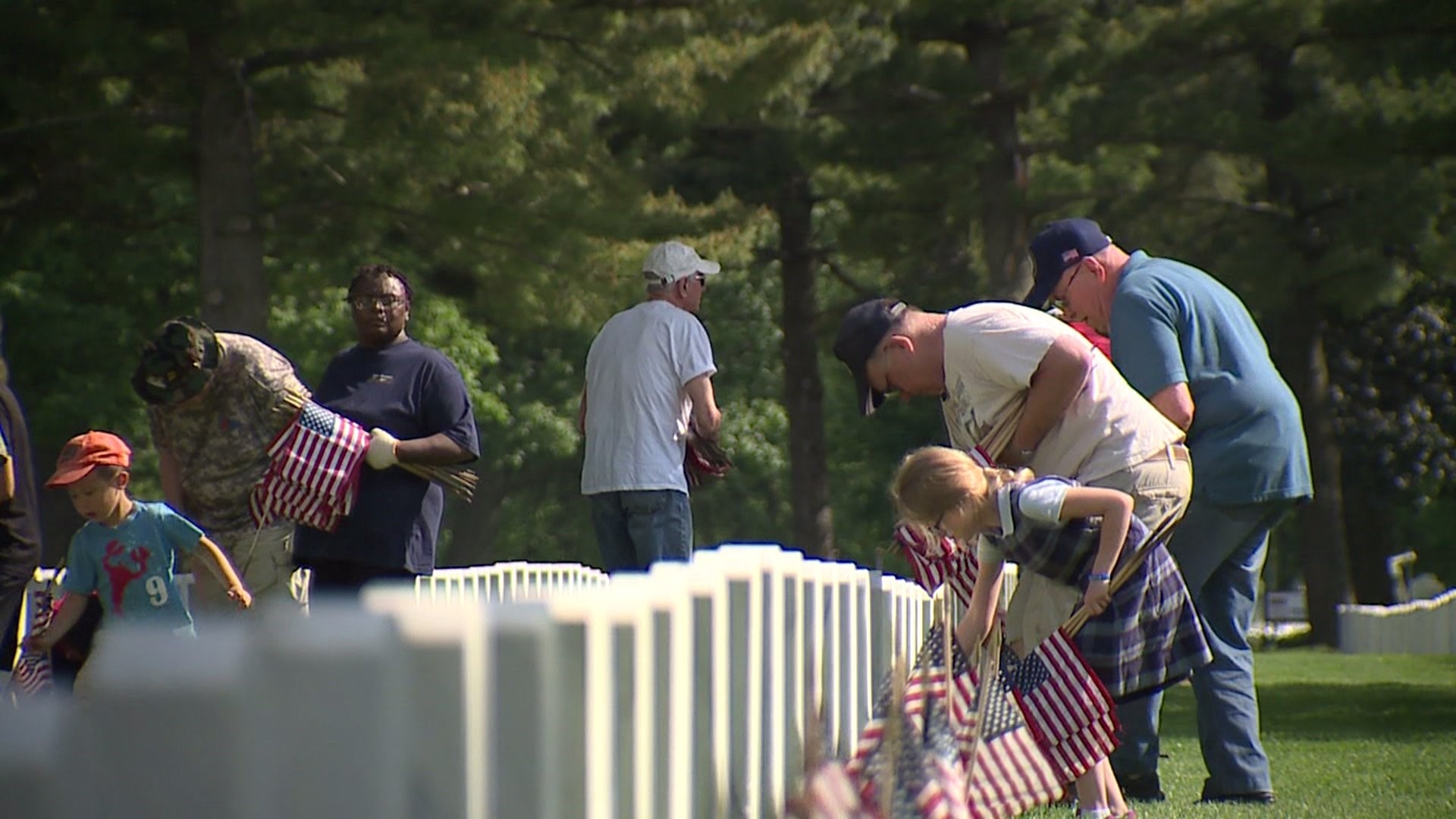 For Shane Wheatley, it's about showing gratitude towards his fellow servicemen, "It`s a symbol how important they were to us, you know, self-sacrifice. They sacrifice their lives to go and fight for us."

He joined close to 500 hundred volunteers who placed flags for service members laid to rest at the Rock Island Arsenal's National Cemetery.

For Vietnam Veteran, John Weiland, he shared the moment with his nine-year-old granddaughter Atalyssa Sodawasser.

"It's pretty cool to see everybody giving support to all our veterans who have died," said Sodawasser.

Kari Williams has no military ties, but she says it was important to bring her three kids, "We live in the land of the free and that`s pretty amazing that people fight for that for us, so I want to make sure they realize that."

In just a half hour, 32,000 flags were placed in honor of those who made the ultimate sacrifice.

On Memorial Day, a ceremony will be held at the Arsenal's cemetery at 10:45 a.m.

The Arsenal is also asking for Volunteers to help remove the flags on Tuesday, May 29th, at 7:30 a.m.