Don’t worry, as a reward they were treated to some free beer. 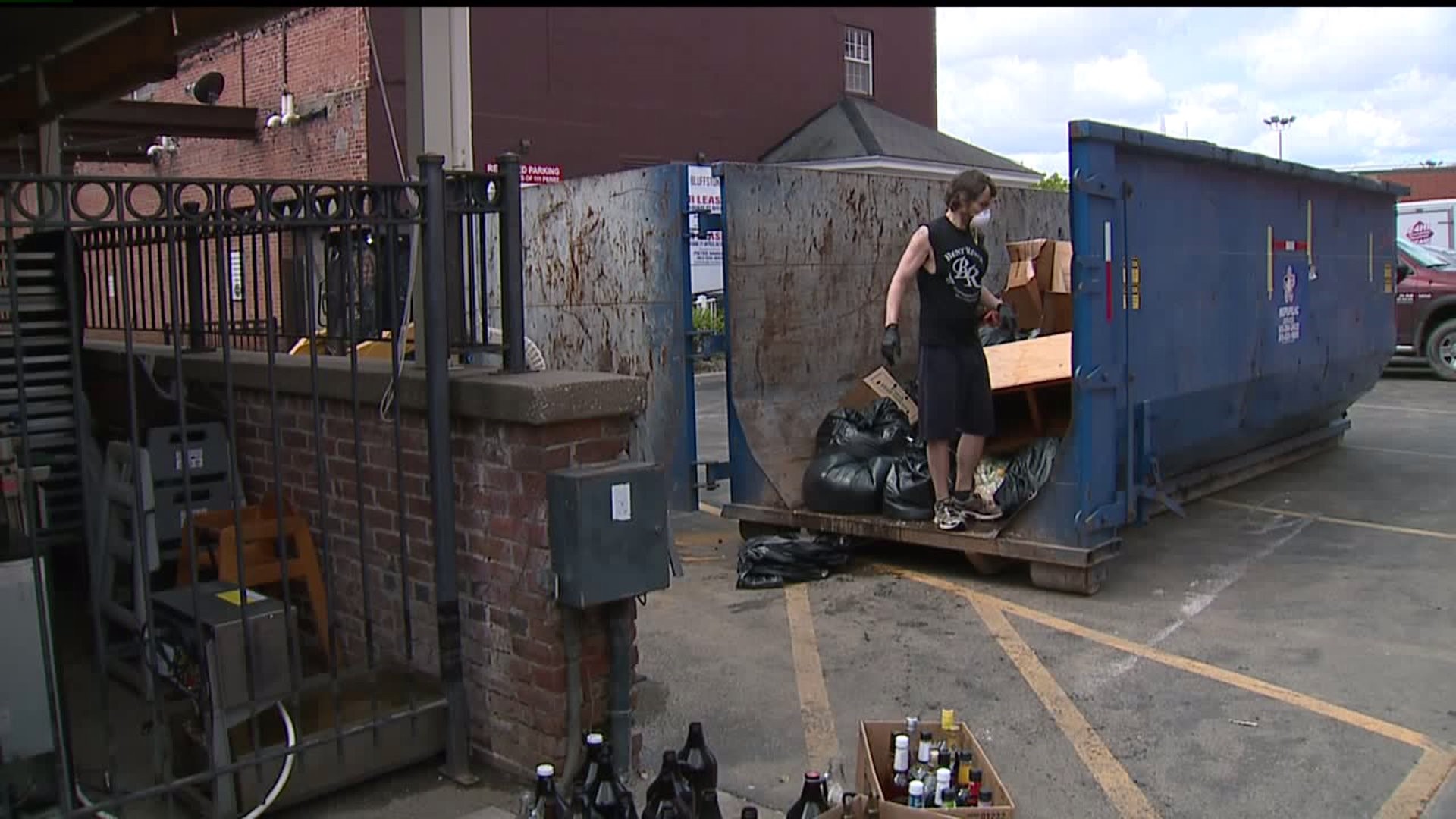 Water that was inside the restaurant has since gone down., leaving behind quite a mess.

Don't worry, as a reward they were treated to some free beer.

The owner of Front Street says he doesn't plan to reopen until the fall.