President Trump responds to another allegation of unwanted intimate contact. 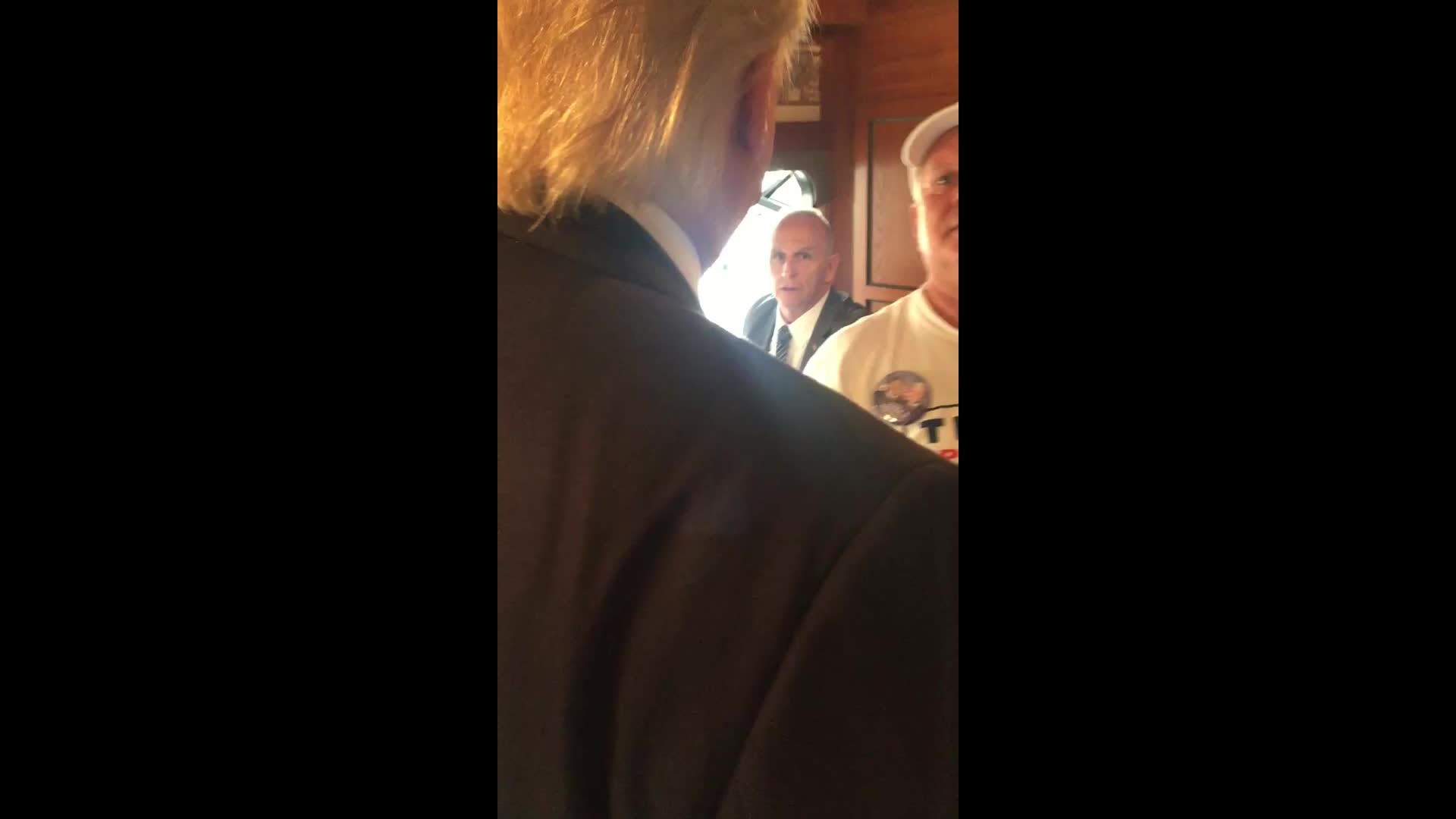 (CNN) -- President Donald Trump's legal team posted a video of him kissing campaign aide Alva Johnson that they say clears him, but that her side says proves her accusation of forcible kissing.

Johnson, a former Trump campaign staffer who lives in Alabama, alleged in a lawsuit filed in February that Trump grabbed her hand and forcibly kissed her without her consent in Florida in August 2016. Johnson also claims she was underpaid compared to male campaign staffers. The White House and the Trump campaign have denied Johnson's allegations.

A short clip of a longer video taken by a Trump campaign volunteer and released by Trump attorney Charles Harder earlier this week allegedly shows the encounter.

"And I've left my family for eight months for you," Johnson is heard saying in the video before Trump kisses her on what appears to be her cheek.

"For eight months for you," she repeats. "We're going to get you into the White House, I'll see you in February."

In a court filing Wednesday, Harder argued that the video shows Trump kissing Johnson in a manner inconsistent with her allegations.

"The two have a very brief, innocent interaction that is mutual -- and not forcible," Harder wrote, adding that the video indicates that Johnson's allegations "are entirely false."

But in a court document filed after the video's release, Johnson's legal team argued that "the video shows exactly what Ms. Johnson alleged happened to her: an unwanted kiss from Defendant Trump."

Johnson's lawyer, Hassan Zavareei, said in a statement to CNN on Friday: "To this day we have still not received the original unaltered video. There is no way to verify whether the video was cut."

Last month, US District Court Judge William Jung dismissed the lawsuit, tossing out Johnson's case and saying it was a political dispute.

The judge allowed for Johnson to file a reframed complaint. "The Court dismisses the Complaint without prejudice. Plaintiff may file an amended complaint within thirty days consistent with this order," he wrote.

But both parties have continued to file motions, including the video in question. On Friday, the judge agreed to both parties' request to extend the deadline to July 29.

"This is a political case with its own political agenda that would impact Donald Trump and paralyze his presidency. To do that is wrong," Harder said in court.

US District Judge William Jung responded that he felt Johnson deserved a hearing on her battery claim.

"As for the battery case, she is owed her day in court, I don't see that going away," Jung said.

Johnson is not the first or only woman to accuse Trump of unwanted sexual advances. She and 14 other women have made varying levels of sexual misconduct accusations against the President.

In October 2016, an "Access Hollywood" video from 2005 leaked that caught Trump saying that he felt entitled to "grab (women) by the p---y" without consent.

Johnson's team wrote in the initial complaint that after the "Access Hollywood" tape was publicized in October 2016, Johnson sought legal counsel for guidance over the kissing incident. About a week after the tape's release, Johnson quit the campaign, according to the lawsuit.

Zavareei told CNN that Johnson came out publicly with her allegation of sexual misconduct against Trump because she "decided that she couldn't be silent anymore," adding that "she tried to hire a lawyer immediately after the 'Access Hollywood' tape came out."