A military veteran is working to raise awareness on a subject he feels happens too often. 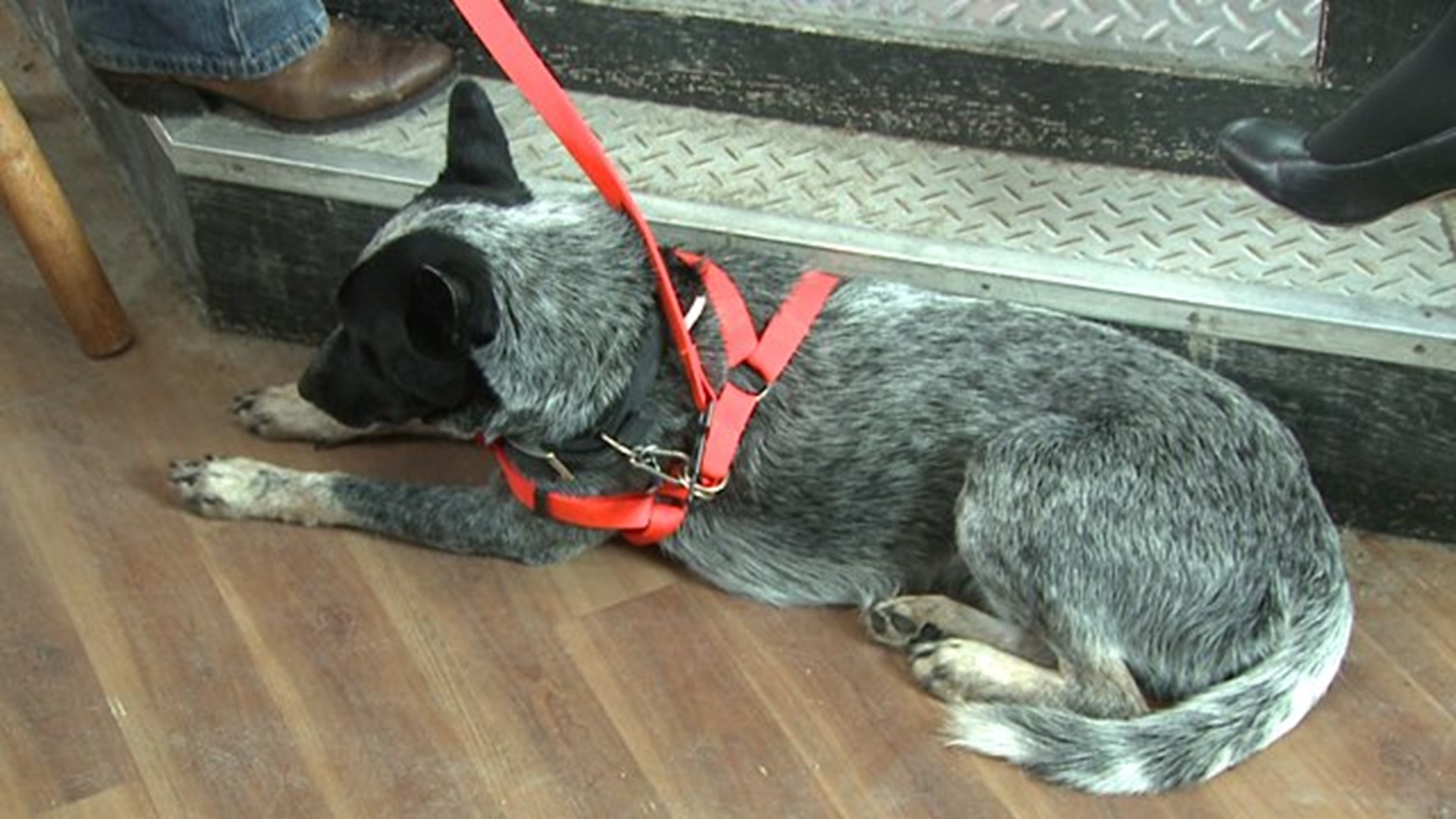 A military veteran is working to raise awareness on a subject he feels happens too often.

Hickman served in the 101st Airborne Division in Iraq, and came back with PTSD. His dog, Fatboy, is an emotional support dog trained by Hickman to help him through tough situations.

"I have anxiety issues. On the fourth of July, you get a bunch of booms that sound like mortars going off," said Hickman. "[Fatboy] will jump in my lap, we'll turn the radio on...he takes care of me."

Hickman said he showed the owner, Lori Nelson, all the paperwork for Fatboy, but she said she still needed to do some more research on the subject before she'd allow the dog inside Boone Docks.

"She told me that she was running a bar and a restaurant, not a kennel, and she basically told me to sue her," Hickman said.

After being contacted by News 8, Nelson sent a text message to Hickman, saying she had researched the subject, and the two of them were welcome in Boone Docks from now on.

However, Hickman said he shouldn't have to go through all that.

"This isn't about me, this is about helping others who don't know what rights they have," said Hickman. "There's going to be a lot more people coming back...that have the same problem I have. There will be a lot more animals issued out to soldiers who have Post Traumatic Stress Disorder."

In the state of Illinois, businesses are required to allow anyone with a disability to bring their service animals into areas where the general public is allowed.

For more information on service animal rights and laws in Illinois, click here.