ROCKFORD, Illinois– A liquor store just east of the Quad Cities told a veteran to leave because he had a service dog with him. Cesar Ordonez is an Iraq wa... 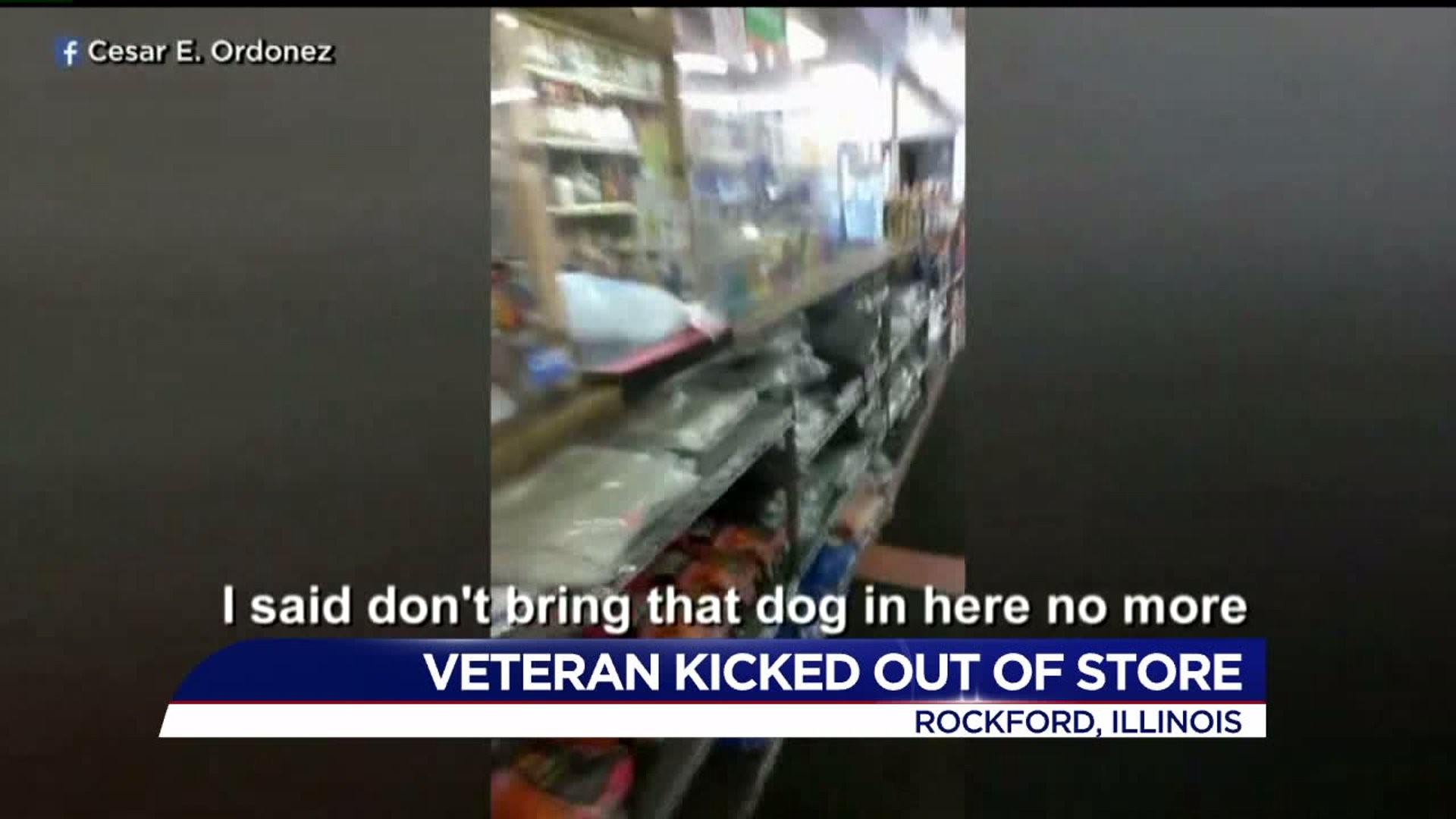 ROCKFORD, Illinois-- A liquor store just east of the Quad Cities told a veteran to leave because he had a service dog with him.

Cesar Ordonez is an Iraq war veteran, and Angel is his service dog. They go everywhere together. When Ordonez stopped for a snack and drink at Broadway liquors in Rockford, Angel came with him. The store owner wasn't okay with that.

Ordonez recorded part the encounter on his cell phone. "What did you say again?" the recording begins. "I said don't bring that dog in here no more," the store employee demands.

"So you're telling me not to bring my service dog in here, right?" the veteran clarifies.

"Yeah, don't bring that dog in here no more. If you have the dog, go somewhere else," the employee says.

Later, Ordonez told his side of the story to a local news station, recalling, "When I walked in, they're like, whoa whoa, wait a second. You can't have that dog in here. And I said, yes I can. He's a service dog."

Ordonez eventually left the store. But Illinois store employees legally cannot ask customers with service animals to leave because of their animal.

"That sounds like a violation of the law," Illinois Attorney General Lisa Madigan clarified. "The employee of the store or the owner of the store, absolutely should have allowed that veteran in with his service animal."

Madigan says her office will investigate the situation further if asked.

The store worker who kicked Ordonez our called the dog "big and scary-looking," but wouldn't comment further about the incident.