A vehicle crashed into the Hy-Vee gas station on Avenue of the Cities. 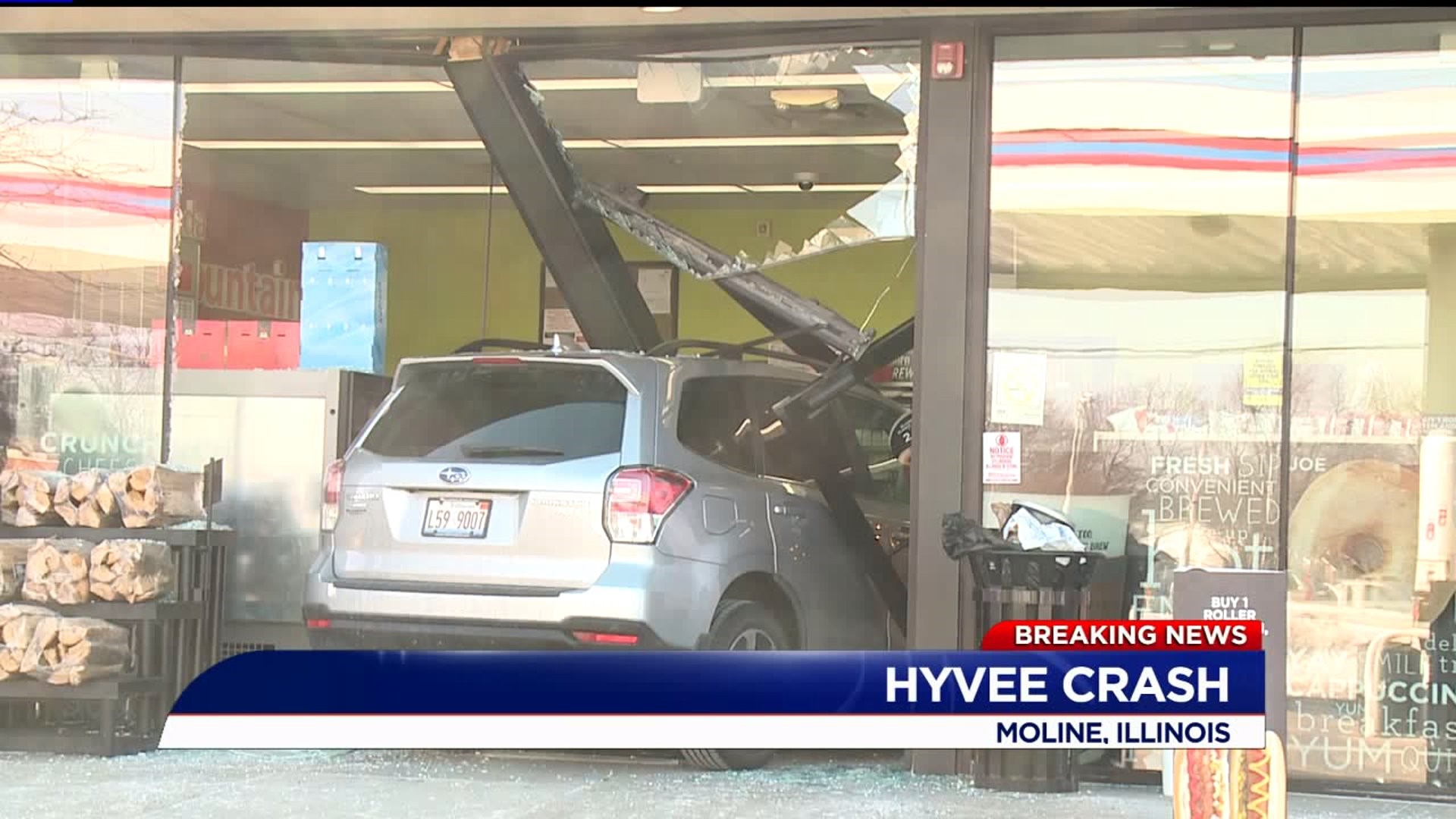 MOLINE, Illinois -- A vehicle crashed into the Hy-Vee gas station on Avenue of the Cities, leaving the building severely damaged.

The crash happened around 9 a.m. Friday, February 22.  The gas station is located off Avenue of the Cities near the intersection of 42nd Street.

According to Moline Police, the driver told officers that the accelerator of her car got stuck, and she was unable to stop.

The driver sustained minor injuries.  Nobody inside the gas station was hurt.

The store was expected to remain closed until the end of February, but the gas pumps were still available.