The van was a shuttle for a military families support group. The passenger was struck in the chest with the tripod, but was more concerned about the first respo... 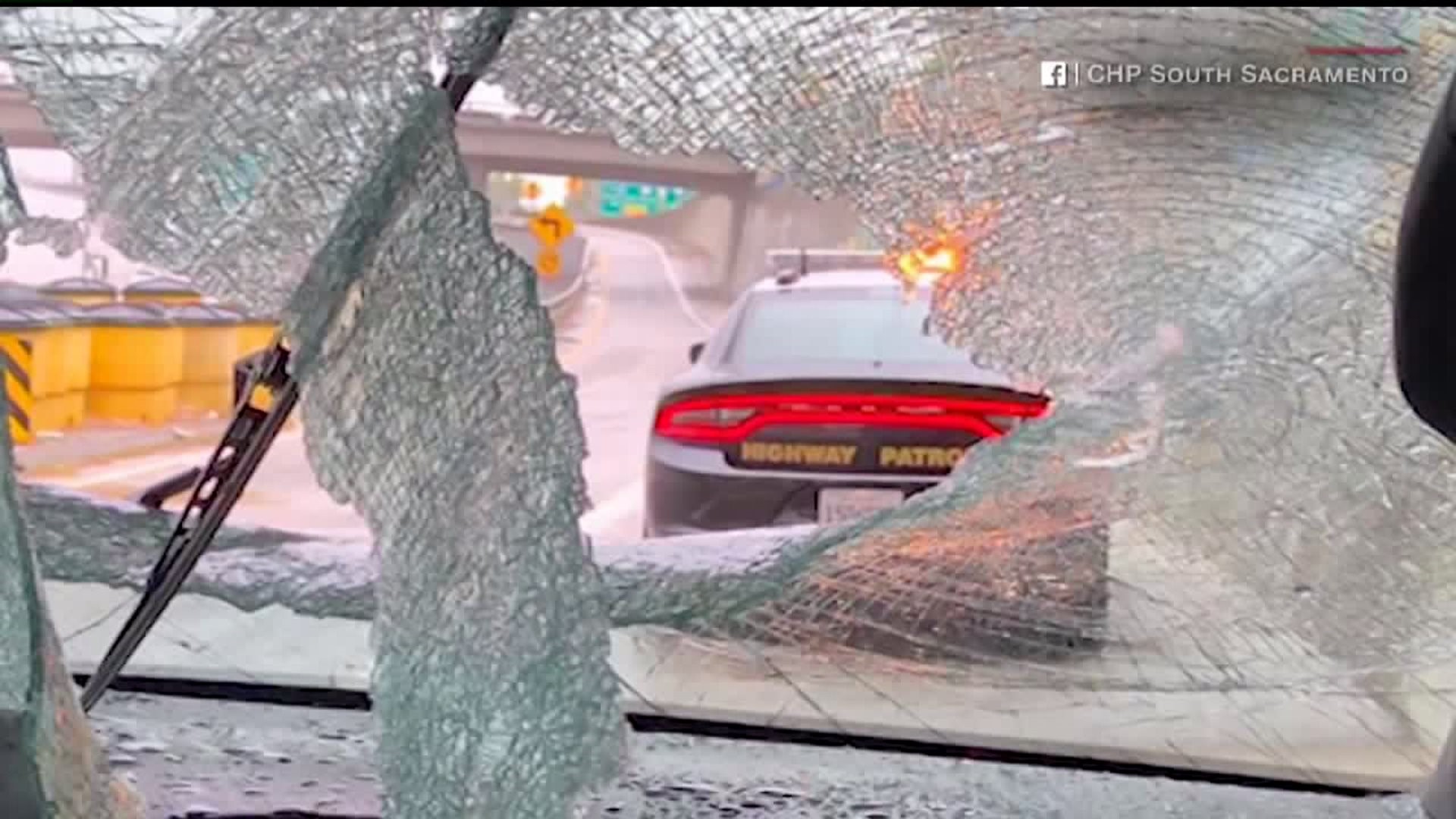 SACRAMENTO - A Caltrans tripod was stolen Thursday in Old Sacramento before it was thrown through the windshield of a van traveling on Interstate 5, injuring the people inside.

The van was a shuttle for Military Families Support Group.

"I was picking a veteran up from the Sacramento Airport heading to Mather to pick up another veteran. That's what we do" driver Tim Page said.

The California Highway Patrol says around 10:30 a.m., someone stole a Caltrans survey team's tripod from the corner of Neasham Circle and Front Street.

Minutes later, investigators determined the tripod was deliberately thrown from the 2nd Street overpass. It pierced a windshield on the passenger side of a passing Chevrolet van heading south on I-5, according to the CHP.

"And out of the corner of my eye I see this yellow thing and the next thing I know, my rider has this thing stuck in his chest," Page said.

"And there was no blood or anything," Page said. "And I didn’t realize that that spike had  gone into his chest into his lung, and broke four ribs."

Page says his passenger didn't even think they should call 911.

While waiting for an ambulance in the rain, Page says his passenger suggested they move under an overpass so first responders wouldn't get wet.

"You know he's very experienced in what he did before he retired," Page said.

Investigators say officers used a local business's surveillance footage to determine the suspect was a man wearing dark-colored shorts and a dark-colored shirt, as well as blue sneakers.

Around 1:20 p.m., a sergeant spotted a man matching the suspect's description walking in the area where the theft took place. The 32-year-old transient man ran and struggled with the sergeant before he was detained.

The man was arrested on suspicion of resisting a peace officer and for an active warrant. The CHP is still investigating the incident, but if the man is found to be responsible for the crime he could face a felony charge for attempted murder.

Page says his passenger is recovering in the hospital, but is in good spirits. Had the tripod hit him just a few inches to the left, he would have been in much worse shape.

"He could have been dead. If that thing would have hit over here in his heart, I mean that spike is that long," Page said. "And it went all the way in."