Firefighters had to gain access to the attic through the house’s roof. 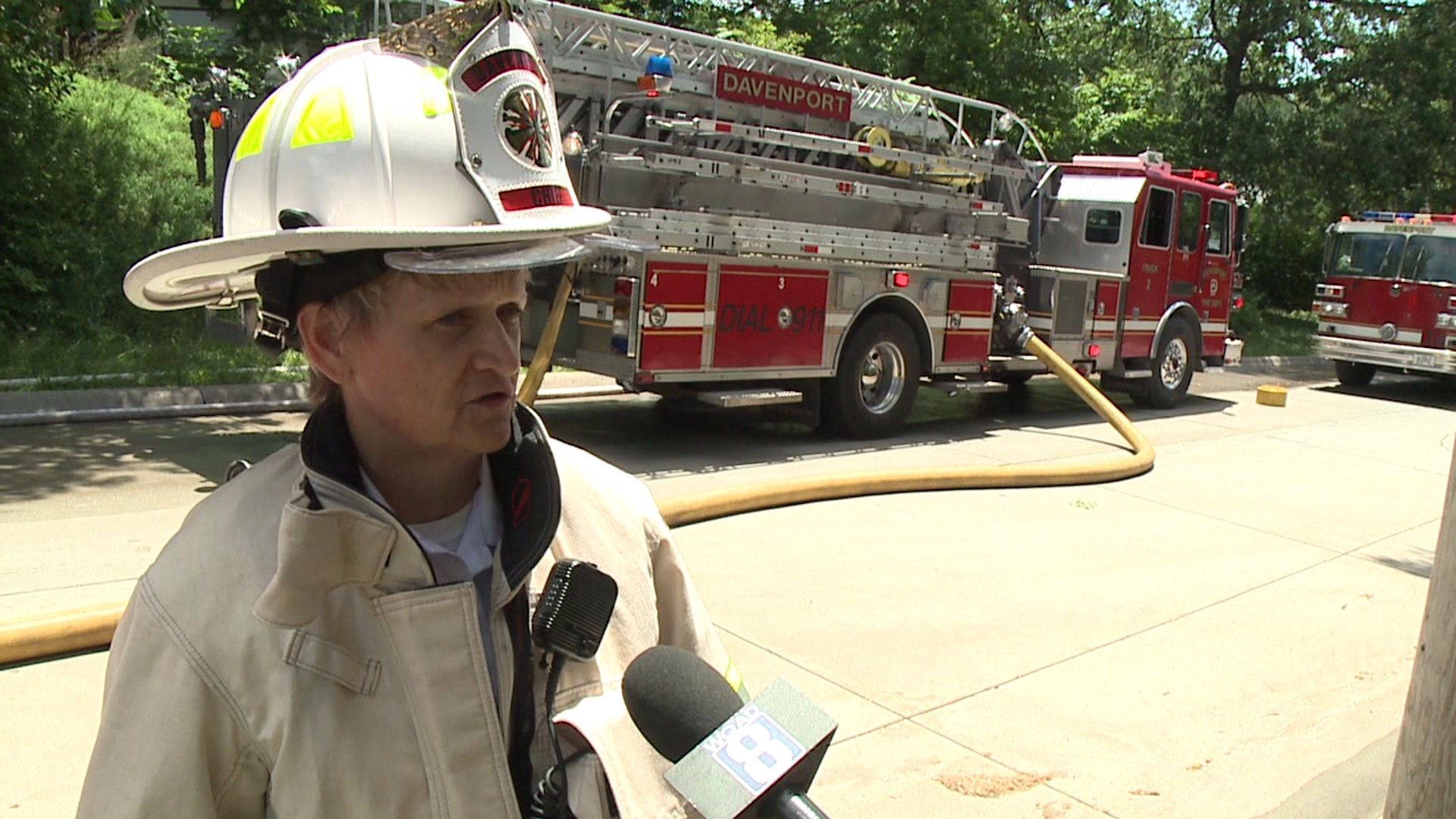 DAVENPORT -- Fire officials extinguished a fire inside a vacant house on Mound Street in the Village of East Davenport around noon on Friday, July 14.

Davenport Fire Chief Lynn Washburn said the empty house's overgrown yard made accessing the home a bit difficult, but crews were able to knock down the fire. Flames had spread to the house's second floor and smoke was coming out the roof, she said.

There were also indications that some re-modeling work was going on at the home at the time the fire started, Washburn added.

Because of multiple hot spots Washburn said it would be a "long afternoon" to put things out completely and that the department will be rotating crews throughout the rest of the day.

The fire did force the closure of Mound Street between 16th Street and Kirkwood Boulevard for a time.

No one was injured as a result of the blaze.