Despite a cancelled meeting with the taliban, US officials are reportedly still trying to make a peace deal with the group. 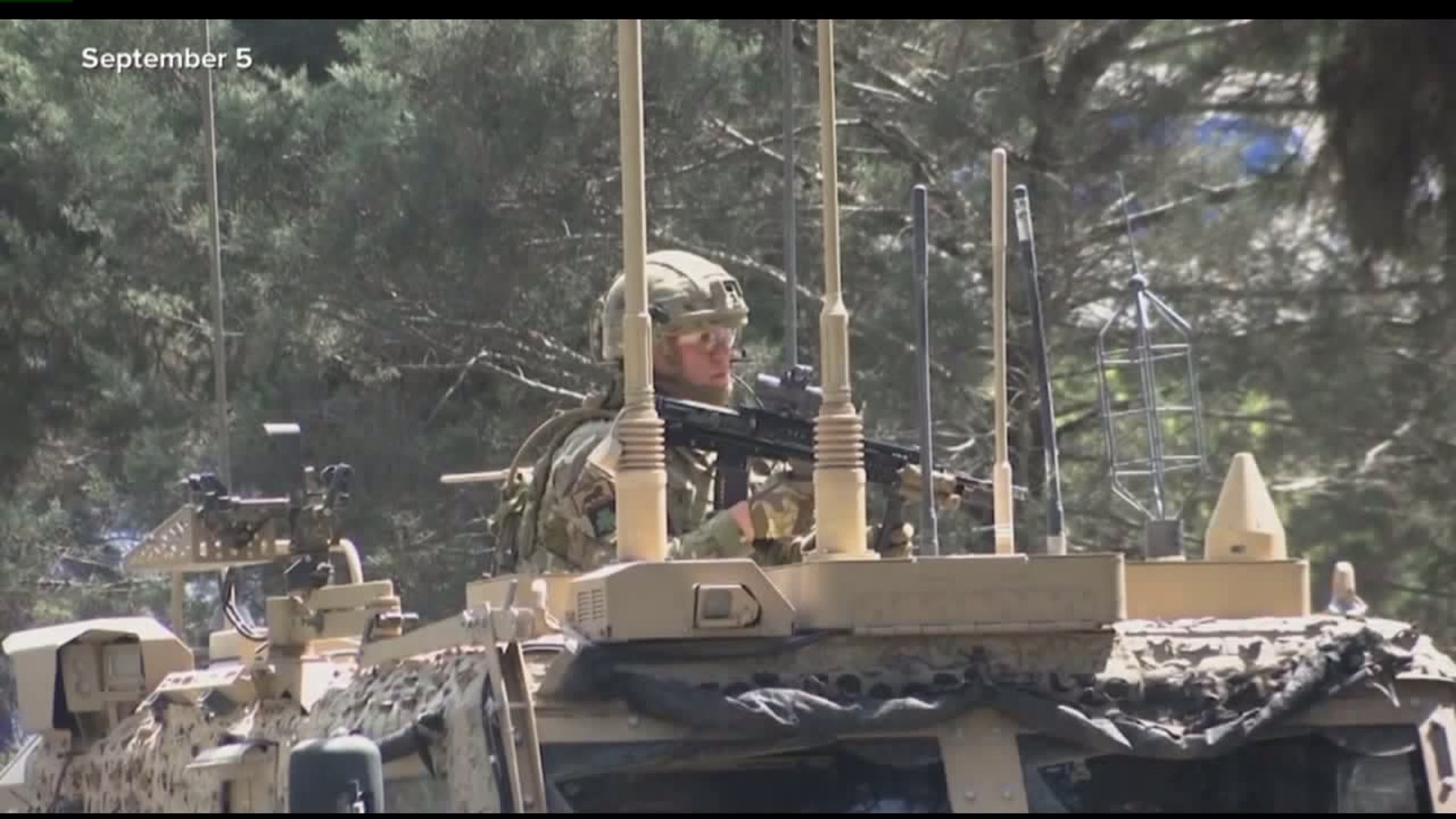 The US is still interested in striking a peace deal with the Taliban, Secretary of State Mike Pompeo told CNN Sunday, but won't move forward until there is proof that the Taliban can deliver on its commitments under a potential agreement.

Pompeo was speaking to CNN's Jake Tapper on "State of the Union" the morning after President Donald Trump unexpectedly announced he had canceled a secret Camp David meeting with Taliban leaders. The President said he scrapped the meeting after the Taliban took credit for an attack in Kabul, Afghanistan, that killed a dozen people, including an American soldier.

"I think as you saw, if the Taliban don't behave, if they don't deliver ... the President of the United States is not going to reduce the pressure," Pompeo said.

He listed a number of items he said the Taliban had, in principle, agreed to -- including sitting down with Afghan leaders, achieving "certain reductions in violence" and breaking with al Qaeda.

"If we can't get those conditions met ... we're not going to enter into any deal," Pompeo said.

The secretary of state said Sunday's now-canceled meeting at Camp David was in the works "for a while" and defended Trump's decision to invite Taliban leaders on US soil.

"It was the case that when the Taliban tried to gain a negotiating advantage by conducting terror attacks inside the country, President Trump made the right decision" to walk away, Pompeo said. "It made no sense for the Taliban to be rewarded for that kind of bad behavior."

Despite Trump's statement that he was ending peace talks, Pompeo said the administration is still working toward a deal and was seemingly close to one before Thursday's bombing in Kabul.

"We have it in hand, and there's still more work to do ... but in the end, it won't be about the commitment, it'll be about their delivery," he said. "We're going to keep driving toward that outcome."

The decision to invite Taliban leaders and Afghan President Ashraf Ghani to Camp David was made a week ago in a meeting with Trump and national security officials, a person familiar with the matter told CNN. Trump, who has been pressuring his team to develop drawdown plans, had grown discouraged by the peace talks after being told by national security adviser John Bolton and Sen. Lindsey Graham, a South Carolina Republican and foreign policy hawk, the emerging plan put too much trust in the Taliban.

Trump told his team he would be better positioned to do the negotiating himself, the official said. The location was a subject of dispute inside the administration but ultimately Trump signed off on Camp David, cognizant of its history in hosting talks with foreign leaders.

Arrangements were made over the past week to bring the Taliban leadership to the US, and Ghani had planned a trip to Washington.

After the bombing Thursday, the national security team convened again and briefed Trump on the situation. The decision was made then to cancel the talks and Ghani canceled his trip.

The Taliban leaders never arrived in the US, according to the official.

Despite Trump saying in his tweet Saturday that peace negotiations are called off, new dates are being discussed by the White House for a potential meeting with the Taliban and the Afghan government, a source familiar with the planning told CNN. It's unclear if the Taliban will have to make hard and fast commitments before the meeting or if Trump is using the cancellation and rescheduling simply as a negotiating tactic.

Responding on Sunday to Trump's decision to cancel the talks, the Taliban said the move "would not harm anyone else but the Americans themselves" and will show its "anti-peace stance in (a) more clear way."

However, the Taliban left the door open to future talks. "By continuing the dialogue, the Islamic Emirate has proved to the world that others have imposed war on us, and if the path of dialogue is open we are committed to it."

Next US moves remain unclear

The unprecedented move by the President to invite Taliban leaders onto American soil comes after Trump said as recently as late last month that he is planning to withdraw thousands of US forces from Afghanistan but will keep 8,600 troops in the country at least for the time being. It's not clear if Trump's Saturday night announcement will impact that plan.

But the revelation he was inviting Taliban leaders onto US soil prompted alarm among congressional lawmakers, including several prominent members of Trump's own party.

Wyoming Rep. Liz Cheney, the No. 3 Republican in the House, said on Twitter that "no member of the Taliban should set foot there. Ever." She added that Trump was "right to end the talks."

Illinois Republican Rep. Adam Kinzinger, an Air Force veteran who served in Iraq and Afghanistan, similarly said in a tweet that members of the Taliban should "never" be allowed in the US.

Asked if she would have considered inviting the Taliban to Camp David, Sen. Amy Klobuchar, D-Minnesota, told CNN's Jake Tapper on "State of the Union" Sunday that "you don't want to rule anything out, but the main point here is you want to have an agreement. You want to have it done with your allies. You want to make sure that you're ready to go. This is a very fluid situation."

She added, "it's just another example of the President treating foreign policy like it's some kind of game show. This isn't a game show."

Trump's announcement Saturday comes as the US and the Taliban appeared to be close to finalizing a peace deal. US Special Envoy for Afghanistan Zalmay Khalilzad returned to Doha, Qatar, this week to resume talks with the Taliban.

But the insurgent group has not halted its campaign of violence as the peace talks with the US have taken place, and Thursday's killing of an American when a deal was reportedly close appears to have prompted the dramatic move from the President.

The Pentagon announced Friday that Sgt. 1st Class Elis Angel Barreto Ortiz was killed in Afghanistan. Barreto, a 34-year-old paratrooper from Morovis, Puerto Rico, died when a car bomb exploded at a checkpoint near NATO headquarters and the US embassy in Kabul. Barreto is the 16th US service member to be killed in Afghanistan in 2019, and three other American service members have been killed in recent weeks.