Teams will be tossing sandbags and climbing over walls this weekend as part of a unique fitness competition taking over downtown Rock Island. 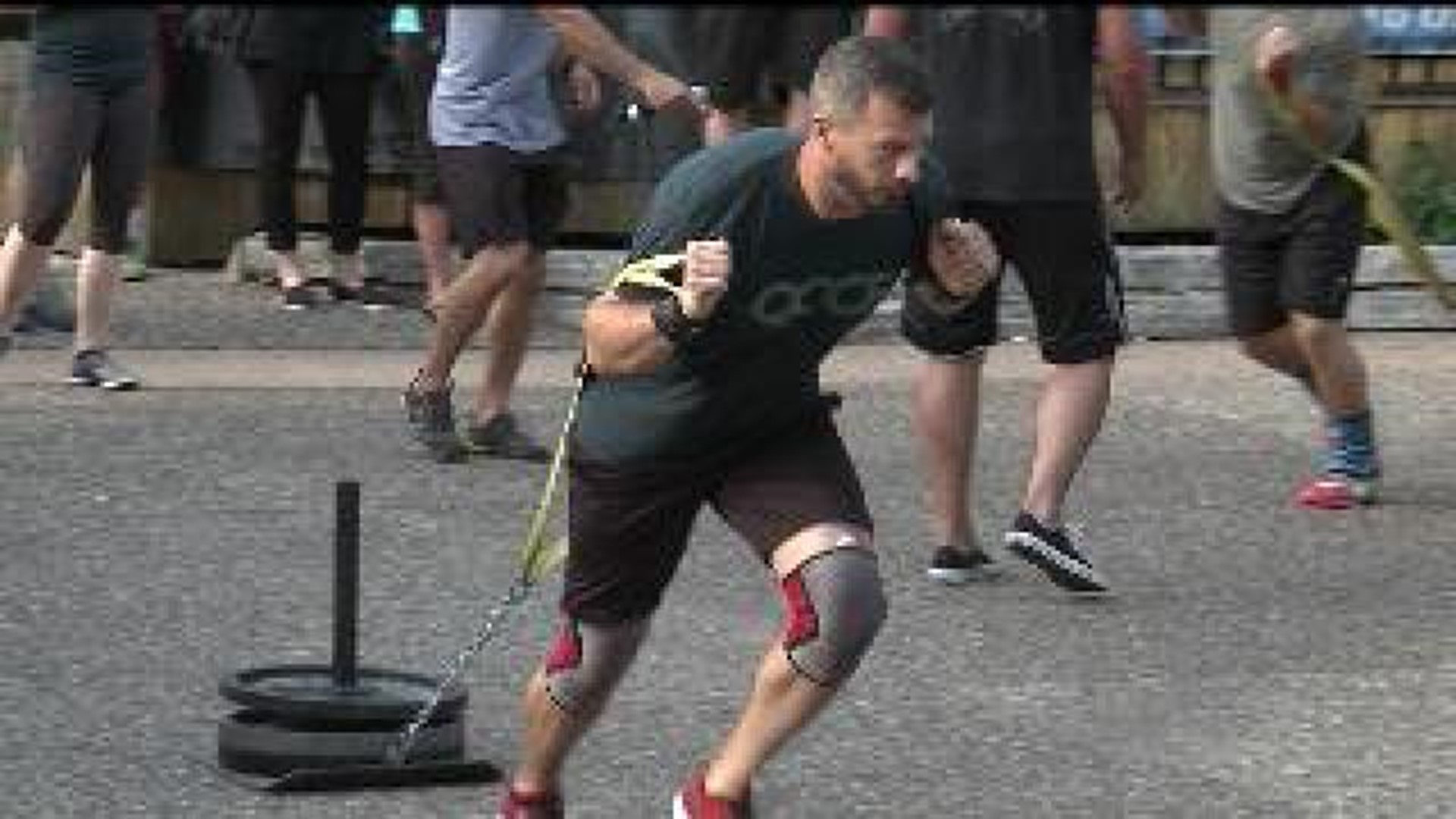 Teams will be tossing sandbags and climbing over walls this weekend as part of a unique fitness competition taking over downtown Rock Island.

The Urban Street Games began Friday night in The District of Rock Island. Nearly 60 teams from around the Midwest are participating in the fitness competition organized by Quad City CrossFit. Teams are made up of two males and two females, who compete in timed workouts that test their strength, agility and endurance.

"We kinda throw everything and anything at them that we can," said organizer Josiah Lorentzen with Quad City CrossFit.

This particular competition is unique, though, because of both its outdoor location and its unusual equipment.

"We're using sandbags, we're climbing over walls, we're going down by the river to do some running... we're pulling sleds. We're trying to give it a kind of grassroots feel, so that when people come see this, a lot of spectators are going to be like, 'You know what? I could probably figure out how to do that,'" said Brandon Bartz, an organizer of the event from Quad City Crossfit.

Athletes from as far away as Chicago and St. Louis are participating in the games, and even though they're competing against each other, many say it's the sense of community that makes CrossFit unique.

"Everybody's here for everybody. Nobody's better than anybody. The last person done is the one that's getting the most encouragement," said Vinny Lind.

The Urban Street Games continue on Saturday, June 28, 2014, from 9 a.m. to 7 p.m. The event is free to spectators and all are invited to attend.

Cash prizes will be awarded Saturday night to the top three winners in each division.