A Tennessee elementary student was mocked for his homemade t-shirt – until it became an official product. 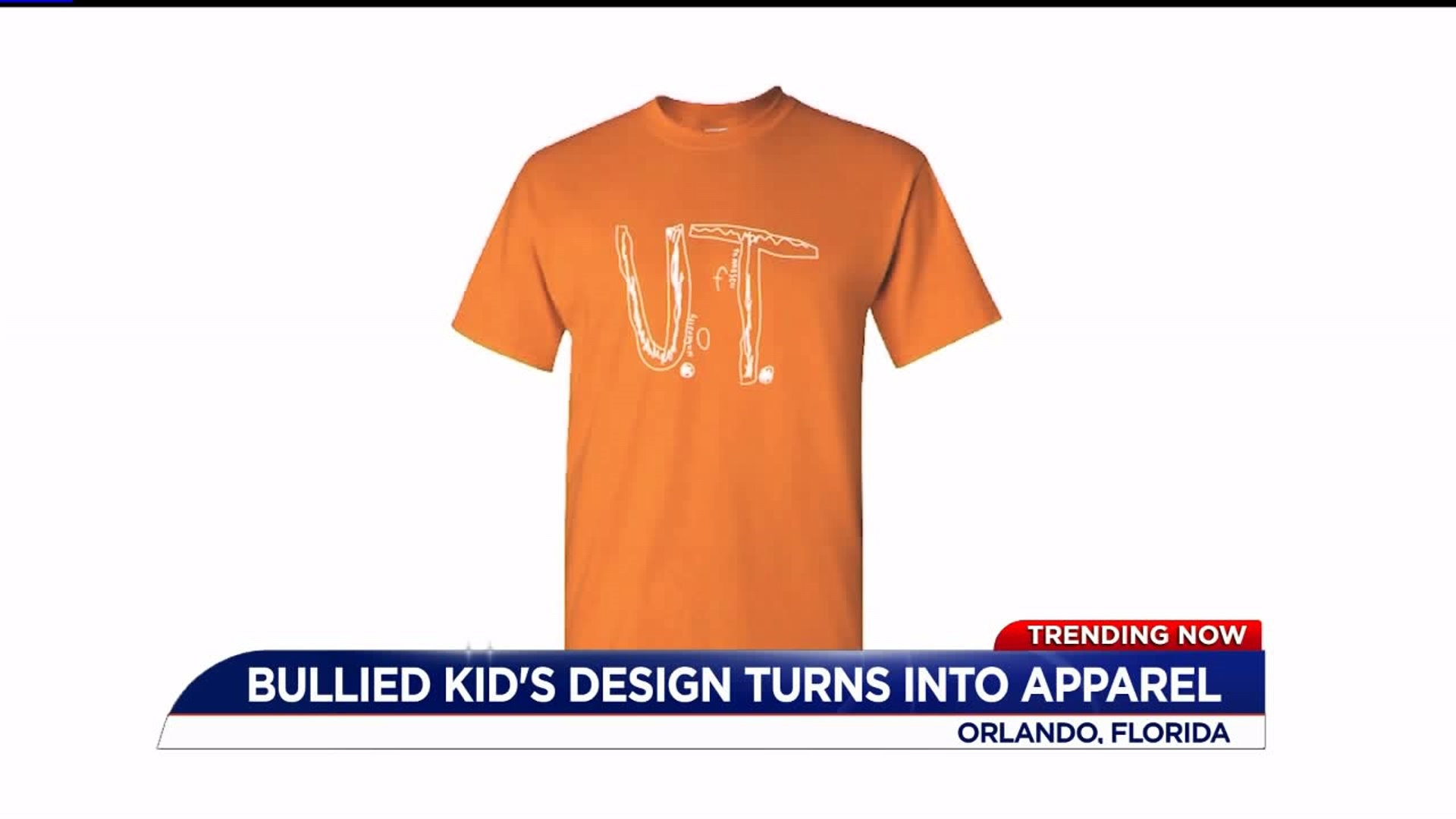 KNOXVILLE, Tenn. – After a boy in Florida was mocked for his homemade T-shirt celebrating his beloved Tennessee Vols, the university announced Friday that the young fan's design will be added to its merchandise line.

On Wednesday, the boy's elementary school teacher posted a photo on Facebook of the boy wearing his shirt and explained that he wore it as part of college colors day.

"When I told my students about this day a week before, this particular child came to me and told me that he wanted to wear a University of Tennessee shirt, but he didn’t have one," Laura Snyder wrote. "We discussed that he could wear an orange shirt to show his spirit."

Snyder said he would tell her every day about the orange shirt he was going to wear.

"So when the day finally arrived, he was SO EXCITED to show me his shirt," according to Snyder. "I was impressed that he took it one step further to make his own label."

However, when he came back from lunch, he put his head on his desk and started crying.

"Some girls at the lunch table next to his (who didn’t even participate in college colors day) had made fun of his sign that he had attached to his shirt," his teacher explained. "He was DEVASTATED. I know kids can be cruel, I am aware that it’s not the fanciest sign, BUT this kid used the resources he had available to him to participate in a spirit day."

Snyder ended the post saying she wanted to at least buy him a University of Tennessee shirt, but if anyone had connections to the school she was hoping to make it "a little extra special for him."

Her post was shared thousands of times, and Snyder told WATE he was ecstatic to receive a UT care package filled with Vols gear.

Then, on Friday, the school announced it would be adding the boy's own design to its T-shirt line. A portion of proceeds from each shirt will be donated to STOMP Out Bullying, the shirts can be pre-ordered for a late September delivery.

You asked for it, and @UTVolShop made it happen. 🍊👊 https://t.co/nBGYmyooC1