Underage drinking in Mercer County is considered by some to be an epidemic that needs more attention. It’s part of the reason some of the county high scho... 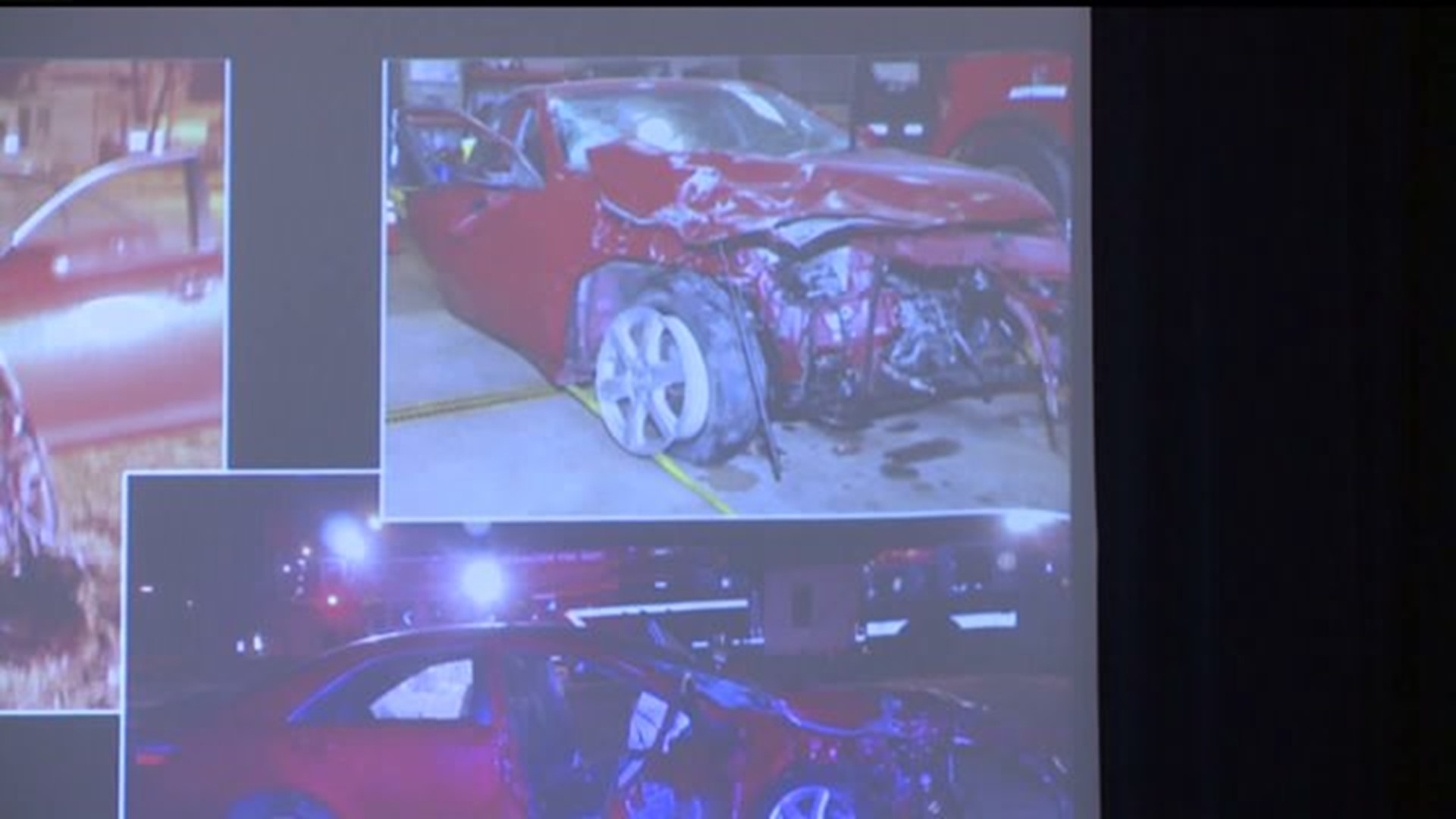 ALEDO, Illinois - Underage drinking in Mercer County is considered by some to be an epidemic that needs more attention. It's part of the reason some of the county high school students are getting a tough lesson in consequences right before Thanksgiving break.

Whether you're a teacher or a student, word of an underage drinking party can spread fast.

"Yeah, you hear about it all the time," Mercer County High School senior Jacob Jenkins said.

"This is a big one for me. None of us live under a rock and think it doesn't happen, but if we can present something like this and we can save one life, we've done our job," Day said.

This meeting with State and County law enforcement - about the dangers of underage drinking, and drinking and driving - students say they've heard it all before.

"Honestly, until we actually have something happen to us, it's not going to open our eyes. It's helped a little bit, but not as much as it should," Mercer County High School senior Madison Prater said.

"It informs, but it doesn't truly get across the dangers and the possible consequences of underage drinking," Jenkins said.

This has county and school leaders working at a way to better have the message hit home about a problem in Mercer County that isn't going away.

"It definitely makes us step back and look at really what are we doing to educate kids and give them other options," Day said.

Students may not see the meetings as a big difference-maker, but for now, their biggest weapon against underage drinking is information and the truth.

"It's a message we really just have to keep getting at, because as soon as you start backing off from that, it's like we're not talking about that, it's not a big deal and it'll all be fine," Day said.

They just hope students have an open ear.

"It might get old, but for some people, it would be beneficial. For the people that actually care," Prater said.

The meeting with students happened just as they were dismissed for Thanksgiving break, a period of three days that are some of the deadliest on the roadways. Between the day before Thanksgiving and Black Friday, nearly 400 people are expected to die in crashes involving a drunk driver.