U.S. recyclers sorting through oversupply of paper after China restrictions

U.S. recycling operations have been scrambling since China tightened its standards on what it would take, down to just 0.5% contamination. Recycled commodities ... 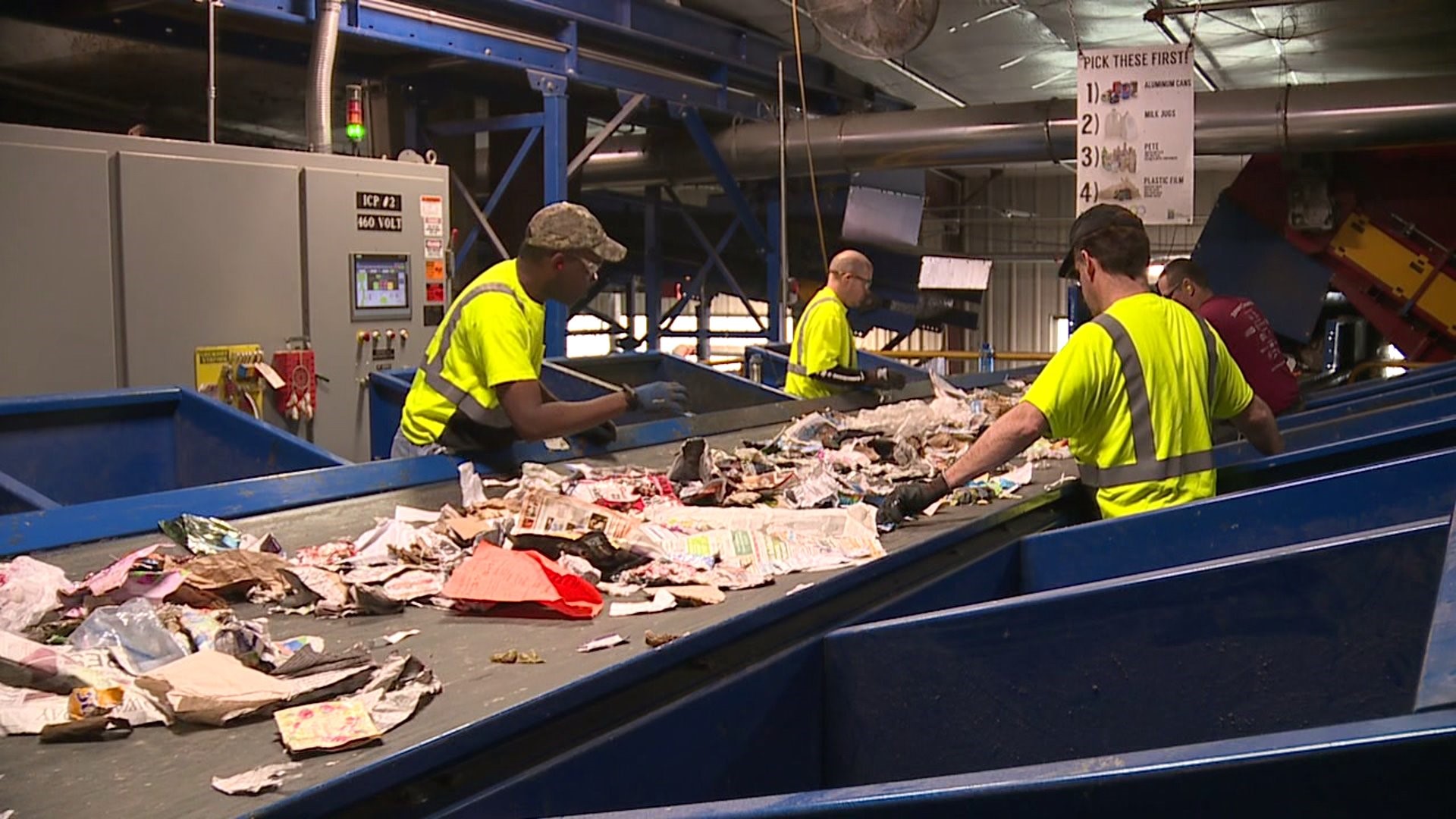 DAVENPORT, Iowa -- U.S. recycling operations have been scrambling since China tightened its standards on what it would take, down to just 0.5% contamination. Recycled commodities have flooded the U.S. markets, tanking prices and causing officials to ask the public to think a little more carefully about what they through into the recycle bin.

Kurt Liske at the Waste Commission of Scott County pointed out things like styrofoam, plastic bags, and even greasy pizza boxes as examples of items that should just be thrown right into the trash.

"It may not seem like much, but when you're talking about an entire country's worth of people recycling," said Liske. "Hey, it takes more of our time, more of our energy and effort, but then it's also now you've got an extra truckload going to the landfill," he said.

Scott County never shipped anything directly to China, but the country's move to tightly restrict its intake of U.S. recycled materials rocked the recycling industry nationwide. Megan Fox, at the waste commission, said that paper could be sold at $80 per ton just three years ago. Now, Scott County is selling it at $5 per ton.

The waste commission has made additional investments at its recycling facility, including adding about 30 new jobs and a second shift, to enhance the facility and catch more contaminants from its recycled paper, plastics and other materials.

It has also stepped up public education efforts to make sure residents learn what kind of materials they should put in the recycling bin, and what they should just throw in the trash.

"When in doubt, throw it out," said Liske.