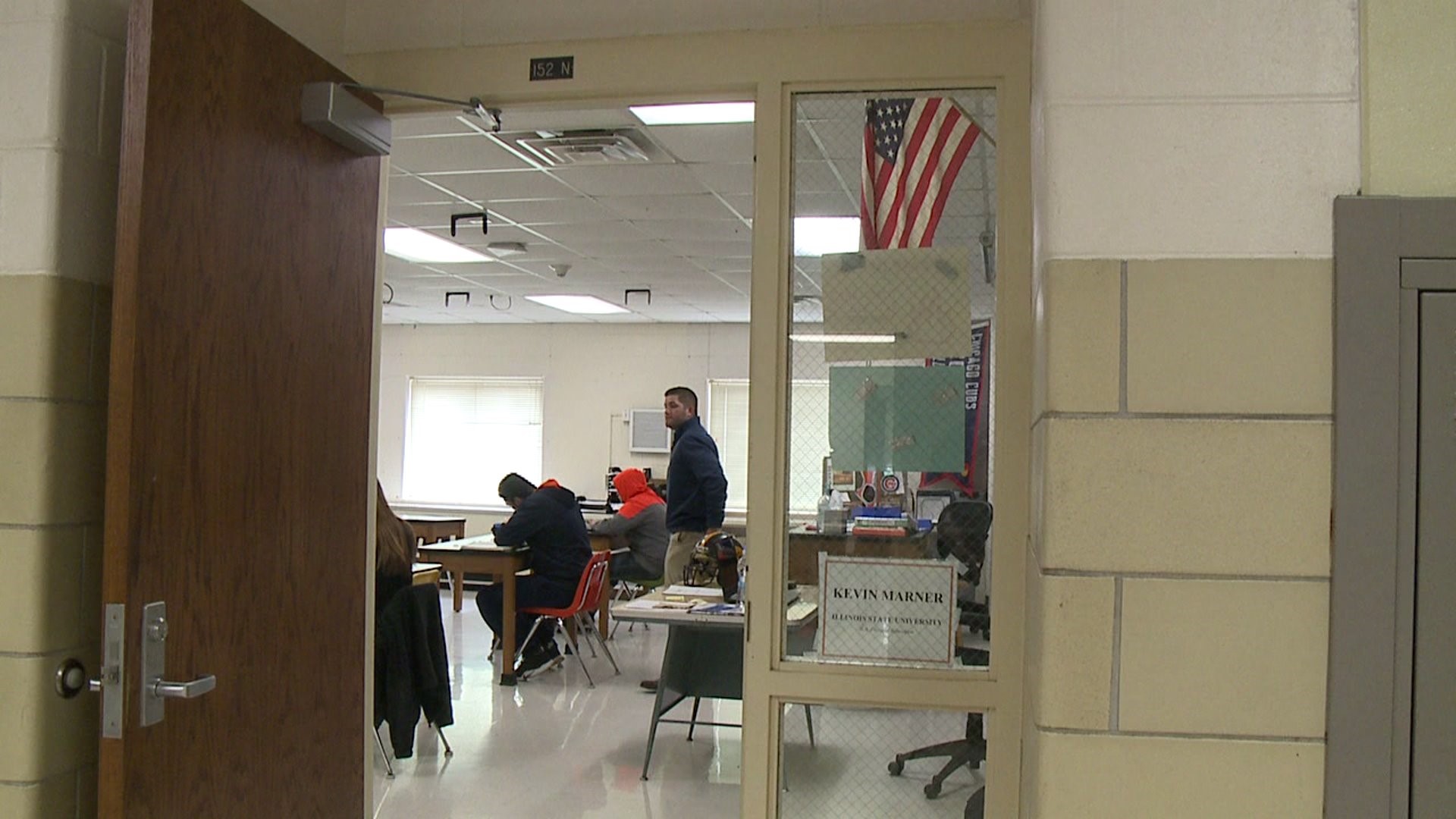 EAST MOLINE,  Illinois  --  Illinois State Senator Neil Anderson hosted a new essay contest this year. Anderson asked all high school students in his district, district 36, to write an essay about a teacher who has changed their lives.

Anderson only chose four students winners, one from each grade level. Two of those winners were from United Township High School in East Moline. Morgan Carter wrote her essay about special education teacher Paul Holland. Carter said she did not believe her essay would win.

"He teaches us about more than just English," Carter said. "He teaches us how to survive a job interview and write a resume. It is my favorite class. I did not think I would win."

Holland says his class focuses on the transition from high school to college.

"I was really touched," Holland said. "I was blown away. I thought it was really cool."

"We are comfortable with each other," Carter said. "We like to talk about stuff, we bond with conversation. The class is like family."

Mr. Holland is not the only teacher who had an award winning essay written about him.

"I had no idea," special education teacher Kevin Marner said. "That's the beauty of it. I had no idea he was doing it."

Senior Robert Deuth wrote his letter about Mr. Marner, a teacher he hadn't had since his freshman year.

"It's kind of hard to forget a cool teacher," Deuth said. " I wrote that he’s very helpful, kind, and caring. He’s always here for someone who needs it."

"Freshman year, he had a little trouble with writing and comprehending his reading, so seeing him do this is amazing," Marner said.

"It's two students who's essays weren't perfect," Holland said."Their learning disabilities don't enable them to write the most coherent essay, and they still won."

The teachers and students will travel to the capital on Thursday, May 23rd, with Senator Anderson. They will be introduced on the senate floor.

They will also get to enjoy lunch with the Senator and their essays will be on display on his website.