With pressure on the Illinois side to remain victorious, the 27th annual Tug Fest is underway. 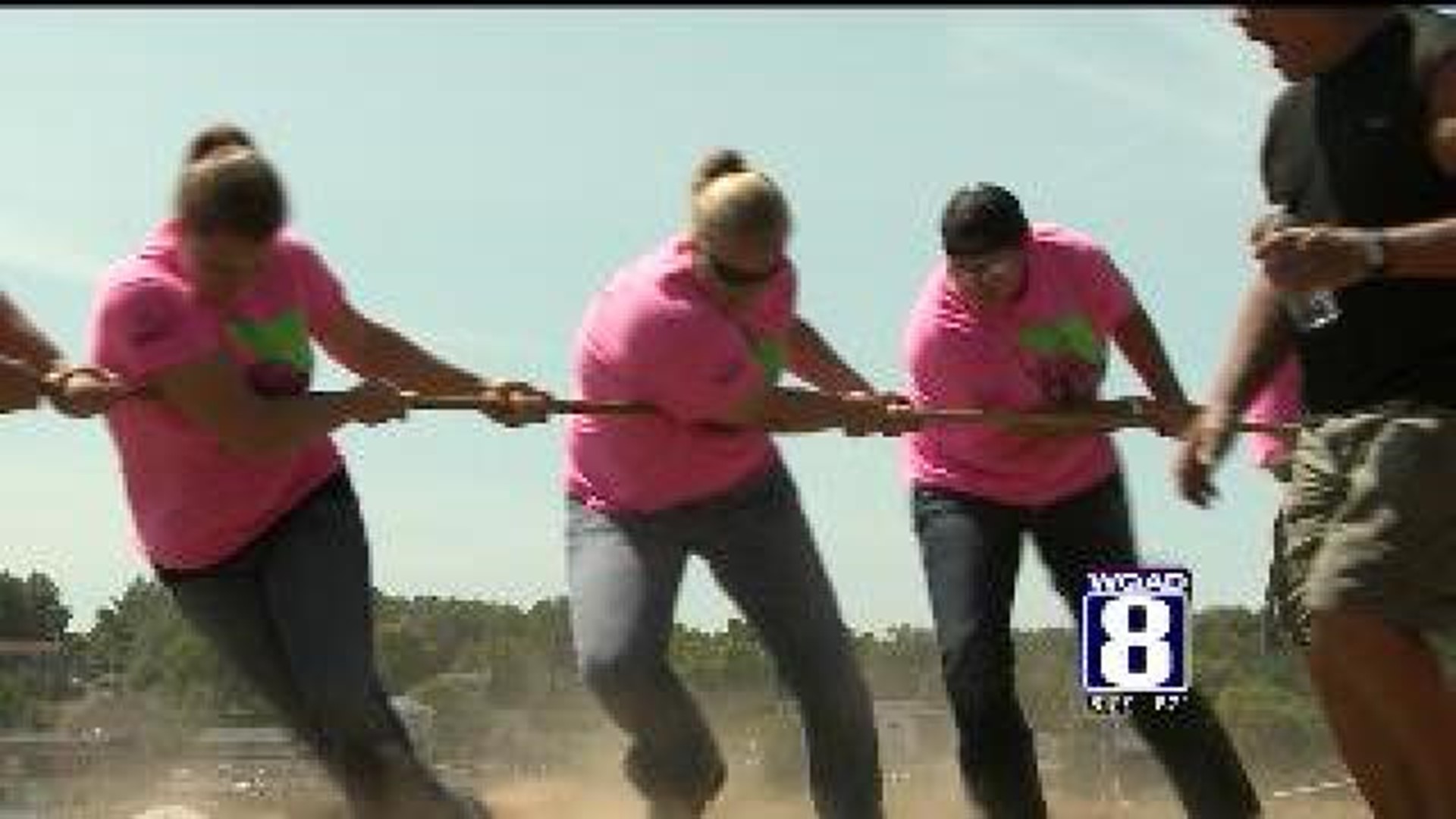 With pressure on the Illinois side to defend her title, the 27th annual Tug Fest is underway.

Tug Fest is an event held every year on the banks of the Mississippi River where Illinois residents and Iowa residents play a giant game of Tug of War across the water.

On Saturday, August 10, 2013 the Tug starts for LeClaire, Iowa and Port Byron, Illinois around noon. The Illinois side has won for the last seven years and is up 16 – 10 on Iowa.

“These guys have been practicing,” said volunteer, Matt Russel. “You just don’t walk and say ‘Hey I’m going to pull on the rope’ you’ve got to make so many practices, you have to be picked to get on a team, you’ve got to show you want to be there. It’s that competitive.”

Tug Fest started on Thursday, August 8, with free admission, inflatable bounce houses, carnival games music, food and more. Along with carnival games and arts and crafts Friday will showcase a Lumberjack Show and a Queen Pageant.

A pancake breakfast and the Port Byron Tug Fest 5K Run/Walk will start the big day at Tug Fest on Saturday- the day of the Tug of War.