Davenport Police have arrested two men after an early-morning assault. 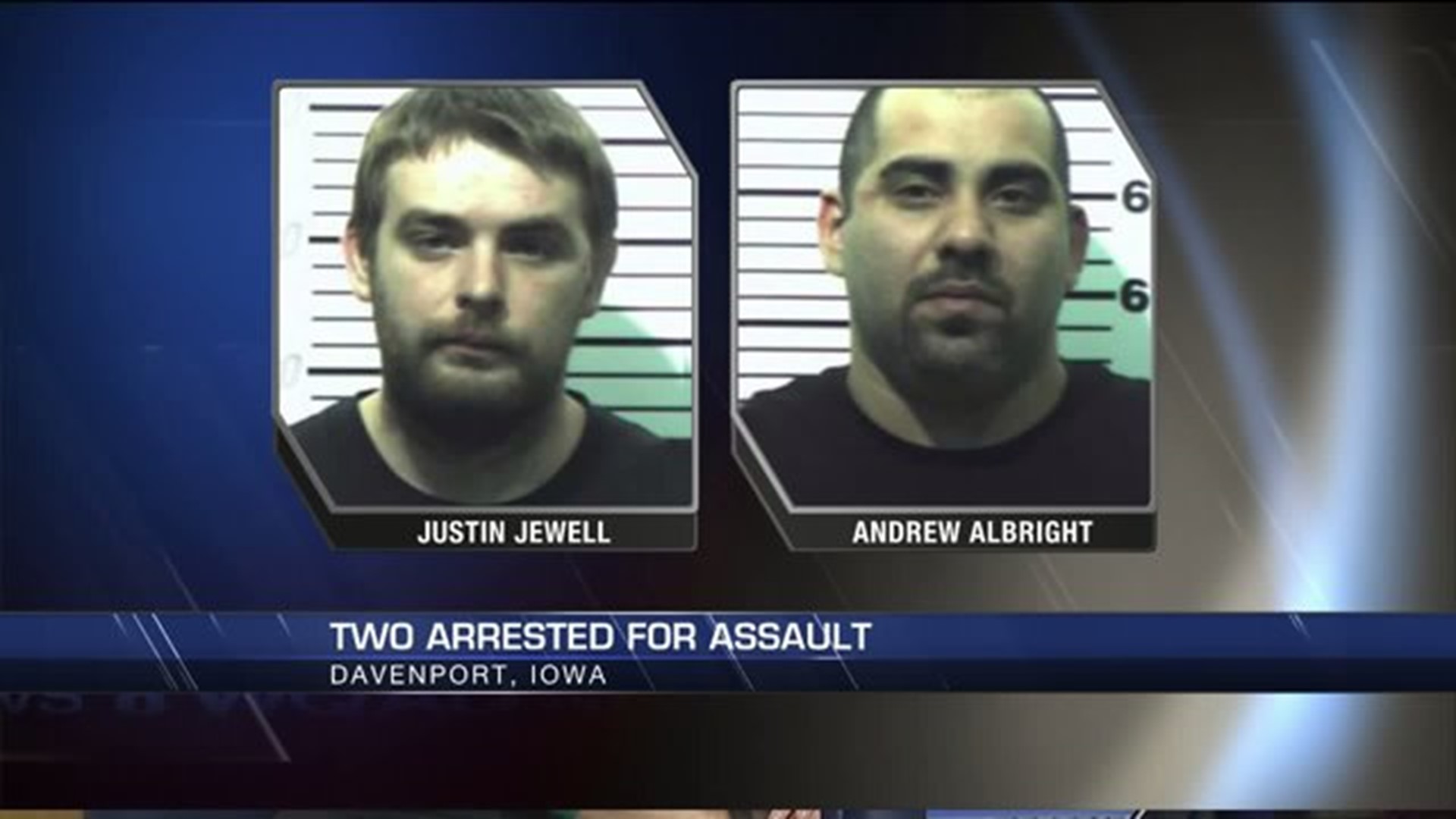 Davenport Police have arrested two men after an early-morning assault.

Police responded to the 1000 block of North Thornwood shortly after 4 a.m. on Sunday, November 6, 2016. According to police, officers found one man who was hurt during an assault. He was taken to the hospital, and has been treated and released.

As a result of the investigation, police arrested Justin Jewell, 29, of Davenport and Andrew Albright, 30, also from Davenport.

Both Jewell and Albright were charged with false imprisonment, willful injury, and assault while displaying a weapon.

Both men were released from the Scott County Jail on $5,000 bond.