Two churches doors apart from each other in Buffalo were broken into and vandalized overnight. 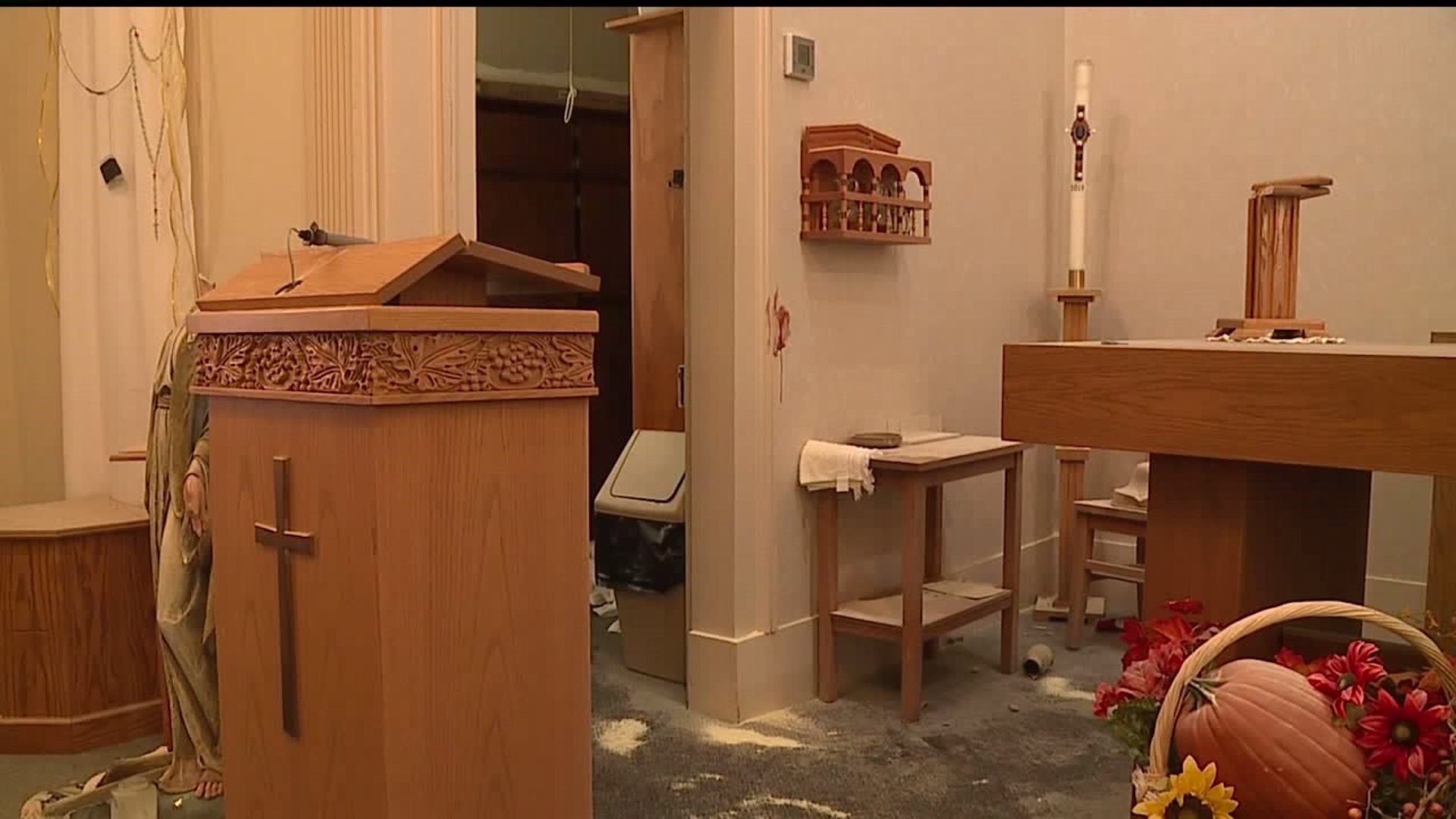 BUFFALO, Iowa -- Two churches almost next door to each other were the subject of destruction when vandals reportedly broke into them Overnight on Sunday, October 20th.

Jim Matthys, a parish member and finance council president of St. Peter's, says the vandals likely came in through a window just above an air conditioning unit, when they likely received cuts that are the probable source of blood stains found in the church. He also says St. Peters is not missing any valuables, but estimates that the damage could cost up to $40,000.

St. Peter's Sunday mass was moved to sister parish St. Alphonsus In Davenport, where the community expressed support for the small parish. "We were at mass this morning at St. Alphonso, and the priest and also the bishop of the diocese was there, he said we`re going to pray for these people because obviously that`s the only thing we can do to help them," says Matthys.

Police are investigating the incident.