Two Galesburg men were arrested on Sunday after a search warrant put out on a garage resulted in the discovery of drugs and weapons. 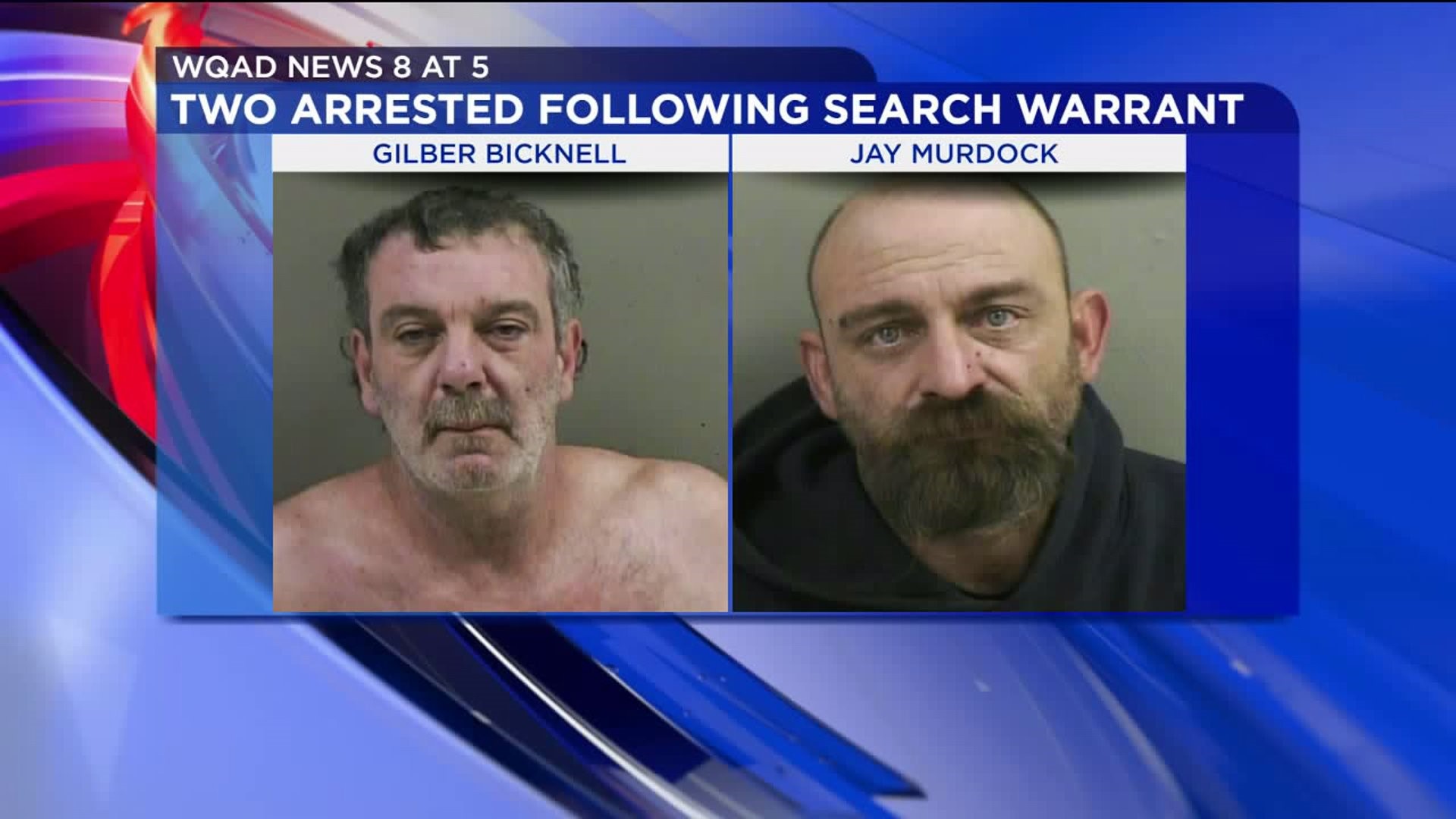 GALESBURG, Illinois -- Two Galesburg men were arrested on Sunday after a search warrant put out on a garage resulted in the discovery of drugs and weapons, according to Galesburg Police.

On Sunday, Nov. 3, the Galesburg Police Department obtained and executed a search warrant for a garage located at 481 N Cedar St. They raided the garage at about 6:20 a.m.

There, the Galesburg Special Response Team found crystal meth, heroin, and stolen items, as well as various firearms, ammunition, and other weapons. They also discovered that the garage's exterior was protected by a series of surveillance cameras.

Two men were arrested as a result of the warrant. 51-year-old Gilbert Bicknell (pictured left), who lives at the property, was arrested and charged with Criminal Fortification of Residence/Building, Theft, and various other charges for weapons and drugs. His next-door neighbor, 44-year-old Jay Murdock (pictured right), was charged with Obstructing Justice.

The two remain in the Knox County Jail awaiting a court appearance.