Tug Fest 2019 crowns its winner as the final day of the event winds down. 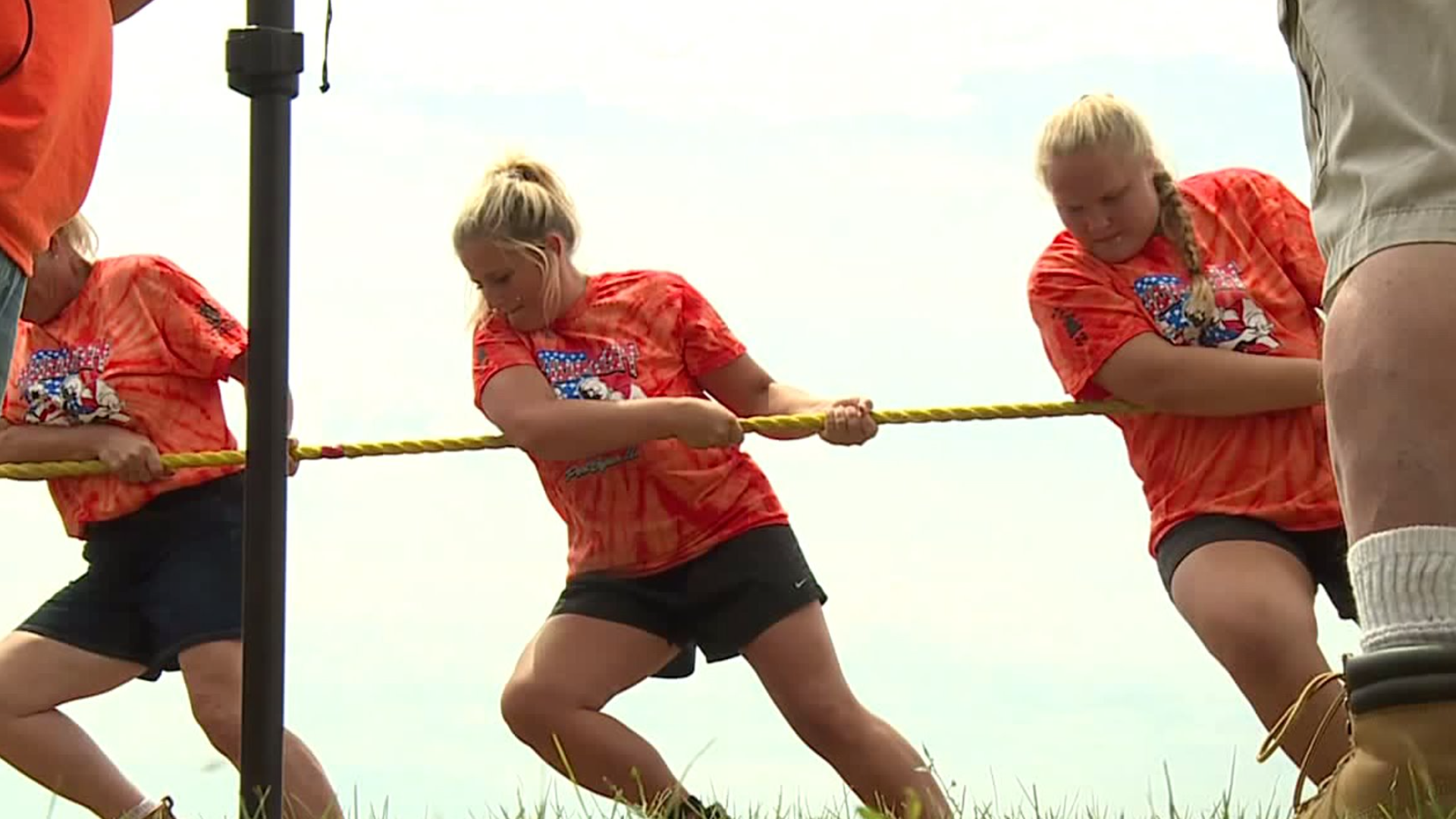 PORT BYRON, Illinois -- Another year of Tug Fest has come and gone, and the Illinois women's team continue to their undefeated streak.

The 2700 foot long, 680 pound rope was stretched across the Mississippi River between Port Byron, Illinois and LeClaire, Iowa once again for the annual event. After days of festivities, including a three-day-long carnival, live music, fireworks, and a 5K, the rope was laid out and the teams got to pulling. As always, the state that walked away with the most victories between the individual teams would get to take home the Alabaster Eagle trophy.

After hours of tugging the state of Illinois was declared the winner, winning 10 out of the 11 pulls on the afternoon. The all-women's team is also noteworthy for maintaining their undefeated streak.

Events continued throughout the night, with the carnival and live music staying open until late at night.

Continuing tradition, the event sends a portion of its profits to community organizations. This year, the money is going to the Buccaneer 4-H Club.