DAVENPORT, Iowa – Zach Cobert supports Bernie Sanders but it’s Donald Trump whose leaving the biggest imprint on his life. “Oh my God, what am I doi... 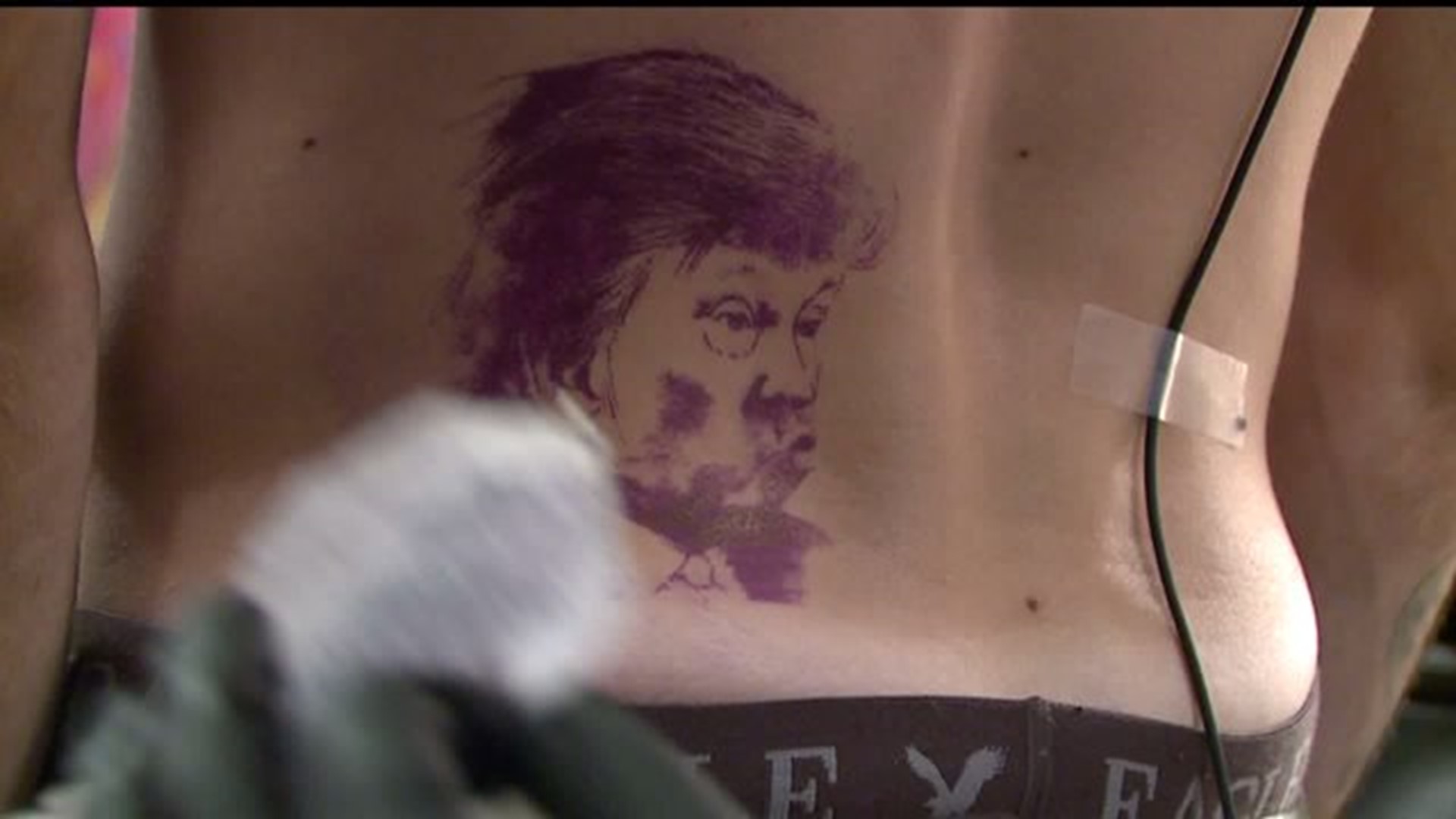 DAVENPORT, Iowa – Zach Cobert supports Bernie Sanders but it's Donald Trump whose leaving the biggest imprint on his life.

Zach is settling a bet with a buddy.   He promised to get a tattoo of Donald Trump on his body if Trump won the election.

And tonight, let the ink flow.

"You guys wanted this."

In the era of social media, Zach went to a tattoo artist and posted every mark and every drawn wisp of Donald Trump's hair live on Facebook.

"I'm thinking about my life, how it went wrong, now I'm getting a Trump stamp."

The picture was picked by his Facebook followers.    So was the location: on Zach's lower back.

No argument from his girlfriend.

"It's something that I would do so I can't call it too stupid," said fellow customer Josh.

You can question the sanity, but not the commitment.

Zach sat in place for hours as the tattoo took shape.    And it's not done yet, he has to return to get it finished.

All this for something he really doesn't want.

"I just wish I was getting a normal tattoo, something I wanted."

And it may make him re-think future bets.

Editor's Note: Content and language in video below may not be suitable for all viewers