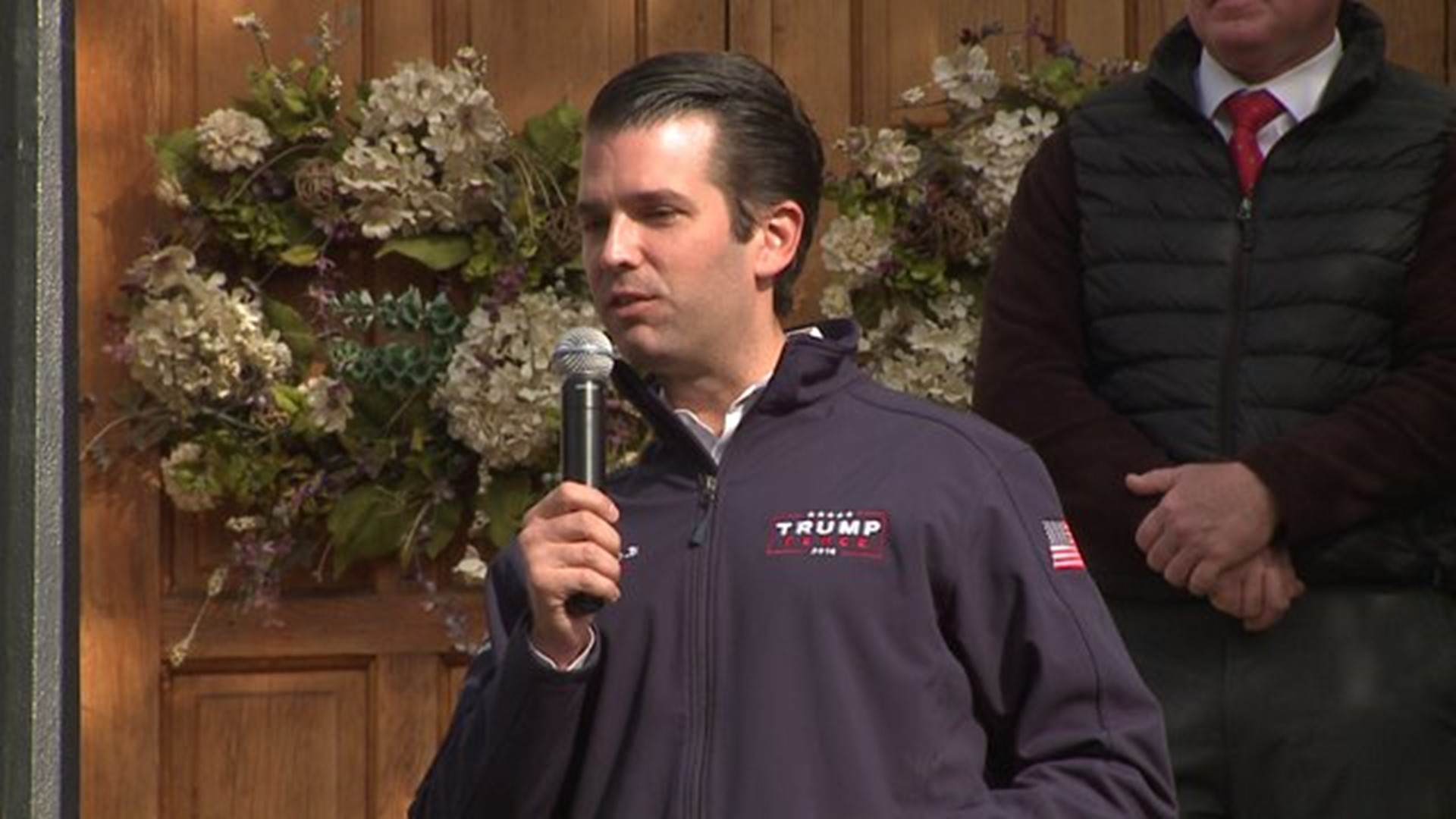 He calls it a chance to elect a president who's not a Washington insider.

The unusually mild day brought out about 200 Trump supporters to the outdoor rally.

For some, it's a time to revisit familiar themes.

For others, it's all new.

Luke Hobbs, 18, is casting a Trump vote in his first presidential election.

"It's really thrilling, actually," said the Danville High senior.  "I followed it all summer long and did a lot of research."

Trump Jr. is on a last-minute push to get out the vote.  After stops in Ottumwa and Burlington, he moved on to Michigan to make several stops before Tuesday's vote.

"From Day One, this election has been about change," he continued.  "Real change, not the sort of change where nothing actually happens."

While Battleground Iowa seems to be leaning in Donald Trump's direction, his campaign wants to make the most of every moment in the final hours.

"I went out and voted right away," said Sheila Ealey, Lee County Republicans.  "We'll try and help.  Get people to the polls.  Do whatever we can do."

After a long campaign, they're standing together at this final Iowa stop.