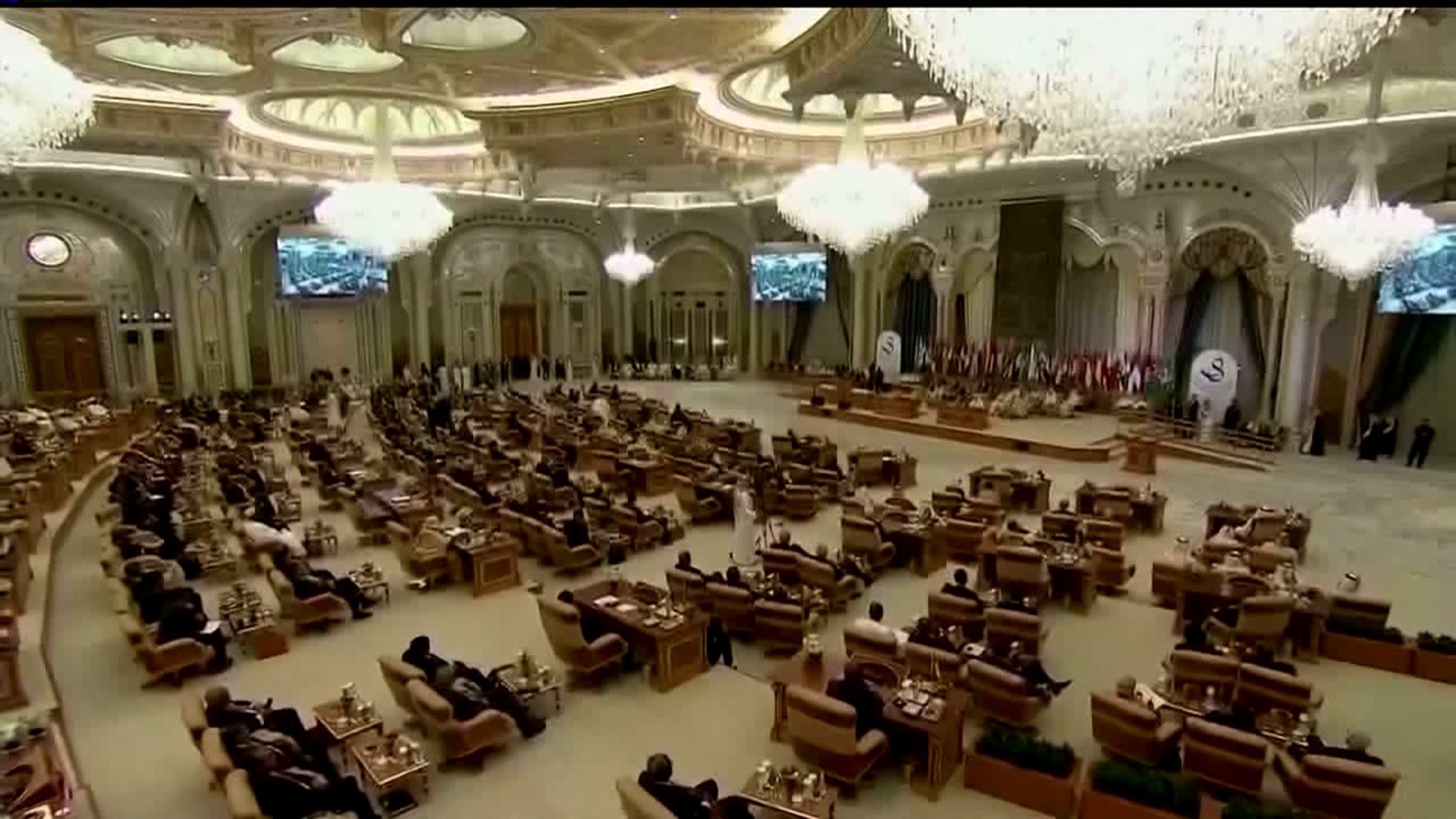 Trump spoke in the Saudi capital to leaders of 55 Muslim-majority countries. He called on those leaders to do more to drive out terrorist groups. President Trump also sought to make it clear that the U.S. is not at war with Islam.

The President also called upon every country in the Middle East to make sure terrorists aren't given "sanctuary on their soil."

The speech marks Trump's first effort to reach out to the 1.6 billion Muslims worldwide. The comments made Sunday come as a stark contrast to the slew of Islamophobic remarks Trump made on the campaign trail, calling for a ban on Muslims and declaring "Islam hates us."