President Donald Trump threatened on Thursday to impose new tariffs on Mexico if the country does not step up its enforcement actions. 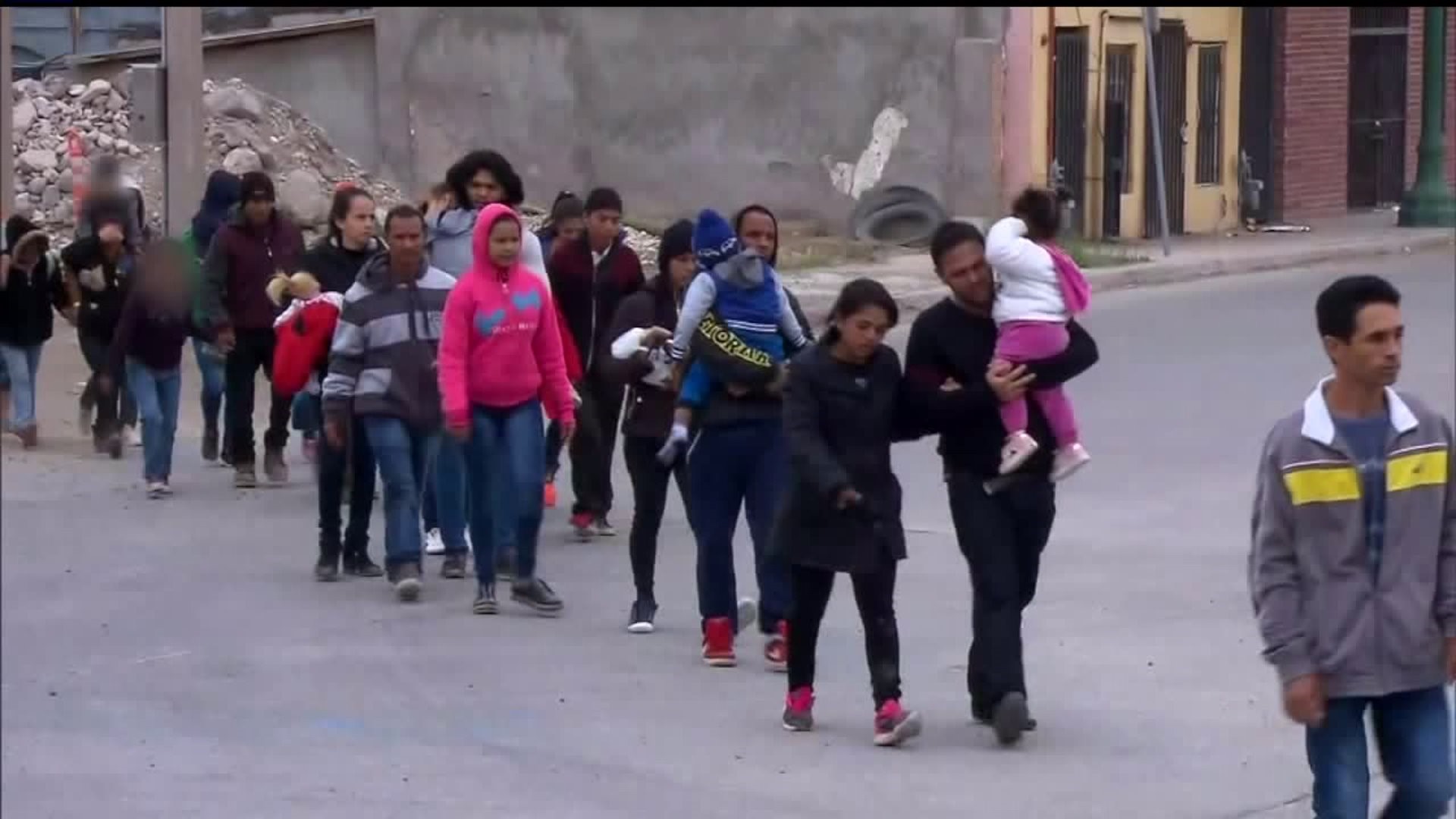 (CNN) -- President Donald Trump threatened on Thursday to impose new tariffs on Mexico if the country does not step up its enforcement actions.

Trump said in a White House statement that the first round of tariffs would begin on June 10 at 5% "on all goods imported from Mexico."

The statement said Trump would carry out his threat under authority from the International Emergency Economic Powers Act and that he would lift tariffs only "if the illegal migration crisis is alleviated through effective actions taken by Mexico."

The statement warned further that if Mexico did not act as Trump demanded, tariffs would go up to 10% by July, 15% by August, 20% by September and reach a permanent level of 25% by October.

According to the Office of the US Trade Representative, US imports of goods from Mexico totaled $346.5 billion in 2018. That includes cars and machinery as well as agricultural products.

The President preceded the statement with a pair of tweets promising that the rising tariffs would stay in place until immigration flows are cut off.

"On June 10th, the United States will impose a 5% Tariff on all goods coming into our Country from Mexico, until such time as illegal migrants coming through Mexico, and into our Country, STOP," Trump tweeted.

The announcement and tweets came on Thursday evening, which earlier Trump had teased to reporters as a "big league" announcement on immigration. The news was first reported by The Washington Post.

"We are going to do something very dramatic on the border because people are coming into our country," the President told reporters as he left the White House on Thursday morning.

Trump has threatened Mexico with tariffs in the past as he has grown frustrated with the flow of Central American migrants to the southern US border. He last made this threat in April amid another threat to close the border with Mexico. After walking back that threat, he suggested that tariffs would be a more effective means to pressure Mexico to do more.

"Before we close the border we'll put the tariffs on the cars," Trump told reporters. "I don't think we'll ever have to close the border, because the penalty of tariffs on cars coming into the United States from Mexico at 25% will be massive."

In the last several days there has been a mass of migrants apprehended crossing the border illegally. On Wednesday, a group of more than 1,000 were apprehended by the Border Patrol, which one Department of Homeland Security official said was the largest group of migrants ever apprehended together. According to the official, the migrants, made up of mostly families, turned themselves in.

There is growing frustration with Mexico in the administration. US officials are not seeing a corresponding decrease in apprehensions at the US border with Mexico as a result of the country's enforcement actions at its own southern border.

If Trump makes good on a tariff threat against Mexico, it is not clear how that would affect the United States-Mexico-Canada trade deal, which the administration is pushing Congress to ratify.

The Trump administration also recently released the principles of an immigration bill that would tighten asylum criteria and shift to a merit-based immigration system. But that plan has little chance on Capitol Hill and has been dismissed by even Republican lawmakers as more of a statement of principles than legislation intended to become law.

Trump continues to be frustrated by the difficulty of changing immigration law through Congress and with the asylum process, which he has complained is rife with fraud.

Investment Advisor Mark Grywacheski digs into the numbers Monday, June 3 and explains how the tariffs are affecting the American economy. Your Money with Mark airs in between 5 and 5:30 a.m. on Mondays during Good Morning Quad Cities. To live stream our newscast, click here.