Truck crashes into a house on Avenue of the Cities

A man was sitting in his living room on February 19 when a white pickup truck came crashing into the front of his home. 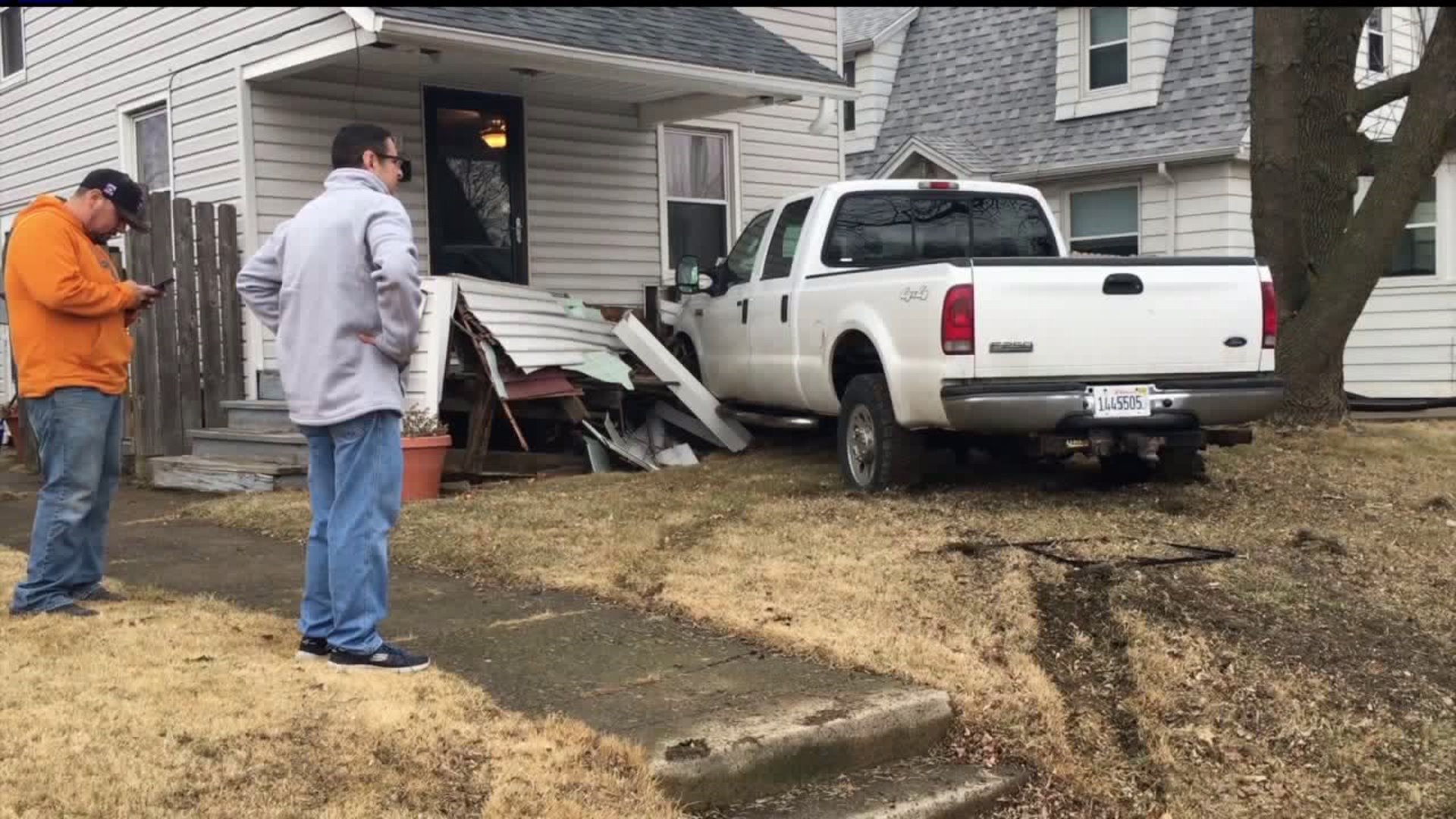 MOLINE, Illinois - A man was sitting in his living room on February 19 when a white pickup truck came crashing into the front of his home.

"I was just sitting on the couch, with my dogs, watching T.V. and all of a sudden the house just shook," said Jerry Martinez who lives at the home stuck located at 2321 Avenue of the Cities in Moline, near the entrance ramps to I-74. "I got up and looked out my front door and I see that the truck just destroyed my whole front porch."

Martinez said nobody inside the home was hurt during the crash.

The driver of the truck was on the scene when WQAD arrived, but did not want to be interviewed. He said he was not injured in the crash.

A eyewitness said there was a second car involved in the crash. People in that vehicle were taken to the hospital with injuries but there has been no official word on the extent of their injuries right now.

Traffic on Avenue of the Cities was able to continue moving along during the time of the crash, causing very few delays.

Moline Police and Moline Fire Department responded to the crash.

The investigation into the crash is still ongoing.

This is a developing story. WQAD is continuing to learn new details about this story. Check back for updates.