Latrice Lacey faces three counts of domestic abuse and one count of first degree harassment for attacking a man with a sledgehammer last year. 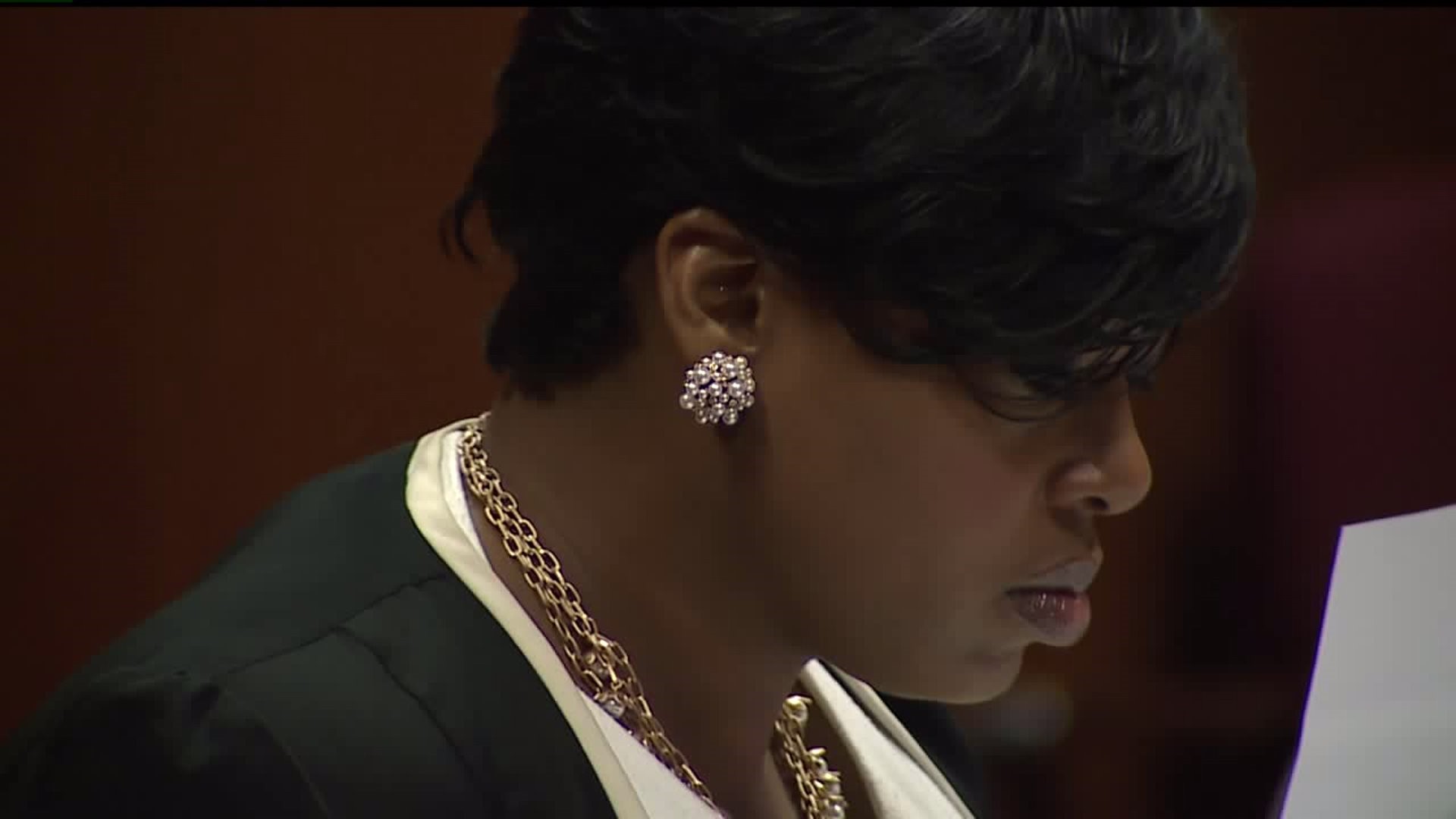 DAVENPORT, Iowa – Opening statements took place in the trial against Latrice Lacey.  She is accused of attacking a man with a sledgehammer who she once lived with.

Lacey is the Director of the Davenport Civil Rights Commission. She faces three counts of domestic abuse and one count of first-degree harassment.

Lacey sat in a Scott County courtroom Tuesday, March 19 intently listening to the opening statements and the seven witnesses brought to the stand before her.

“What happens next takes things up a notch, she hits him in the face,” says Scott County Attorney, Samuel Huff.

The man accusing Lacey of the attack, Clyde Richardson, wasn’t in the courtroom as Lacey’s attorney, Murray Bell, put some blame on him.

“Mr. Huff forgets to mention he climbs in the car on top of her,” says Bell.

Lacey is accused of using a sledgehammer to attack Richardson on April 30th, 2017.  Richardson and Lacey once lived together.  Police say it all happened on the 400 block of Pershing Avenue in Davenport.  Witnesses say the attack occurred outside McDonnell and Associates, the place where Richardson worked.

“I remember the noise like anything else,” says witness Emily Gordon. “I could hear screaming and it was clear someone was angry.”

Gordon said she remembered walking out of her apartment across the street and heard what sounded like a fight. But it was another witness, a co-worker of Richardson, who said he saw it.

“He raised his arms in this manner to protect himself,” says Derrell Kendricks, demonstrating the action.

Another one of Richardson’s co-workers, Mark McDonnell, agreed.

“She got in the front seat, pulled out the sledgehammer and started swinging,” says McDonnell.

He said he’s sure it was Lacey with that sledgehammer police found that spring morning.

The defense says Lacey confronted Richardson in the first place because he had damaged her property.  They also say the sledgehammer was used to protect herself.

The trial will continue Wednesday at the Scott County Courthouse.