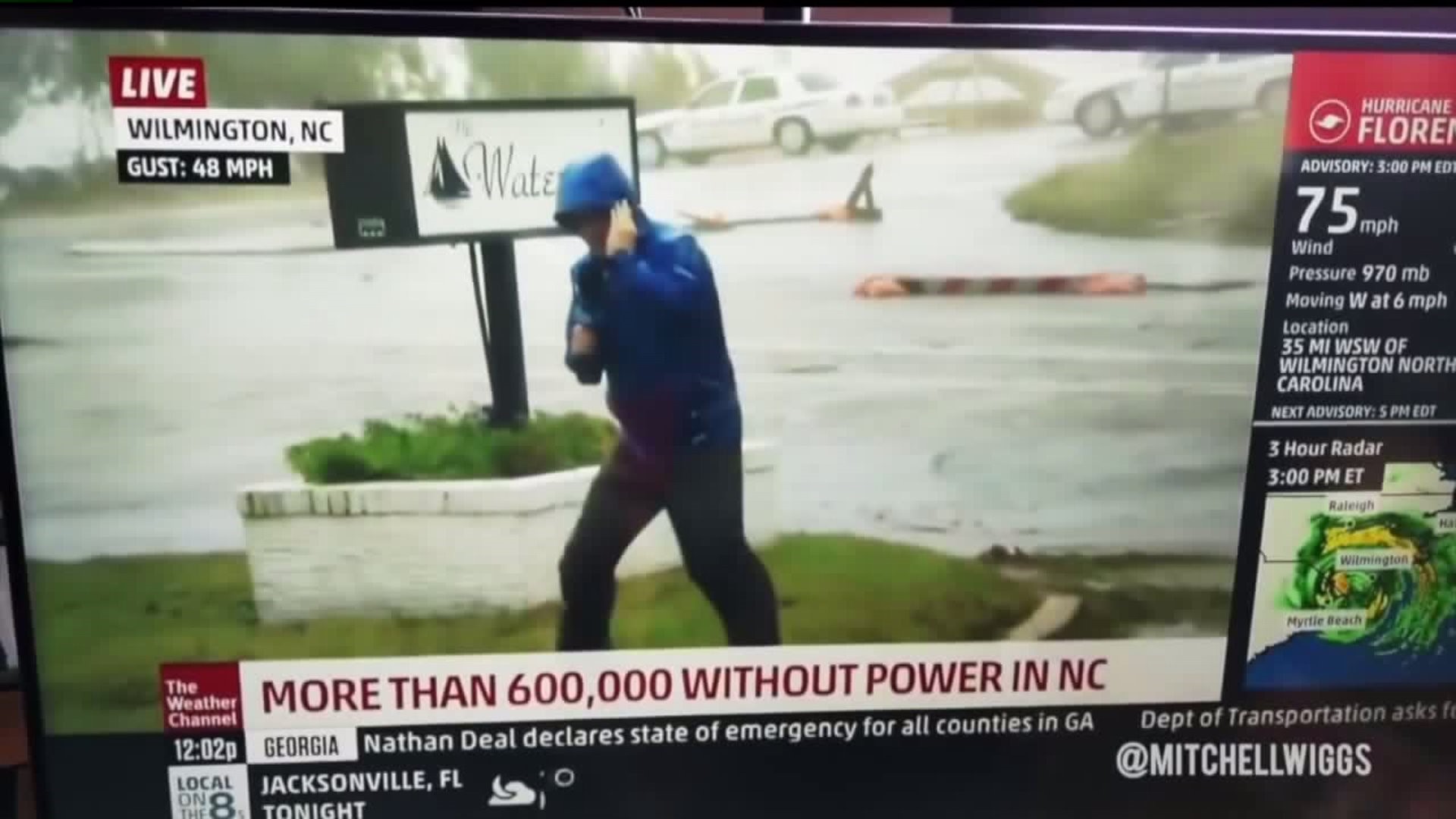 WILMINGTON, North Carolina -- A video is trending of a meteorologist bracing against the wind of Hurricane Florence. However, people are denouncing this as "fake news" after seeing two men casually strolling by in the background.

Mike Seidel from the weather channel was reporting on Hurricane Florence, which made landfall on Thursday as a Category 2 storm. The screen shows current wind speeds in Wilmington at 75 mph. Seidel, standing on a lawn in town, braces himself against the wind.

At that moment, the video shows two people walking behind him on the opposite side of the street seemingly unaffected by the weather. It's clear that it's raining and you see wind whip at Seidel's clothing. How can this be?

News 8's Eric Sorensen said this a common way to make shots look windy. Wind sheers deflect off of buildings and create pockets of intense air flow. Other spaces that are more open may not experience wind in this way. It may be a bit of movie magic, but it's not a false depiction because that the wind he was standing in was real.

People on social media are attacking Seidel and news in general for being "fake" over this wind controversy. Some have even brought up an old photo of CNN's Anderson Cooper standing waist deep in water to further propel this narrative.

There are a few reasons why this can be perceived as misleading. Watch News 8's Eric Sorensen explain. 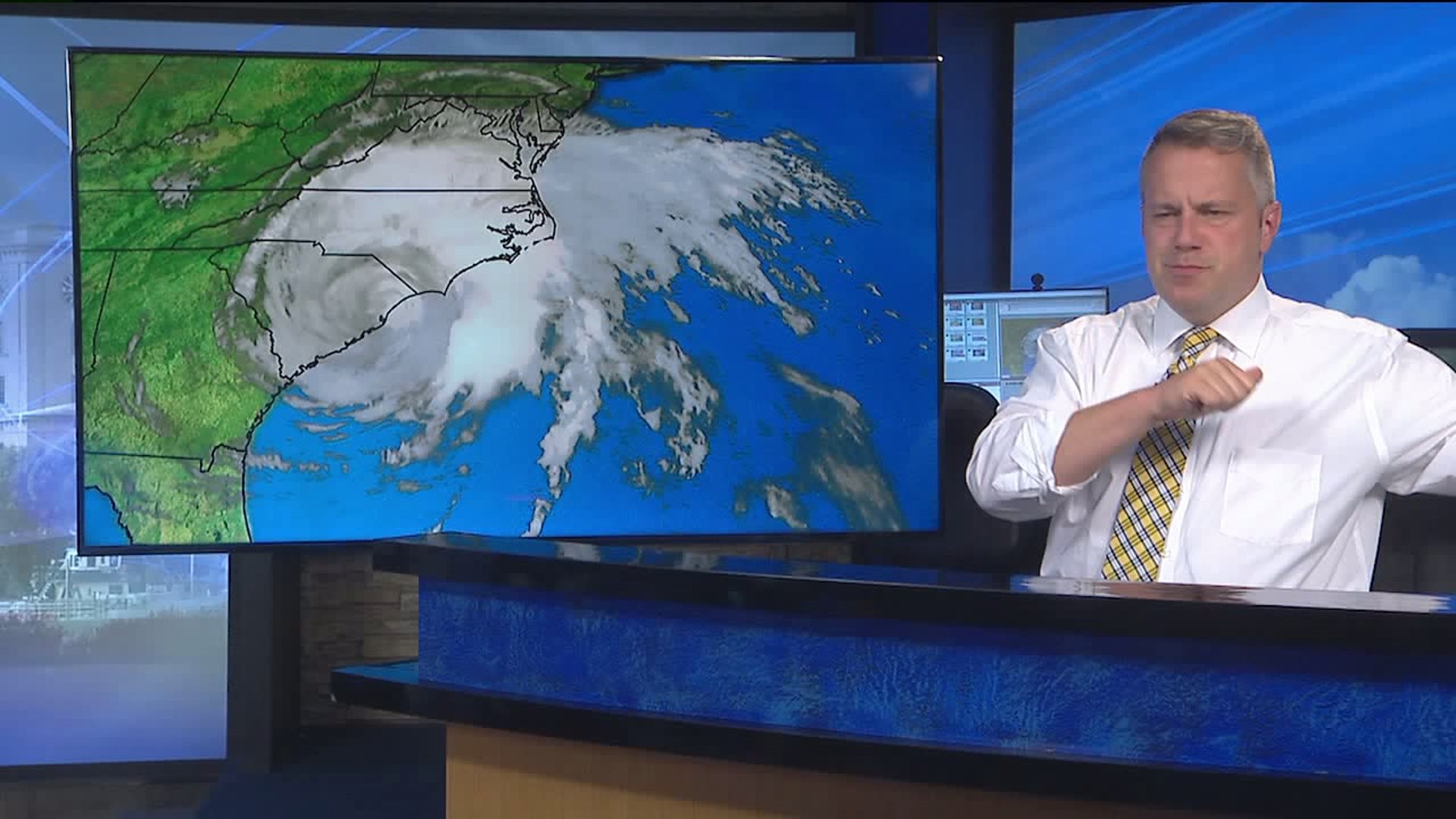 Seidel was clearly standing in wind. We also know wind is fairly unpredictable and doesn't move in sustained speeds the same way through cities. Also, there was an actual hurricane, and it was very windy. This was a depiction of some of that wind.

Some big names, including Donald Trump Jr., posted this photo of Anderson Cooper as a response to attack the media for "lying to try to make @realDonaldTrump look bad." The problem is this photo is from Hurricane Ike 10 years prior.

It’s a shame that CNN’s ratings are down 41%. What’s worse is there’s a simple solution that they refuse to accept. Stop Lying to try to make @realDonaldTrump look bad. https://t.co/O3XyWchsJh pic.twitter.com/BCUCxKnOvO

Cooper was demonstrating how quickly a few inches of water can turn into several feet as a way to warn people about driving into floods.

Whether Seidel dramatized the shot is up for debate. However, this is not "fake news" because it depicts what was actually happening. Attempts to make it look fake are simply examples of  disinformation.